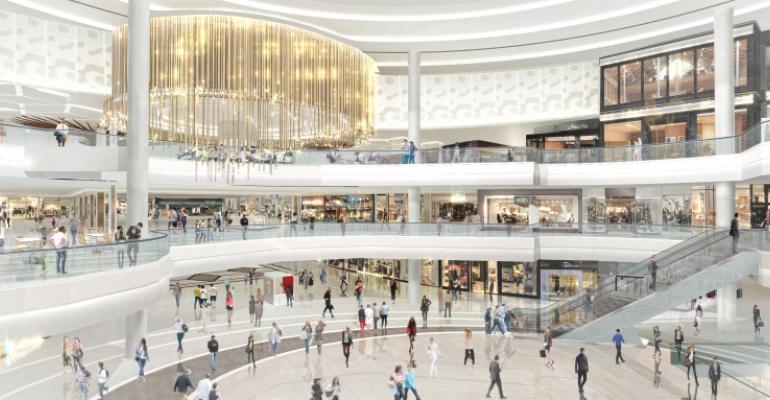 Mall Investment Sales Volume Is Down, But Investors Are More Willing to Buy Lower-Tier Assets

With the continuing retail bankruptcies, store closures and the overall upheaval in the physical retail sector, do investors still have interest in buying U.S. malls?

It all goes back to the case of the “haves” and “have-nots.” Strong-performing, class-A destination malls boasting experiential retail are still highly sought after by investors. However, there aren’t many of those up for sale. The country’s best malls are controlled primarily by the REITs as long-term holds, and they’re in no hurry to sell them off.

On the “have-nots” side, malls still using the old model of traditional department store anchors and a stagnant line-up of mall staples are struggling. Some industry experts say there’s more of a play to acquire these underperforming class-B and C- properties at a discount and reposition them.

Mall transaction volume is significantly down this year compared to 2018, notes Matthew Schreck, senior quantitative strategist at Ten-X Commercial, an online real estate marketplace. Mall investment sales volume totaled nearly $9.7 billion in the first half of 2018, but reached only $937 million in the first half of 2019, according to Real Capital Analytics (RCA), a New York City-based research firm. In the second quarter, mall investment sales volume was down 92 percent compared to the year before. In its analysis of deal volume, RCA includes sales of $2.5 million or greater, including portfolios, entity-level acquisitions and single-asset deals.

“We’re far off the pace of the… billions in malls that traded in full-year 2018,” Schreck notes.

However, there’s a huge caveat, he notes. M&A activity and entity-level transactions drove a massive portion of last year’s deal volume in the sector, as Brookfield’s takeover of GGP alone totaled $15 billion, he says. Similarly, Unibail-Rodamco completed its acquisition of mall operator Westfield Corp. last year in a multibillion-dollar deal.

The low interest rate environment of 2019 has propped up returns for REITs this year and made M&A transactions less desirable, taking that part of deal volume out of the equation, Schreck says.

“It’s easier for the big REITs to generate returns without having to resort to M&A activity,” he says. “So, we’re not seeing a lot of it. And then you’re really left with the individual property sales and there are very few. There were relatively few last year, but it was masked in the broader numbers by all of the entity-level deal volume that puffed those overall figures up.”

When a property is selling in a one-off transaction, it’s not typically the best asset, notes Jim Costello, senior vice president at RCA. “It’s typically an older mall that someone is pruning from their portfolio. So, if you’re only focused there, you’re focusing on the dregs. If you look at total activity—individual malls, portfolios and whole companies that are sold—you’re talking about total capital flow into the sector.”

Not all malls are created equal

It’s tricky when talking about the mall sector, because there’s no one story that applies to every mall, Costello says. “There are clear winners and losers,” he notes.

On one end of the spectrum are flailing, lower-tier malls with tired retailers and burnt-orange carpet, perhaps in weaker markets facing economic challenges. On the other end are high-performing malls in bustling markets packed with tourists and high-income residents. In most cases, these types of malls are not on the market, however; it’s the one-offs that are.

If you’ve got an asset that’s one of the best of the best, why would you sell? Costello asks. If you need capital for some project, for example, refinancing is still an option today.

“Why bother testing an uncertain retail investment sales market where everybody is trying to downplay the value of the [property]?” he says. “So, go and get refinancing. And if you have the best-of-the-best asset, it has already survived this far into this whole world of internet shopping. It’s not going away.”

All retail investment sales activity is down

Overall, retail investment sales volume is down 42 percent from a year earlier.

“Mall stuff is down, but everything is down,” Costello notes. “And it’s not just the case of the mega-deals not happening.”

Less than $1 billion in mall sales have been posted year-to-date (through August), RCA reports. And it comes down to “just a handful of older assets trading at the bottom of the market,” Costello says.

Update on the mall sector

“E-retailers continue to push the envelope, and we’re still seeing higher vacancies, slower rent growth and the general stagnancy of physical retailers in certain types of shopping centers… and malls are part of that,” Schreck notes.

“The story with malls has been that the class-A, premium, high-profile product has been good, and the B and C stuff that needs redevelopment or a new tenant mix, that’s the stuff that’s been struggling,” Schreck says.

In terms of mall sales that have closed in the past year, only a couple involved class A-type trades. One was the mall dubbed 6x6 in the Mid-Market neighborhood of San Francisco, which sold for $150 million.

“But it was built and never really occupied,” Schreck says. It remains vacant today. “Even there, the buyers are taking sort of a speculative risk.”

“But those are the exceptions,” Schreck notes. “A lot of the individual mall trades have been smaller centers in need of redevelopment, located in tertiary or non-metro market areas bought by mom-and-pop, individual developer/owner /operators.”

They’re small players that may have their own investment strategy, but there’s “no coordinated bounce-back out there for malls right now, especially for the lower scale,” Schreck says. He also notes that mall cap rates have been sitting in the mid-6 percent range for the past year.

Ranked by metro, Las Vegas has had the most mall sales over the past five years and posted twice that of the No. 2 market Honolulu (in terms of mall sales), Denham notes. “It’s not the bigger markets like Los Angeles, New York and Chicago, but more areas that are very touristy. A lot of niche investors are still interested in these markets.”

Moody’s Analytics Reis tracked mall sales of about $800 million in 2018. That figure didn’t include the GGP/Brookfield sale, because it was a REIT buyout and Brookfield already had partial ownership of GGP. Denham says they didn’t consider that a property sale.

Pick-up in activity for lower-tier malls

So far in 2019, mall sales volume is at around the same level as in 2017 and 2018, according to Drew Myers, a senior consultant with research firm CoStar Group. CoStar’s data excludes bulk portfolio deals and instead provides a dataset designed to capture investment activity in smaller deals and single-mall transactions.

Myers says class-A destination malls are still in demand with investors. However, there are only 400 malls remaining in the U.S. and only about 30 percent of them are classified as class-A.

“Sometimes there’s not as much transaction volume in the A-mall space just because we don’t necessarily see a lot of them hit the market,” Myers says. “That’s really the only inhibitor of more volume for the A-mall space.”

In fact, average cap rates on transactions involving class-A malls went down by 157 basis points between 2011 and 2015, according to CoStar. They are now trending in the 6-percent range or lower. “That’s a good sign of the overall health of the A mall market,” Myers notes. “Investors are willing to pay up and cap rates remain pretty low.”

However, the properties that are trading today are not necessarily the same type of product that was trading a few years ago. More lower-quality malls are hitting the market, Myers says, and there’s “more diversity in terms of the buyer.”

While demand is still there for high-quality, fortified malls, more investors are willing to take on a class-C mall, whether it’s for a long-term hold or a redevelopment play. Generally, cap rates for class-A assets are around 200 basis points lower than for class-B and -C malls.

“The current stability in the class-A cap rate is in direct contrast to what we see in the B and C malls where we’re tracking an uptick in cap rates,” Myers says. Cap rates have ticked up by about 90 basis points for class-B malls and about 70 basis points for class-C malls over the last few years relative to earlier in the cycle.

And while transactions involving class-A malls have declined due to lack of supply for sale, there are more deals involving lower-tier assets, Myers notes.

“We’re seeing REITs and larger mall owners offload some of their weaker-performing assets,” he says. “We’re also seeing on the demand side investor willingness to take on some of the challenges with the weaker-performing malls or the malls that might be more likely to struggle down the road.”

Think of an opportunistic-type buyer that will acquire and convert the mall site into a mixed-use development, he says. In many cases, these class-B and class-C malls boast prime land sties.

“There’s willingness to take on that high vacancy to buy a mall at a discount, and oftentimes, the play may be for the value of the land alone,” Myers says.