https://www.wealthmanagement.com/sites/wealthmanagement.com/files/logos/Wealth-Management-Logo-white.png
Recent
Recent
Nine Must Reads for CRE Investors Today (Jan. 27, 2022)
Jan 26, 2023
Lacking Property Sales Data, Appraisers Look to Other Marketplace Drivers to Value Assets
Jan 26, 2023
The Healthy Advisor: Beating the Odds and a Fresh Perspective on Life With Robert Steinberg
Jan 26, 2023
The Price Is Right for Morgan Stanley Bankers’ WhatsApp Lapses
Jan 26, 2023
Blackstone Gets Extra $500 Million From University of California
Jan 26, 2023
Featured
The 10 Biggest Tax Crooks of 2022
Jan 23, 2023
The 12 Best Business Books of 2022 for Advisors
Nov 23, 2022
The Most-Revealing Onboarding Questions Advisors Ask
Jan 09, 2023
How Well Do You Remember 2019?
Jan 03, 2023
Coronavirus
brought to you by 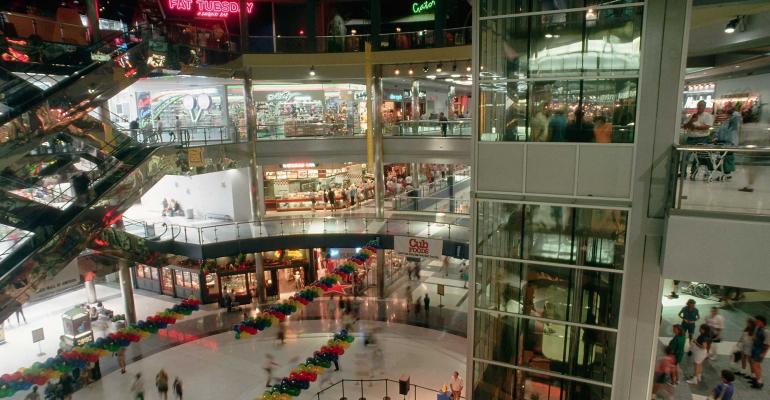 Mall of America Is Facing a Complicated Debt Situation. But It Might Be Too Big to Fail.

The mall’s owners entered into an agreement with lenders to avoid foreclosure. Now what?

Like many U.S. malls, the massive, 5.6-million-sq.-ft. Mall of America in Bloomington, Minn.—the nation’s largest mall—was forced to temporarily shut down in March to help slow the spread of the coronavirus.

While the mega-mall has gradually been reopening since June, foot traffic is down and the owners are grappling to collect rent from retailers, restaurants and entertainment venues at the property. Entertainment concepts at the Mall of America include the indoor Nickelodeon Universe theme park, which reopened in August and is operating at a reduced capacity due to COVID-19 restrictions.

The mammoth complex boasts more than 500 stores, roughly 60 restaurants and other attractions, including the Sea Life Aquarium, the LEGO Store, FlyOver America and CMX movie theaters.

According to an August report by data firm Trepp, payments on the mall’s $1.4-billion mortgage were made through April, but were delinquent for the next three months. (Trepp’s September data rolls out on Sept. 17).

The mall’s landlord is Canadian-based Triple Five Group, which is owned by the Ghermezian family.  Triple Five entered into a forbearance agreement with the special servicer on its loan that would provide it with enough cash to avoid foreclosure. A Mall of America representative declined to comment on the missed mortgage payments or the servicing process.

Tenant rent collections increased from 33 percent in April to 50 percent in July, Trepp reported, as more retailers and restaurants reopened. The Star Tribune reported that in August roughly 85 percent of the mall’s retailers had reopened. The property is under pressure with the reduced number of shoppers during the health crisis. On a normal day, the mall says it averages 100,000 to 150,000 visitors.

Malls across the country are dealing are with reduced rent collections and significantly less foot traffic. They’re also struggling with bankruptcies of department stores and apparel retailers as more consumers are shopping online. E-commerce activity picked up steam when the pandemic began and stores temporarily closed. As stores have reopened, many shoppers are still avoiding crowds.

“Of all the retail types that have been whacked, malls are right on the top of the list for the biggest impact just because it’s a bunch of people,” says Deb Carlson, a director in the Twin Cities office of real estate services firm Cushman & Wakefield. “A mall is an event. And we’re not going to events anymore—whether it’s concerts or malls. Traffic at all of the malls is quieter, and certainly, you’re going to see that even more so at Mall of America.”

The Ghermezians own three of the four largest malls in North America. In addition to Mall of America, the other two are West Edmonton Mall in Alberta, Canada, and the struggling American Dream mega-mall in the New Jersey Meadowlands outside of New York City.

The Ghermezians offer experiential retail and entertainment destinations, which many believed were internet-proof. Then the pandemic hit, consumers became anxious over the spread of COVID-19, and even “internet-proof” malls began losing out to online competition.

This dynamic is taking its toll. Mall of America said it plans to lay off 211 people as of Sept. 30 and might have to extend the furloughs of up to 178 others.

“When the year began, no one could have predicted the enormous challenges we would face as a business, a community and as a nation,” the Mall of America spokesman said in an emailed statement. “While we continue to make progress at Mall of America, the road to recovery is going to be slow.”

The mall’s finances are complex

To make matters more complicated, Triple Five pledged a 49 percent stake in the Mall of America and a similar stake in the West Edmonton Mall as collateral when it secured financing for American Dream, linking the properties.

American Dream finally got built after nearly two decades of delays, bankruptcies and lawsuits. The mega-mall was less than a week away from opening its retail wing when the state closed down due to the health crisis.

“It never really opened in full in earnest. Just when it was set to open 12 years ago, we got hit with a great financial crisis when borrowers defaulted. Twelve years later, they’re ready to open, and we got hit with a pandemic and the pandemic closes them. And not only does it close them, but it takes some of their would-be tenants.”

Bankrupt Lord & Taylor and Barney’s, for example, were both slated to fill the American Dream’s retail section.

“And of all things, one of their big attractions was a water slide park. (It’s DreamWorks Water Park, which mall owners say is the nation’s largest indoor water park). Nobody wants to be near that. Terrible timing. Terrible luck,” Clancy adds.

Mall of America works with lenders

Despite challenges, retail experts anticipate that lenders will continue working with Triple Five on a solution for the Mall of America. They say the forbearance agreement gives the mall owners some breathing room to build back up the property’s finances as rent payments begin to return. It effectively places the mortgage in a stand-still arrangement, according to Nick Egelanian, retail consultant and founder/president of SiteWorks Retail Real Estate Services.

“Given the complexities of the three malls’ ownership and financing, along with the cross collateralization of the Mall of America with American Dream, I suspect that the Ghermezians are in negotiations with multiple lenders, bondholders and equity holders regarding the various properties and loans in question,” Egelanian says.

“It’s anyone’s guess how this will end up, but I am willing to bet that Triple Five will end up in control of all three malls when the dust settles, perhaps, with some change of terms and even some transfer of ownership interests.”

“As I have said before, the only thing worse for the lenders than having the loans in default would be not having the Ghermezians to operate the properties,” Egelanian adds.

‘Too big to fail’

The Mall of America generates nearly $2 billion in economic activity annually, according to Triple Five.

“I think it’s one of those assets that for the state of Minnesota, it’s too big to fail,” Carlson says. “When it gets to it, probably a combination of the state and the county and the city will have to help. [The mall] asked for assistance and didn’t get it, but it’s not the last ask.”

The mall’s owners requested tax relief due to the pandemic, but state legislators were divided on the issue and it wasn’t granted.

Much of the responsibility, however, falls on the mall, Carlson points out.

For example, Carlson says the mall has a very high rent structure, and she believes it’s going to have to be creative with its economic structure and offer tenants rent deals to attract and retain them. That’s because the “bar has been lowered” for a while on what kinds of sales retailers can achieve.

Carlson adds that that the mega-mall had some vacancies pre-COVID-19 and the pandemic “simply exasperated it.”

‘Doing everything in their power’

“Mall of America is doing everything in their power to stay open and would be a great loss to the Twin Cities if they don’t,” says Kim Sovell, a professor of marketing at the University of St. Thomas in the Twin Cities.

Other malls and retailers are doing the same while consumer behavior is rapidly changing, she notes. “Pivoting to meet consumers’ needs takes time and retailers and malls do not have the luxury of time right now.”

Malls were in flux prior to the pandemic and temporary closures. Ones that had taken strides to offer more than shopping were better prepared for changes in consumer demand, but not for closures, she notes.

“Being an entertainment destination when entertainment has dropped in value for consumers has made the situation more tenuous,” Sovell points out. “When we finally get ahead of this virus, it will be interesting to see who’s still standing and what they did to remain vital.”