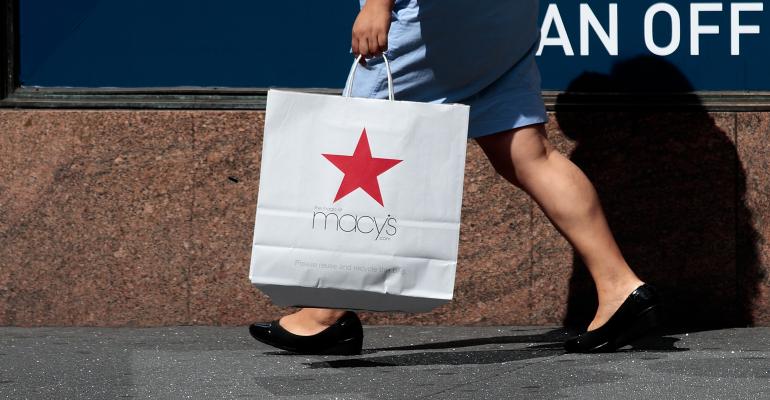 Macy’s Will Be Closing 125 Stores. How Bad Is This News for the Regional Mall Sector?

We spoke with Barbara Byrne Denham, senior economist with Moody’s Analytics REIS, about the potential impact of the closings.

Regional mall landlords are having a busy start to 2020. Just a day after news emerged that Simon Property Group and Brookfield Property Partners will be buying bankrupt mall mainstay Forever 21 in order to keep the chain afloat, Macy’s announced it will be closing 125 of its stores over the course of the next three years. The news is not entirely unexpected—our contributing writer Liz Wolf included a forecast for hundreds of Macy’s closings in her tally of potential 2020 store closings—but it clarified that the department store chain would like to take its focus away from the mall sector, according to comments made by Macy’s CEO Jeff Gennette during an investor presentation on Wednesday.

To gauge the likely impact of the Macy’s announcement on regional mall owners, we spoke to Barbara Byrne Denham, senior economist with Moody’s Analytics REIS. Moody’s Analytics REIS researchers estimate that out of 350 Macy’s stores it was able to track, including those that are leased and those owned by the retailer, 325 are located in regional malls, 15 are located in power centers and 10 are in neighborhood/community shopping centers. The current average vacancy rate for the submarkets where those Macy’s stores are located is at 9.5 percent. If one-fourth of those stores end up closed, about 16.5 million sq. ft. of vacant space would be returned to the market, and the vacancy rate would jump by 70 basis points, to 10.2 percent. (USA Today has published a list of where the initial closings will take place.)

Here, Byrne Denham offers some context for what those numbers might mean for the regional mall space.

NREI: What was the outlook for property fundamentals in the regional malls space before this week’s announcement?

NREI: What has been your outlook on rent growth at regional malls for this year?

Barbara Byrne Denham: I think so far, rent trends have shown very, very low, but positive growth. But we are forecasting declines in 2020 and 2021, though they are not going to be dramatic.

NREI: How much of a disruption is the announcement of the Macy’s closings likely to cause? Some industry watchers expected to hear about more closings, but did they think the number would be this high?

Barbara Byrne Denham: Macy’s is just kind of the biggest retailers in the country, so it’s definitely a major event. It’s been a slippery slope [with the closings]—you close a few Macy’s locations, and then you get less foot traffic, and then with less foot traffic, more stores close, and people are shopping online more. If it’s a quarter of their stores that are closing, that’s 16.5 million sq. ft. of space, which is kind of a lot, most of the Macy’s stores are about 300,000 sq. ft.

NREI: What are some steps that regional malls landlords can take to contain the damage from these large-scale anchors exiting their properties?

Barbara Byrne Denham: I would say a lot of mall operators are considering other uses for those spaces—selling to another developer, or converting it to self-storage, or converting the space into a movie theater. It’s very doubtful that they would be able to get another traditional retail user into that space. But a lot of those stores, assuming they are in healthy markets—there will be demand for that space. And the difference between a Macy’s and a Forever 21 is that the Macy’s is [often] at the end of the property, so you can convert it to something else without disrupting the whole mall.

NREI: Do you have any additional thoughts about what this will mean for the health of the regional mall sector?

Barbara Byrne Denham: The conventional wisdom is that millennials kind of don’t like malls. But my observation is that Generation Z, they do like malls. My kids like to go to the mall, they get together with their friends there, they are excited about it. So, I feel like the mall concept is definitely not as dead as you think. More malls will close, but others will repurpose themselves, add some entertainment, and they will survive. I think we will just look back at this as a very, very big transition period.