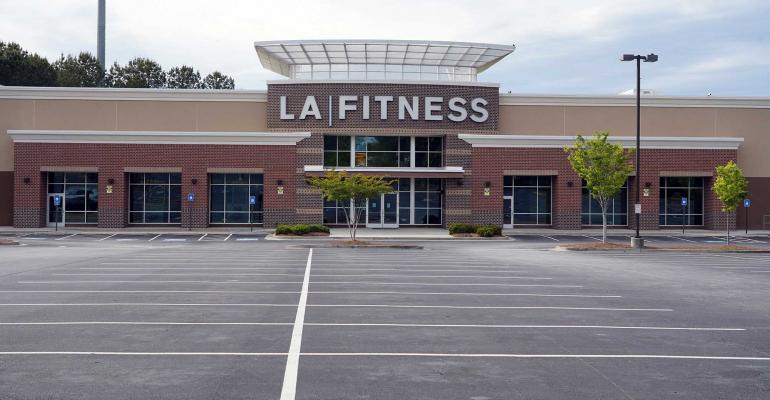 The fitness chain, which is already operating on a forbearance agreement, is seeking a deal with lenders to shore up liquidity.

(Bloomberg)—LA Fitness International LLC is weighing options including a capital raise to ease its roughly $1.7 billion debt load and keep its gyms operating during the pandemic, according to people with knowledge of the matter.

The fitness chain is seeking a deal with lenders to shore up liquidity, said the people, who asked not to be named discussing a private matter. LA Fitness is already operating under a forbearance agreement that expires Oct. 15. Advisers from PJT Partners are representing lenders in talks with LA Fitness, and they’ve reached out to the company in recent days about working toward a consensual deal, the people said.

Like many of its competitors, LA Fitness deferred some rent payments to preserve cash while its locations were closed to help stem the spread of Covid-19. The delayed payments are coming due in the next few months and the company may need to raise new money from existing lenders or outside parties to cover rent and other operational costs, the people said.

Robert Wilson, general counsel at LA Fitness, said the chain has been in contact with lenders and PJT “to appropriately address the company’s liquidity and its successful emergence from the Covid closures.” The firm hasn’t hired its own advisers, Wilson said, and it isn’t weighing a bankruptcy filing at this time if the talks with lenders fail.

A representative for PJT didn’t provide comment. The Wall Street Journal reported earlier on the hire of PJT and debt talks. The Irvine, California-based chain’s restructuring plans remain fluid and could change depending on market conditions and virus-related openings and closings, the people said.

LA Fitness started in 1984 with a single suburban location near Los Angeles, according to the company’s website. It’s backed by founders Louis Welch and Chinyol Yi, along with Seidler Fitness Holdings II LP. Welch continues to serve as the company’s chief executive officer.

The company expanded through acquisitions and organic growth to over 730 clubs in 27 U.S. states and two Canadian provinces, according to Moody’s Investors Service. The chain was already heavily indebted before the pandemic hit and generated around $2.1 billion of revenue for the 12 months through March 31, Moody’s said.

The company faced a liquidity crunch as 2020 ground on, and Moody’s cut LA Fitness’ credit rating after a surge of Covid cases forced management to shut gyms in California and Arizona a second time. Those states generate more than 20% of the company’s total revenue, Moody’s wrote.

A key measure of the company’s debt relative to earnings is expected to rise above eight times by the end of 2020 and remain high in 2021, according to Moody’s. LA Fitness fully drew on its revolving credit facility during the pandemic and is burning cash, the ratings company said.

LA Fitness’ $675 million term loan due 2025 was quoted Tuesday around 59 cents on the dollar, according to Bloomberg data.