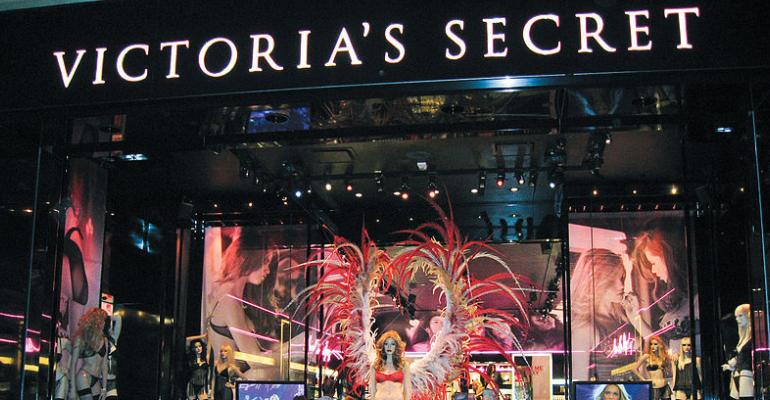 The company, which owns Victoria’s Secret and Bath & Body Works, has been struggling lately.

(Bloomberg)—Many apparel retailers are having a rough go of it in 2019, but few have had as much trouble as L Brands Inc., the parent of embattled lingerie purveyor Victoria’s Secret.

From its outdated imagery to its stagnant sales, Victoria’s Secret was already in the hot seat with shareholders, culminating in a brief activist battle earlier this year -- and that was before founder Les Wexner’s ties to Jeffrey Epstein came under scrutiny.

Shares of the company are down 35% year to date despite a continued bull market. While L Brands’ star property Bath & Body Works has been growing, Victoria’s Secret still generates well over 50% of the company’s revenue, and the recent performance hasn’t been pretty: Same-store sales have contracted for five straight quarters, with operating income at the unit tumbling 45% last year.

When investors gather in Columbus, Ohio, on Tuesday, they’ll be looking for answers. Here are some of the issues likely to be on shareholders’ minds when they descend on the state’s capital this week:

Investors looking for more details on how to return Victoria’s Secret to growth won’t walk away empty-handed: Management has already indicated this will be the main topic of the day.

A key part of that transformation plan will likely hinge on marketing. Victoria’s Secret has largely failed to move beyond the push-up bra aesthetic -- and that’s not going to cut it anymore as rivals Aerie and ThirdLove embrace female empowerment and diverse body types. In August, the company said it’s mulling changes to its advertising approach, with everything from the photographs to the messaging on the table. L Brands Chief Financial Officer Stuart Burgdoerfer promised more details at the September event.

The company has already indicated that changes are coming: Ed Razek, who crafted the chain’s fashion show with the defining image of lingerie-clad models with angel wings, left the company over the summer. The company also said in May it would pull its annual fashion show from network television after 23 years. Management may give more details Tuesday on whether the event is going to be reborn via streaming, social media or in a new form altogether.

Earlier this year, Gap Inc. ignited Wall Street’s imagination when it announced it would spin off its faster-growing Old Navy chain in a bid to unlock shareholder value. Investors have wondered if L Brands could take a similar path, especially as Bath & Body Works’ contrast with Victoria’s Secret becomes more stark.

In March, activist investor Barington Capital Group LP urged L Brands to consider spinning off Bath & Body Works, but hasn’t brought the topic up again after reaching an agreement in April. Investors view such a move as improbable under Wexner, who created the L Brands empire from a single store in 1963 and remains its biggest shareholder. It’s also not clear how much value Bath & Body Works would have on its own -- even though that unit has been thriving, it may face its own troubles ahead amid rising supply chain and labor costs.

That’s another key question surely on the minds of investors: How long does Wexner, who turned 82 on Sunday, plan to stay on as chief executive? He is already the longest-serving CEO among Fortune 500 companies, and L Brands -- which doesn’t carry a very deep bench of tenured executives -- hasn’t publicly laid out a plan.

If it’s looking for a woman to take the helm -- a prudent move given the brand’s largely female clientele -- Amy Hauk has been trying to right the ship at Victoria’s Secret’s Pink line after previously overseeing merchandising and product development at Bath & Body Works. Several other high-profile female executives at the company have exited in recent years, including former head of Spanx Jan Singer in late 2018 and longtime Victoria’s Secret leader Sharen Jester Turney in 2016.

If there’s one topic L Brands doesn’t want to come up at Tuesday’s meeting, it’s the outstanding questions about the relationship between Wexner and the disgraced financier Epstein, who was accused of sex trafficking young girls before he died in August.

The two were once close confidants -- at one point Epstein was the CEO’s personal money manager -- but the company said they severed ties more than a decade ago. In August, Wexner wrote to members of the Wexner Foundation that Epstein had “misappropriated vast sums of money” from him and his family. There is an ongoing internal investigation into Epstein’s involvement at L Brands, and shareholders -- like journalists -- would relish an update on that probe.

To contact the reporters on this story: Jordyn Holman in New York at [email protected];