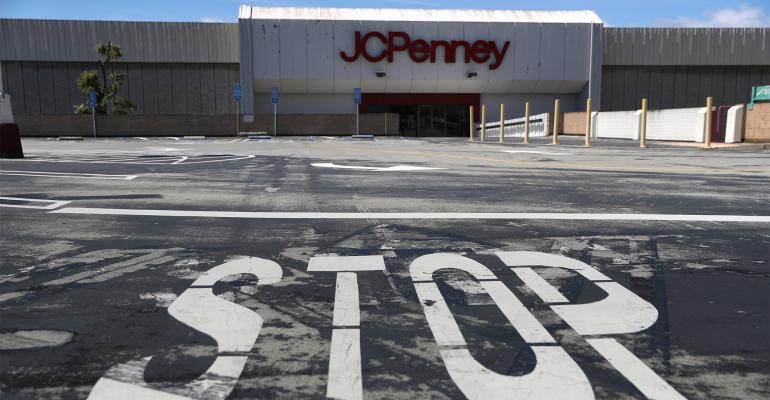 (Bloomberg)—Tensions flared in bankruptcy court Monday over J.C. Penney Co.’s proposed sale to its lenders and landlords, with one lawyer alleging a dissenting creditor group is waging “economic terrorism” in search of a payout.

Those creditors, led by Aurelius Capital Management, hold J.C. Penney term loans and other debt. They’ve submitted a competing proposal to buy the retailer’s real estate while still allowing mall owners Simon Property Group Inc. and Brookfield Property Partners take over the company’s operations. But the proposal isn’t feasible and is instead an attempt by those lenders to “extract a premium,” Andrew Leblanc of Milbank said in a bankruptcy hearing Monday.

The sale agreement “is not plug-and-play -- you can’t swap out one piece of it,” said Leblanc, who represents the other lender group. “What stands in our way are people who appear to be looking for some kind of payout.”

The Aurelius group has argued that the current sale proposal would deliver an unfair windfall to J.C. Penney’s bankruptcy lenders, which include H/2 Capital Partners.

“It’s lender-on-lender violence, for the most part, is what we have here,” Phil Dublin of Akin Gump Strauss Hauer & Feld said on behalf of the the Aurelius group. “It’s greed.”

Under the sale agreement that J.C. Penney has been rushing to close in recent weeks, bankruptcy lenders would forgive a large slice of debt in exchange for the retailer’s assets. The company would then sell its operations to Simon and Brookfield.

But the dissenting creditor group has argued that the lenders’ so-called credit bid isn’t nearly high enough, alleging the deal would deliver bankruptcy lenders a 162.4% recovery.

The disagreement boils down to a fight between creditors that can ultimately be settled, Josh Sussberg of Kirkland & Ellis said on behalf of J.C. Penney in the hearing. He said a competing bid would need to top $2.47 billion in cash in order to best the current proposal, something the Aurelius bid doesn’t do.

--With assistance from Eliza Ronalds-Hannon.