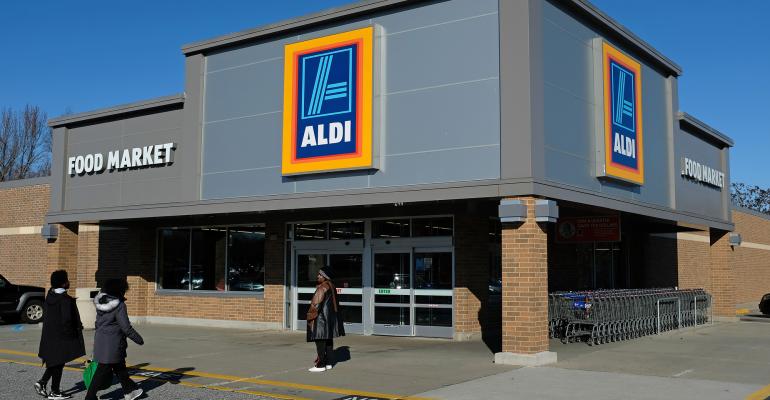 (Bloomberg Opinion)—Associated British Foods Plc’s Primark is not the only European discounter winning over American shoppers.

Research from footfall-analysis company Placer.ai shows that budget grocers Aldi Einkauf SE and German rival Lidl, part of Germany’s Schwarz Group, are gaining traction with U.S. consumers too. This could accelerate further as inflation takes its toll on household spending. And that should worry the big U.S. food retailers, such as Walmart Inc., Target Corp. and Kroger Co.

Aldi and Lidl are best known for their cheap prices and limited ranges. Consumers turned away from these so-called hard discounters during the pandemic, because they could not find all the products they wanted. Instead, they opted for a weekly shop at a big-box store where they could find everything under one roof.

But with food prices rising the most in 40 years, shopping habits are changing.

Aldi has been in the U.S. for nearly 50 years, but it is now expanding rapidly. It has 2,100 stores across 38 states and is poised to open 150 more this year. It is on track to be the third-largest U.S grocer by store numbers by the end of 2022.

Lidl only arrived five years ago, and after a slow start, it is now gaining momentum. It has around 170 U.S. stores and is clearly chiming with American shoppers.

A big strength of these discounters is their ability to adapt offers to their local markets. For example, they have introduced more fresh produce and fancy but still reasonably priced wines to appeal to the cash-strapped middle classes.

What is clear is that when Americans discover the German discounters, they stick around. Placer.ai’s analysis showed that those who shopped at both Walmart and the discounters was declining — which suggests that the world’s biggest retailer is losing some customers to the European upstarts. Walmart must bear this in mind as it assesses how much food-price inflation it can pass on to its customers.

Much of the concern around how U.S. retail will fare this year has focused on companies most exposed to low-income consumers, because they spend more of their income on food and fuel and so will be hurt more by rising prices.

But that is not the full story. Value chains should benefit from those customers trading down to cheaper items. It’s really the mid-market retailers, known for pricier items, such as the department stores, that are most vulnerable to a squeeze on household spending. Just as Primark is carrying on with expansion plans for the U.S., Five Below, Inc., which sells cheap toys, gifts and home furnishings, is also planning to triple its store count in the country to 3,500 over the next five years.

In tough times, the bargain basement is a better place to be in than the squeezed middle. This is something Aldi and Lidl know all too well.

To contact the author of this story: Andrea Felsted at [email protected]