/sites/all/themes/penton_subtheme_wealthmanagement/images/logos/footer.png
Recent
Recent
Marriott Plans to Restart Share Buybacks on Rapid Hotel Recovery, CEO Says
May 24, 2022
The Search for Sustainable Investment Leaders
May 24, 2022
Nine Must Reads for the CRE Industry (May 25, 2022)
May 24, 2022
Goldman Staff Outpace Credit Suisse in Return to Office
May 24, 2022
Featured
The 10 Best and 10 Worst States in Which to Retire in 2021
Jul 15, 2021
Poll: 15 Classic Books on Investing and the Markets
Apr 03, 2020
Fifteen Must-Listen Business Podcasts for Advisors
Aug 14, 2020
Celebrity Estates: Jay Leno and Planning for Classic Car Collections
Feb 22, 2022 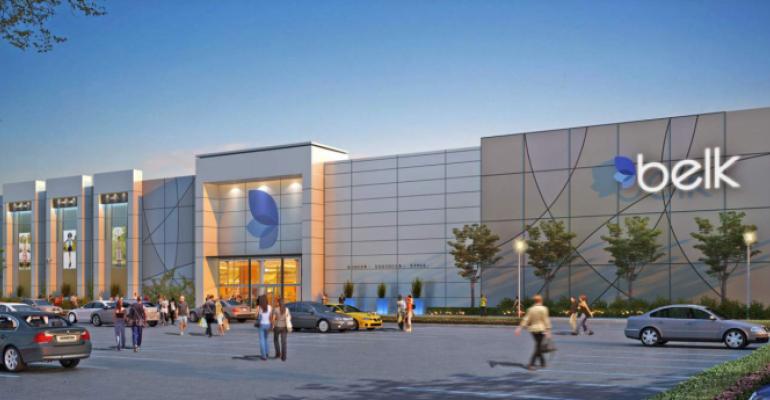 The Sycamore/Belk deal is interesting for a couple of reasons, according to experts. One, it differs from most of Sycamore’s other investments, which have been turnaround opportunities and single retail brands. (The firm’s investment portfolio currently includes Aeropostale, Coldwater Creek, EMP Merchandising, Hot Topic, the Kasper Group, Kurt Geiger, MGF Sourcing, Nine West Holdings, Pathlight Capital, Talbots and Torrid.)

And two, the deal could serve as an exit strategy for the Belk family, which owns the majority of the stock in the retailer. Currently, Tim Belk serves as chairman and CEO of the chain, and, under the new agreement, he will continue to do so. He is the third generation of Belks to lead the company.

Sycamore Partners Managing Director Stefan Kaluzny said in a statement that Belk is exactly the kind of investment the firm looks for. “We have great respect for Belk’s management team and associates, its deeply rooted brand, its footprint of stores and its growing online presence,” he said, adding that Belk is “an outstanding brand with a proven success formula and the potential for further growth.”

Under the terms of the buyout agreement, all Belk shareholders will receive $68 per share in cash. Although the stock doesn’t trade publicly, the chain reports its quarterly results and other financial details like a publicly traded company.

Although Belk’s board of directors approved Sycamore’s buyout unanimously, not everyone is happy about the deal. At least two law firms, including Manhattan-based Faruqi & Faruqi LLP, have announced investigations into the deal. Attorneys at Faruqi & Faruqi say the investigation “focuses on whether Belk's board of directors breached their fiduciary duties to the company’s stockholders by failing to conduct a fair sales process and whether and by how much this proposed transaction undervalues the company to the detriment of Belk’s shareholders.”

Meanwhile, Belk Chairman & CEO Tim Belk said in a statement: “We are delighted to have found a financial partner that sees what we see in Belk: a 127-year-old brand that remains relevant today with exceptional customer loyalty in small, medium and large cities throughout the South. We plan to grow Belk by executing our current strategic initiatives and undertaking new growth initiatives together with Sycamore. This transaction is an across-the-board win for our stakeholders.”

For fiscal year 2015, Belk’s sales increased 1.8 percent over the prior year to $4.1 billion. Sales at stores open at least a year rose 1.5 percent for the year, and online sales grew 43.3 percent. However, the chain’s profits dropped; earnings totaled $146 million, a 7.8 percent decrease from the year before. The company attributed the dip to Belk’s investments in e-commerce and remodeling stores.

Buying Belk at a bargain price

M&A activity in the retail and consumer goods segment decreased during the second quarter 2015 compared to previous quarters, according to consulting firm PwC. For deals greater than $50 million, total transaction value decreased 28 percent from Q2 2014 to $27.3 billion.

Likewise, deal volume decreased during the quarter. Thirty-one deals greater than $50 million were announced, down 42 percent from Q2 2014. Quarterly deal volume has averaged 42 deals since Q1 2013.

However, private equity participation picked up, accounting for 26 percent of total deal volume, an increase of 1 percent from the previous year. As a percentage of total deal value, it accounted for 20 percent, up from 15 percent, according to PwC.

During the second quarter 2015, the top 10 retail and consumer deals with disclosed transaction multiples had EBITDA multiples ranging from 5.8x to 34.3x. The average was 14.2x and the median of 8.4x.

By and large, financial experts agree that Sycamore got Belk for a very attractive price—some would even say a bargain. The $3 billion purchase price for Belk translates into an EBITDA multiple of 6.7, which is “reasonable” given the fact that Belk isn’t a turnaround story, according to one expert. In comparison, Nordstrom, another family-run, high-end department store chain, has an enterprise value that is nearly 8.6x EBITDA, according to data provided by Bloomberg.

Baum says Sycamore Partners’ Kaluzny has a reputation for finding “fallen retail angels” and squeezing value out of them. Coldwater Creek is a case in point. The firm has more than $3.5 billion in capital under management, and its strategy is to partner with management teams to improve the operating profitability and strategic value of their businesses.

Belk, meanwhile, is more of a growth opportunity, Baum notes. However, he questions the chain’s ability to expand into markets that may already be dominated by national and regional department stores including Macys and Dillards.

Belk’s real estate is one reason why financial experts say Sycamore Partners is buying the chain at a bargain price. According to Belk, it occupies a total of 22.6 million square feet, and its real estate has a value of roughly $1.3 billion. However, many retailers often underestimate the value of their real estate, so Belk’s stores could be worth far more than what it has suggested.

Many private equity firms unlock the value of a retailer’s real estate by doing a sale-leaseback transaction. Demand for properties similar to Belk’s is extremely strong right now, with a number of REITs pursuing sale-leaseback deals with quality retailers.

“While some private equity firms and large public companies have identified real estate as a boost to value for a number of years, monetizing real estate assets will likely increase at a rapid pace,” predicts Jeff Gray, a corporate and real Estate partner in law firm Barnes & Thornburg’s Chicago office. “Even leases present value propositions if a store is underperforming in a good location and has a lease with a low rent that was signed many years ago with 10-plus years remaining on the term, or was signed during the recession. The lease could be assigned or the space could be subleased at a profit.”

Sycamore Partners’ acquisition of Belk is expected to be completed in the fourth quarter 2015.