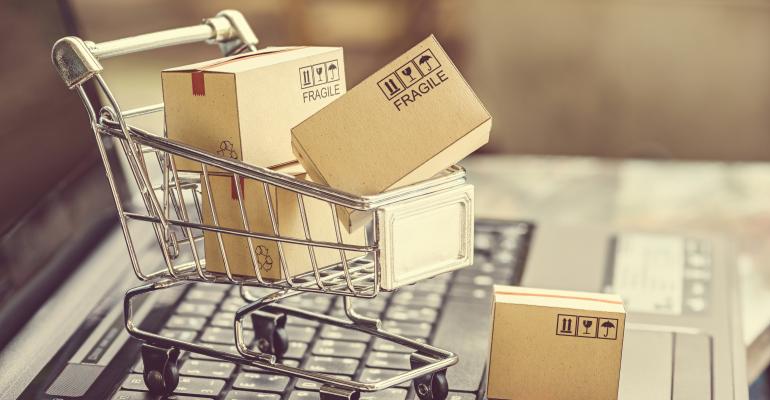 How Retail Real Estate Can Benefit from Online Sales Growth

While some retailers have suffered, others are leveraging omnichannel approaches to strengthen brick-and-mortar operations.

While the continued growth of online sales has taken an obvious toll on the retail real estate sector, some industry experts argue that savvy retailers and landlords are finding ways to navigate the evolving landscape.

At first blush, the facts seem bleak. Pure-play ecommerce sales volume has grown almost 92 percent since 2013—about nine times the pace of in-store brick-and-mortar retail sales during that span—according to real estate services firm JLL. Looking ahead the next few years, ecommerce will continue to eat up a “substantial portion of retail sales growth,” according to Green Street Advisors, a commercial real estate research and advisory firm.

Still, industry experts argue that this does not have to be a negative for retail real estate.

“Most people think, ‘Oh, online sales are going to take over all retail sales.’ That’s not true,” says Brandon Famous, executive managing director at CBRE. “What it will do is enhance brick-and-mortar retail to a significant degree.”

Industry experts maintain a positive outlook on retail real estate because, most importantly, despite the meteoric growth rates of online sales, brick-and-mortar retail sales volumes still greatly outpace ecommerce. Overall, in-store brick-and-mortar sales hit close to $4.4 trillion in 2017, while pure-play ecommerce hit around $262 billion, according to JLL. In other words, approximately 87 percent of retail sales is still done in the real world.

Second, opening a brick-and-mortar location boosts a retailer’s web traffic by an average of 37 percent in subsequent months, according to ICSC data. For this reason, digitally-native brands, such as Bonobos, Warby Parker, Allbirds, UNTUCKit, among many others, are now increasingly opening physical stores.

“[Online and brick-and-mortar] need to exist together in order for both to be successful,” says Famous. “...  Ultimately, those online shoppers will find their way to a brick-and-mortar store. In which case, that’s a positive for retailers.”

Third, discretionary spending is expected to remain strong. The nation’s average hourly earnings have averaged 3.1 percent growth in the past 12 months. This bodes well for the retail sector, as increased take home pay results in increased disposable income.

“I do expect [discretionary spending] to remain strong—actually I think it’s going to get stronger,” says Famous. “I think a large part of that has to do with online sales. There’s greater freedom, particularly with the millennials. Typically, while they don’t have as much discretionary income, they’re still more active with purchases.”

With digital brands entering the physical retail space, omnichannel will be critical for retailers to survive the new retail landscape. Omnichannel allows consumers to choose where and how they purchase retail products. In other words, the ability to shop at a physical store, on a mobile phone, on a computer, on an iPad or any other electronic device, and to select whether the purchased items will be picked up in the store or to be shipped to the home.

For example, Amazon consumers can ship their products to Whole Foods to pick them up in the store using an Amazon Locker.

NYC Expects to Add Most Retail Space in over a Decade

With more refined business models, the retail sector continues to see boosts in both investor confidence and deal flow. New York City expects to welcome the most retail space in over a decade, with a forecasted 5 million sq. ft. of retail property completion by the end of the year. Sales volume was estimated to reach near $4.8 billion in 2018, an increase from $4.1 billion in 2017, while cap rates in the retail sector continue to decrease since 2010, according to Marcus & Millichap.

“If you read a lot of the reports out there and information, the perception is everybody is shopping online when in actuality brick-and-mortar retail is growing,” says Greg Maloney, CEO of JLL Retail. “Sales are growing, they continue to grow.”