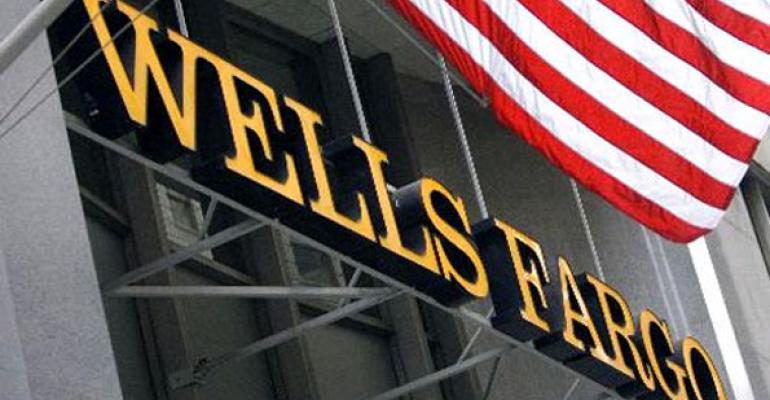 How Investors Can Cash In On Empty Bank Branches

In a move that’s expected to chop $170 million in annual expenses, Wells Fargo plans to close 450 bank branches in 2017 and 2018. That’s about 8 percent of its current network of branches.

Wells Fargo is one of many U.S. banks that is reassessing its brick-and-mortar presence as more and more customers switch to online and ATM banking. Commercial real estate services company JLL predicts a 20 percent reduction in the number of U.S. bank branches over the next five years, even as some banks selectively open new branches at a “restrained pace.”

A former banking executive goes so far as to forecast that bank branches soon will be as common as Blockbuster video stores. In other words, nonexistent.

If JLL’s projection becomes reality, the U.S. would lose about 18,000 of its roughly 90,000 bank branches—presenting challenges for landlords but opportunities for real estate investors.

In many cases, bank branches are attractive acquisition targets for investors because they sit on prominent high-traffic corner lots, often with prime parking and drive-through lanes, commercial real estate brokers say. The spaces generally range from about 900 sq. ft. to 30,000 sq. ft. or more.

“In a nutshell, banks as a whole were pretty particular about their locations, so I don’t think you’re going to find many banks in terrible locations,” says commercial real estate broker Jon Gordon, president and CEO of Admiral Real Estate Services Corp. in Bronxville, N.Y. “It all boils down to how quickly you can rent [a former branch] and at what rate.”

However, while some former bank branches “fly right off the shelf,” not every location is ideal, notes David Kirshenbaum, senior vice president of Northbrook, Ill.-based Hilco Real Estate LLC, a provider of real estate disposition services for banks and other clients. Some bank branches are less desirable class-B and class-C locations, he says.

Indeed, JLL notes that not all bank branches are destined for reuse or re-tenanting, because they’re no longer in competitive locations or because demographics or shopping patterns have deteriorated.

Since 2010, deals to buy bank branches in the U.S. have encompassed 4 million sq. ft. and surpassed more than $2.3 billion in value, the JLL report says. The average square footage of those branches is around 5,000 sq. ft., according to JLL research.

Among the buyers or tenants of vacated bank branches are restaurants, dry cleaners, law firms, medical practices, insurance brokerages, coffeehouses, art galleries and even other banks, commercial real estate brokers say.  Another investment option: Purchasing a bank branch and then razing the building to make way for a new ground-up development.

Anjee Solanki, national director of retail services at real estate services company Colliers International, also raises the prospect of a landlord bundling 10 or more bank branches on retail pad sites and selling them as a portfolio, or even spinning off bank-anchored pad sites in ground lease deals. Aside from traditional landlords, potential buyers include private equity groups and single-tenant asset funds, she says.

Given the value and versatility of bank branches, Solanki calls them a “mini goldmine.”

Gordon, who has brokered a number of deals involving bank branches, says the investment viability of bank branches compared with other property types is easier to gauge because bank deposit figures from the Federal Deposit Insurance Corp. (FDIC) help determine the income levels of people living and working in a certain area.

If a bank has been leasing a branch, an investor that is eyeing that property should look at the lease’s termination clause to see whether the bank is obligated to return the branch to “shell” condition, Gordon says. Additionally, if the branch contains a vault, the investor should find out whether the bank is required to take it out. The cost of vault removal can range from $50,000 to $150,000, he says.

The per sq. ft. list price of a former bank branch varies widely, depending on the overall market, the location within a market and the rent that the bank had paid. Gordon cautions an investor against underwriting the most recent rental rate, as it easily could be overinflated compared with today’s market.

For bank branches, triple net rental rates range from $20 to $25 per sq. ft. in small markets to well over $75 per sq. ft. in high-demand locations in major metro areas, according to JLL. Triple net cap rates for branches now sit below 5 percent, JLL says.

As of mid-July, Hilco Real Estate was trying to sell about five dozen bank branches, Kirshenbaum says. Of the branches listed recently on Hilco’s website, asking prices ranged from $150,000 to $2.5 million, and square footage from 2,500 to 30,000.

It typically takes Hilco three to six months to sell a bank branch, although a recent deal closed in one week at 17 percent above the asking price, according to Kirshenbaum.

Looking ahead, Kirshenbaum says he expects sales of bank branches to continue at a steady clip for a while as banks further shrink their footprints.

Few markets, even those in high-growth areas in Florida, Texas and the West, are immune from the decline of bank branches, the JLL report says. From 2010 to 2016, major markets that saw the steepest drop-offs in the share of bank branches include Baltimore, Chicago, Denver, Indianapolis and Philadelphia, according to JLL.

“Right now, most major banks are struggling with the surplus of locations and a drop in use … where technology and other factors have fundamentally changed the way we bank, and the real estate is caught in the mix of that major shift,” Kirshenbaum says.