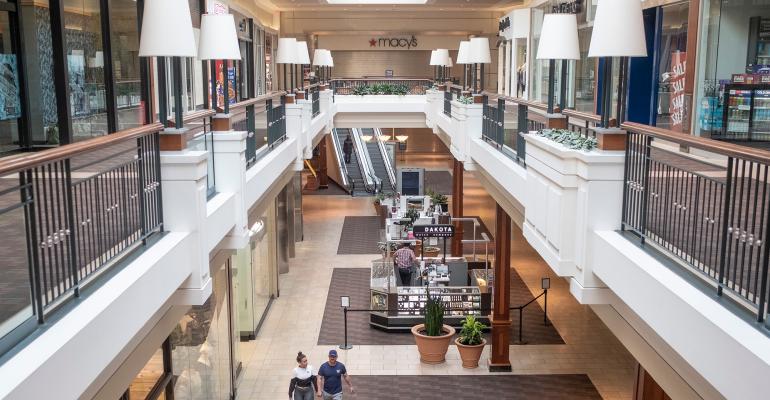 How Are Mall REITs Trying to Survive?

From providing tactical support to small business tenants to selling land parcels, mall REITs are looking for ways to stem the bleeding.

Reacting to the coronavirus-initiated closures of their properties, mall REITs furloughed or laid off employees, slashed executive pay, chopped expenses and scrubbed development projects to staunch the financial bleeding. Yet those immediate measures won’t preserve the lifeblood of mall REITs as they open their doors again.

Rather, REIT executives are thinking outside the big box in their pursuit of long-term survival strategies.

“Unfortunately, the challenges continue, and we must take difficult, but necessary steps to ensure CBL is positioned to sustain the impact of the pandemic and generate success in the future,” Stephen Lebovitz, CEO of Chattanooga, Tenn.-based mall REIT CBL Properties & Associates Inc., said in an April 14 news release.

For certain mall REITs, there’s a heightened urgency in their attempts to recover from the pandemic shutdown. Philadelphia-based mall REIT Pennsylvania Real Estate Trust (PREIT) warns that its survival is in “serious doubt,” while CBL is exploring a restructuring along with a potential Chapter 11 bankruptcy filing.

At the other end of the spectrum, Indianapolis-based Simon Property Group Inc.—the king of mall REITs—was sitting on a $4.1 billion cash cushion and $4.6 billion in borrowing capacity as of March 31.

An analysis by the CoStar Group, a provider of real estate data, shows that some of the largest high-risk retailers occupy a hefty share of mall space across the country. Fourteen of the 20 largest mall tenants are either apparel retailers or department stores, and these 14 tenants occupy almost one-fourth of regional and super regional mall space in the U.S., the analysis shows.

“For malls that do survive, the necessary redevelopments that were occurring to allow mall landlords to compete with e-commerce and other shopping center options will likely have to be pushed into the future, allowing other retail channels to continue to gain market share,” he adds.

What follows are some of the approaches that mall REITs are embracing to recover from the pandemic and maintain or grow their market share.

In April, PREIT launched an effort to help guarantee a key group of tenants—small businesses—stick around to be able to serve customers and pay rent. PREIT introduced Shop Local pages on all of its mall websites to showcase the e-commerce platforms of its small-business tenants.

“Our local businesses are among the enterprises hardest hit by this pandemic. Without robust digital marketing budgets, they are at a disadvantage to their national counterparts,” Joseph Coradino, chairman and CEO of PREIT, said in an April 20 news release.

Columbus, Ohio-based mall REIT Washington Prime Group Inc. went a step further in this regard by creating the Open for Small Business Initiative, which provides tools and education for small businesses—tenants and non-tenants alike.

Carving out space for different uses

On a May 12 earnings call, Doug Healey, senior executive vice president of leasing at Santa Monica, Calif.-based Macerich Co., said the mall REIT is fielding inquiries from retailers about adding a second store at a mall or opening a brand-new space in a mall to shed excess inventory. That could be a midterm or perhaps longer-term boost for Macerich properties.

In that same vein, Washington Prime Group rolled out Fulventory, a proprietary program that enables its tenants to use space at its properties for last-mile fulfilment and BOPIS (buy online and pick up in store), as well as merchandise clearance sales.

Washington Prime Group predicts adoption of BOPIS across the big-box, department store, fashion, activewear and specialty retail segments will rise from 44 percent in 2016 to 90 percent in 2024.

“We believe buy-online pickup at the mall is here to stay as more retailers develop capabilities to service them through digital channels. Customers will be able to enjoy the collection of brands and experiences the mall offers on the go,” Coradino said during PREIT’s May 21 earnings call.

Doyle, the CenterSquare analyst, doubts this approach is workable over the long term.

“While these are creative ways to utilize the space for the time being, the fact remains that industrial rents are far below mall rents and the idea of renewing a mall lease in order to boost e-commerce fulfillment capabilities is not in the money for the majority of malls’ gross leasable area,” he says.

Some mall REITs are eyeing their land holdings as a vehicle for generating cash. For instance, PREIT said in May that it had executed two deals totaling $3.75 million to sell parcels for hotel projects.

In some cases, the value of mall real estate rises with a hotel or multifamily property on the site compared with a department store or massive amounts of parking, Doyle says.

“I do believe that certain mall landlords own valuable real estate and that malls will continue to exist in the future,” he notes. “But they will undergo significant transformations over the coming years in order to maximize the value of the real estate. It is unlikely the mall of future looks anything like the mall of the past.”

Michael Sury is a lecturer in finance at the University of Texas at Austin’s McCombs School of Business and managing director of the school’s Center for Analytics. He says opportunistic investors like Simon Property Group might be able to snap up retail portfolios at substantial discounts.

“Of course, cash is a scarce resource today. Whether they can issue securities and make it a positive NPV investment is an analysis that is worth doing at these prices,” Sury says.

Some mall REITs might even be ripe for a takeover. After Simon announced in February that it was paying about $3.6 billion to purchase a competitor, Bloomfield Hills, Mich.-based Taubman Centers Inc., some industry observers speculated that Macerich could be the next takeover target. Executives at Simon aren’t tipping their hand about whether, in light of the pandemic, the Taubman deal will be called off.

Class-B and class-C malls could be particularly easy pickings for real estate investors, though questions remain about whether anyone will want them. While class-A malls will likely survive the pandemic, lower tier properties might “struggle to be relevant at all,” says Brian Jones, managing director of New York City-based investment management firm Neuberger Berman Group LLC. Retail bankruptcies will not only lead to the loss of rental revenue from anchor tenants at class-B and class-C malls, they could also trigger co-tenancy clauses that allow other tenants to leave, he notes.

Under those circumstances, Jones envisions some class-B and class-C malls shuttering permanently or being repurposed as mixed-use developments or distribution centers.

It will be incumbent upon mall owners to double down on attracting shoppers since some customer traffic likely has been “permanently diverted” from bricks-and-mortar stores to on-line settings during the pandemic, says Sury.

A survey commissioned by UPS-owned Ware2Go, a fulfillment platform, found that 87 percent of American consumers were shopping online, and that 64 percent had replaced weekly shopping trips with online ordering. More than half (55 percent) said they’d purchased from online retailers that they’d never patronized.

“Those malls whose tenants are predominantly cyclical, low-margin retailers will need to rethink their portfolios as attrition rates rise and create vacancies that need to be filled,” Sury says. “Operators need to return to basic principles and consider how best to create diversified portfolios with synergies that can retain sustained traffic.”

Against that backdrop, malls would have to continue to concentrate on fostering “experiential” environments, like restaurants and movie theaters, that can’t be replicated online, experts say.

Doyle points out, though, that the pandemic has not only accelerated the demise of several big-name retailers, it has also hampered experiential tenants, including restaurants and entertainment venues. Therefore, he adds, some malls “may need to go in another direction.”