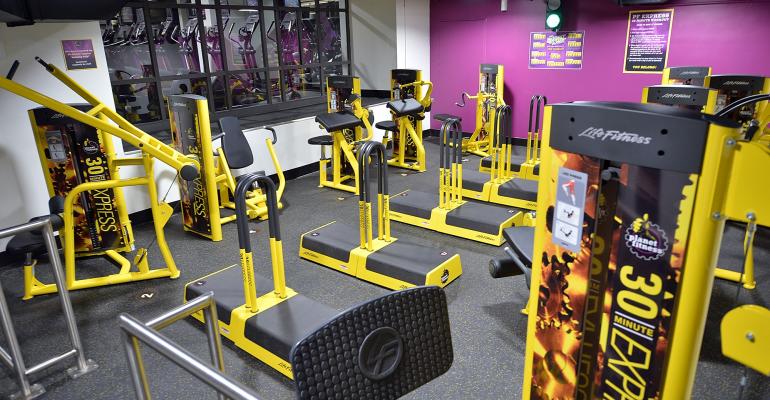 Gyms Are Expanding and Many are Eyeing Mall Vacancies

The still expanding fitness center segment has been among the few bright spots for retail landlords.

The fitness club sector is flexing its muscles.

Fitness and health clubs have grown to be a more than a $30-billion-a-year industry, according to research site Statista, with more than 36,000 clubs across the U.S. boasting more than 60 million members.

Top players in the health club industry reported steady growth in 2017 and many are expanding through new development or acquisitions. Life Time, LA Fitness, Planet Fitness, 24 Hour Fitness, and Equinox Holdings (with its brands Equinox, SoulCycle, Blink Fitness and Pure Yoga) all had growth years, according to the 2018 Club Industry Top 100 Clubs list.

The current environment appears to offer a perfect storm for the fitness center sector  as consumers become more health-conscious and the economy continues to improve. Fitness concepts are also more internet-resistant than traditional retailers—you can’t work out online, though it’s now possible to access online fitness classes from home—and there are plenty of vacant big boxes out there for fitness concepts looking to expand.

Landlords are courting gyms to replace anchor tenants that have left and help drive shopper traffic.

“With all of the regional mall changes and that sector trying to figure out how to best position itself for the future and continue to drive traffic, they need to continue to drive new and different traffic, and this is a way to create a bit of a different draw,” says Scott Burns, executive vice president, Los Angeles retail lead at real estate services firm JLL. “It helps fortify it as a key destination for the neighborhood as it puts it in the regular weekly activities of the customers in the area.”

“It’s another body, another person in your mall that may see something that either they buy that day or say, ‘I need to come back next time and make a point to get my nails done or buy a shirt.’ It’s a gravity pull to the property,” he adds.

The fitness sector was one of the first to start expanding aggressively after the recession, Burns says, and one of the few that has maintained that growth at the rate it’s experiencing.

“I think there will be some consolidation eventually and some fallout when the market changes. But at this point, the demand is there, and frankly, the supply is there, too, with all of the empty boxes.”

While the trend of gyms in malls isn’t new, it’s increasing

Myers says Planet Fitness was “actually the number one-ranked tenant by total new square footage leased since the start of 2017 across all [mall] tenants, so we’re talking about a pretty impactful leasing trend.”

During the second quarter of 2018, Planet Fitness—one of the biggest U.S. fitness franchisors and operators—opened 44 new franchise locations, and now boasts 1,608 locations across its portfolio.

Company officials say many of its new locations will be in retail centers.

The company is working to “build upon our current momentum as brick-and-mortar retail continues to be under pressure from online businesses, and landlords are increasingly looking to Planet Fitness to drive traffic in their centers,” said Planet Fitness CEO Christopher Rondeau in the company’s second-quarter earnings call.

Planet Fitness’ membership is now 12.1 million, up from about 10.4 million a year ago. Same-store sales increased 10.2 percent on top of a 9.0 percent gain a year ago.

Meanwhile, 24 Hour Fitness and LA Fitness also ranked in the top 20 of “tenants that have leased the largest amount of square footage by new leases signed,” Myers says.

For example, at Brookfield-owned Oakbrook Center in Chicago, a three-story Life Time with a rooftop pool is being developed on the site of a former Sears Auto Center. And next month, Life Time is opening a massive fitness complex at Quail Springs Mall in Oklahoma City where a Macy’s was razed.

Brookfield is looking to add fitness centers, as well as grocers, to its malls’ line-ups, Pine says, because they can bring in customers multiple times a week.

“With them driving 1,500 to 1,800 visits a day, we see the opportunity for real benefits in sharing of customers between their property and ours,” he says.

He also notes it’s not about “trying to save” a property.

“That’s not our strategy at all. Oakbrook, for example, is an extremely successful property, so we’re layering great concepts, great entertainment ideas, fitness ideas, grocer ideas on top of already successful properties. It’s an obvious and complementary blend to what we do.”

In addition to the Brookfield clubs, Life Time has plans for or has opened clubs at malls owned by Macerich, Kimco Realty, The Taubman Co. and Simon Property Group. Several are on sites of now-closed department stores.

“Life Time Founder, Chairman and CEO Bahram Akradi has been pretty open about how excited he is for these developments,” says a Life Time spokesperson. “As he says, ‘a few years ago, we didn’t have a desire to go into malls,’ however, as we looked at growth opportunities, we wanted to re-imagine them as healthy living and healthy aging villages with entertainment, exercise and residences. We can bring something to regional shopping centers that no one else can—from our spaces to the sheer volume of traffic.”

Another example of Life Time’s expansion strategy is Simon-owned Southdale Center in Edina, Minn., where Life Time is building a three-level, 120,000-sq.-ft. club that will occupy a redeveloped space where a J.C. Penney once sat.

“We’re also tracking an uptick in boutique-type fitness centers—like spin studios, cross fit gyms and yoga studios,” Myers says. “Those specialty fitness centers are often in lifestyle centers, and their footprint on a square footage basis has doubled since 2013 and quadrupled since 2008.”

For example, Orange Theory Fitness has expanded to nearly 1,000 studios worldwide and has more than 500 studios in the development pipeline. CycleBar has more than 180 studios slated to open throughout 2018. Club Pilates has over 300 studios. Other expanding concepts include Tough Mudder Bootcamp, TITLE Boxing Club, 9Round Fitness, SoulCycle and Row House.

Myers points out that some gyms and fitness centers are now “targeting high-quality space that’s very dense from both population and commercial real estate standpoints.”

“So, one of the ways fitness centers may be able to mitigate the impact of competition or oversaturation is by leasing space in these really high-quality malls,” he says.

“In a class-A mall or urban environment, rents are likely to be higher on a per-square-foot basis, but at the same time, you’re also positioning yourself as a tenant to be able to capture a significantly greater number of potential members or customers,” notes Myers.