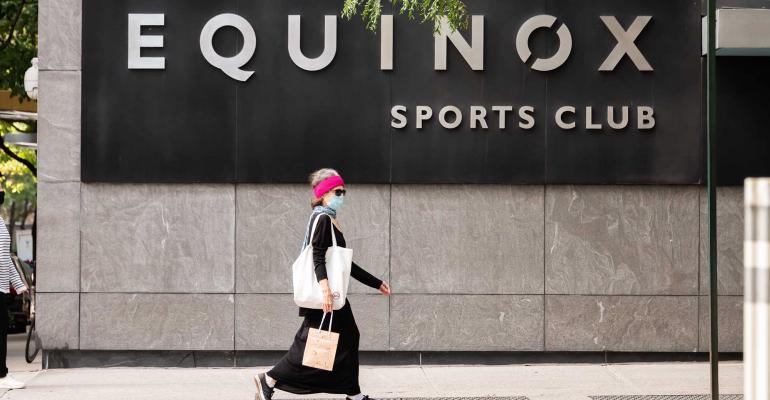 The luxury gym operator is working with legal and financial advisers on how to manage upcoming debt obligations.

(Bloomberg)—Equinox Holdings Inc., the luxury gym chain, is working with legal and financial advisers as it seeks to manage upcoming debt obligations and ride out pressures from the Covid-19 pandemic, according to people with knowledge of the matter.

The fitness company is getting advice from lawyers at Kirkland & Ellis, as well as investment bankers at Centerview Partners, the people said, asking not to be identified discussing a private matter.

After the pandemic first took hold in the U.S. and gyms were forced to shut, Equinox sought advice from Kirkland lawyers who specialize in liquidity and liability management. It’s since added professionals with restructuring experience to the mix, the people said.

“We are not in restructuring talks. We are not talking about bankruptcy. We’re comfortable with our current financial situation,” Equinox chairman Harvey Spevak said in an interview with CNN this week. “We continue to be under a lot of pressure and the sooner Covid gets resolved,” that will make “a big difference in our business,” he said.

A representative for Equinox said in a statement to Bloomberg that the company “is in full compliance with its debt agreements, is very confident in its current liquidity position, and has normal course discussions” with lenders and partners.

A representative for Kirkland declined to comment, while Centerview didn’t immediately provide comment. Reorg, a distressed-debt news provider, earlier reported on some elements of the adviser hires.

The New York-based gym operator faces a February 2021 deadline to repurchase certain debt tied to its SoulCycle spin studio chain. It’s also been hampered by lockdowns and social distancing measures that place limits on visitors and operating hours at certain locations. New York has allowed gyms to reopen at reduced capacity with mask and social distancing requirements. SoulCycle has been allowed to resume operations in some cities and is conducting outdoor classes elsewhere.

Equinox has reopened 75 gyms in the U.S., started offering outdoor classes and opened outdoor fitness clubs in New York and Los Angeles, the company said in the statement.

Lenders to the company recently organized and hired lawyers at Akin Gump Strauss Hauer & Feld, Bloomberg reported earlier. That group plans to hear pitches from investment banks that could provide further financial advice early next week, the people said. Debt talks are in early stages and the group hasn’t formally engaged with Equinox or its advisers, the people added.

Equinox’s $1.02 billion loan due 2024 was last quoted around 76 cents on the dollar, according to Bloomberg data.

Equinox got some reprieve through a debt amendment that allowed it to delay repurchasing some of SoulCycle’s debt until February 2021 instead of May of this year. The chain had guaranteed the SoulCycle borrowings in a deal that normally requires it to buy back the obligations when the spin chain’s debt relative to earnings exceeded certain thresholds.

Equinox has been burning cash and is expected to have elevated leverage as it reopens following Covid-19 lockdowns, S&P Global Ratings wrote in a report. In June, the gym chain took on a new $150 million loan that ranks equal with another $1 billion obligation in line for repayment.

The privately-held chain is backed by Related Cos., the real estate company behind New York’s Hudson Yards development. In 2017 it received a minority investment from L Catterton, a consumer-focused private equity firm.

Equinox, which started as a single fitness club in New York’s Upper West Side, has grown to operate more than 100 gyms globally, according to its website. It has locations in cities including Los Angeles, Miami and San Francisco and also operates brands including Blink Fitness, Precision Run and Pure Yoga.

--With assistance from Boris Korby.