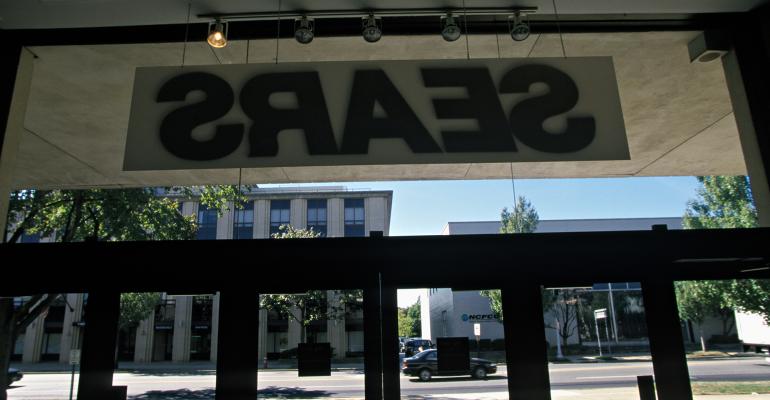 Does It Make Sense to Turn Empty Retail Boxes into Short-Term Warehouses?

The strategy can help keep revenue coming in while the spaces are marketed to long-term users, according to some experts.

As struggling bricks-and-mortar retailers continue to downsize and close underperforming locations, they are also finding new ways to capitalize on their vacant spaces. They are offering them as returns drop-off sites for e-commerce sellers such as Amazon, as retail pop-up locations and in some cases, if zoning and other conditions allow, as storage facilities.

For example, Chunker is an online marketplace for short-term, on-demand warehousing. The company provides a platform for retail operators and other businesses to list their vacant or underutilized spaces for short-term storage use and helps them procure tenants.

Related: Accelerated Demand for Industrial Space Is Driving a Boom in Spec Development

“We are certainly seeing several of our landlords consider leasing out space to clients on a short-term basis for e-commerce storage and general storage to help maximize income on their vacancies,” says Jason Hurst, director of the retail leasing team with real estate services firm Colliers International in Gainesville, Fla. The strategy can be attractive to owners of both junior and big boxes with vacant spaces of 10,000 sq. ft. and more, because such short-term deals usually require little to no investment capital from the landlord, come with flexible lease terms and provide a dependable revenue stream.

“The challenge with this strategy is that there is a high-level of turnover to manage and the pricing expectation of the tenant is to land rates comparable to industrial rental rate pricing, which are generally about 40 to 60 percent lower than that of most retail spaces in each respective market,” Hurst adds.

Related: How CBRE’s Repositioning Team Plans to Reinvent the Mall

A mid-year outlook report from real estate services firm Marcus & Millichap forecasts that by the end of 2021, retail vacancy on a national basis will reach 6.1 percent, a year-over-year increase of 50 basis points. The firm’s researchers also anticipate that although retail rent growth will be extremely limited, it will likely rise by 0.5 percent to an average of $20.06 per sq. ft.

Similarly, real estate services firm JLL has reported that the retail sector started seeing positive net absorption in the fourth quarter of 2020. In the first quarter of this year, 5.5 million sq. ft. of vacant retail space was absorbed, and retailers signed 16,300 leases totaling 50 million sq. ft.—a leasing volume similar to that seen in the three years preceding the COVID-19 pandemic.

Nevertheless, Chunker CEO Brad Wright says the platform already has a lot of space listed from big-box store closings and bankruptcies, including 10 vacant Sears stores (about 200 have closed nationally).

According to Brad Kaplan, senior associate for retail services with Transwestern based in Minneapolis, Chunker might be the only platform offering to connect retailers with companies looking for short-term warehouse space. That’s because most retailers with vacant stores are not interested in short-term leasing. “Institutional owners of retail real estate wouldn’t be interested in exploring this as an option—there are too many logistics involved. But local owners of class-C or -D retail centers might be willing to explore this option,” although their preferred temporary tenants tend to be local pop-up store operators that needs a location for the holidays and may have a pre-existing relationship with the center.

Colliers’ Jason Hurst, however, notes that listing vacant retail space opportunities to a broader market through syndicate sites like Chunker can be an attractive strategy to maximize income on these spaces while brokers market them to long-term tenants.

Wright claims that with current strong demand for temporary warehouse storage, users are willing to pay a 25 to 50 percent premium over prevailing industrial rents to access such space. A Cushman & Wakefield report for the second quarter puts the average U.S. industrial rent at $7.03 per sq. ft., but according to data firm the CoStar Group, industrial rents can range from $12 to $20 per sq. ft. in core urban markets.

Despite new vacant space coming on the market, retail rents have remained fairly stable or are increasing, according to JLL. The firm’s researchers note the average rent at neighborhood shopping centers rose by 0.9 percent year-over-year to $20.79 per sq. ft. in the second quarter. Asking rents at malls went down by only 0.3 percent to $29.72 per sq. ft.

While retail rates vary from market to market, Kaplan says that in Minnesota, for example, big box rents range from $10 to $12 per sq. ft., plus operating expenses, utilities and insurance. “If retailers are price-sensitive, then they (temporary tenants) are more likely to lean towards warehouse space.” He adds that when retailers close store locations they are more likely to terminate their leases than sublet the space, which means the landlord would focus on finding a long-term replacement tenant.

While generally short-term storage uses do not create conflicts with other retailers at the center, Wright says that zoning laws and tenant rights restrictions prohibit using this type of space for e-commerce distribution, which generates a lot of undesirable traffic. Additionally, the space must provide a dock door for loading and unloading and 12-foot-ceiling height to accommodate a forklift to be suitable for temporary storage.

New York City-based Steve Bowler, executive vice president with Bowler Retail Team, who works with Chunker, agrees that there is currently strong demand for temporary storage space, and he wishes more vacant retail spaces were suitable for this use. He notes, however, that due to zoning laws very few can legally turn to this use unless the landlord can acquire a Special Needs Permit, which is a “hard sell to cities.”

In addition, despite the retail downsizing, Bowler says there aren’t that many vacant big boxes in the market anymore. “Two years ago there was a good amount of it, but not many are left now to reposition,” he notes, explaining that investors are buying up older, underperforming malls and retail big boxes for conversion to other uses.