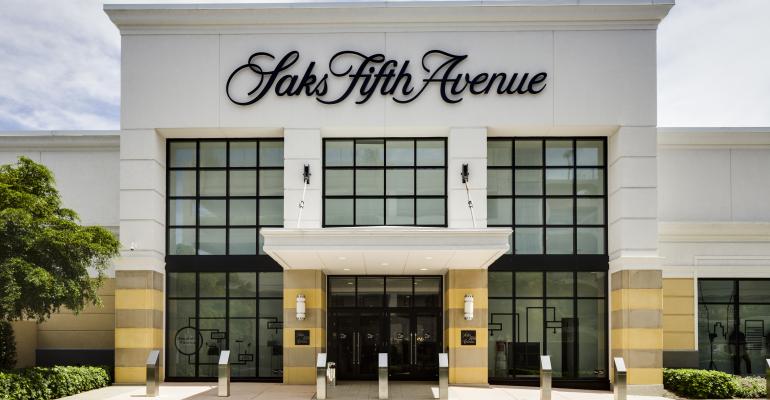 Can Taking Hudson’s Bay Private Save the Ailing Retail Company?

Going private will free the company to make necessary changes, consultants say. But Hudson’s Bay true value may be in its real estate holdings.

A group of Hudson’s Bay shareholders, spearheaded by Executive Chairman Richard Baker, has offered a cash bid valued at $1.74 billion Canadian dollars (or roughly US $1.31 billion) to take the company private.

The group, which also includes Rhone Capital LLC and WeWork Property Advisors, collectively owns about 57 of the outstanding common shares of the company.

The group is offering $9.45 Canadian dollars (or US $7.15) per share for the remaining stock of Hudson’s Bay, which represents a 48 percent premium over the company’s closing share price on June 7, 2019, the investors said in a statement.

The deal could allow Baker and his partners to continue the company’s turnaround efforts without the scrutiny and pressure of the public markets.

“We believe that improving HBC’s performance will require significant time and patient long-term capital that is better suited in a private company context, without the emphasis on short-term results and returns,” Baker said in a statement.

“I think it’s a fantastic idea for them to go private,” says Farla Efros, president of HRC Retail Advisory, a strategic retail advisory firm with offices in Chicago and Toronto. “The reason is when you’re a public company, you’re obviously as good as your last quarter, and the investors are always looking for top-line growth and are highly critical if they’re not receiving top-line growth.”

Being a public company creates a “ton of massive distraction,” according to Farlos, because all you’re doing is preparing statements and getting ready for the next earnings call. Going private can allow a business to focus on making the right changes in a very methodical fashion without having to answer to shareholders and investors.

The move to private makes sense for the chain, agrees Gabriella Santaniello, president and founder of retail consulting firm A Line Partners in Los Angeles. “With the volatility in the market and the sea change that has taken place in retail, it’s a smart idea,” she says. “Unfortunately, when you’re in a turnaround and you’re under pressure quarterly by investors to perform according to one of your metrics, if you miss it by half a percent, your stock could potentially be hit.”

Bruce Winder, co-founder and partner at the Retail Advisors Network in Toronto, uses the analogy of a car needing repairs when speaking about Hudson’s Bay’s turnaround efforts and going private.

“It’s like you have a car that needs fixing,” he says. “Instead of fixing it out on the street, roll it in your garage for a few months. Do some welding and things and then when you roll it out in the spring, it’s going to be a lot nicer.”

That being said, “They do have to do some significant fixing,” Winder notes. “Their retail operation for the most part is broken, and sadly, they’re in a sector of retail—the department store sector—that’s just struggling.”

Department stores are in freefall

Department stores are under pressure and Hudson’s Bay is no different as it struggles with declining sales. The giant company has been working to reduce debt and strengthen its balance sheet, but nothing has stopped its stock prices from falling.

Hudson’s Bay is closing its Home Outfitters chain in Canada and sold value website Gilt. It announced it would  close 133 Saks Off 5th’s store, including up to 20 U.S. locations. Saks Fifth Avenue closed its store at  lower Manhattan’s Brookfield Place, where flexible work space provider Convene took over.

Hudson’s Bay also sold its Lord & Taylor flagship building in Manhattan to WeWork and Rhone Capital for $850 million. In addition, the chain is looking at strategic options for what’s left of its flailing Lord & Taylor division, including a possible sale.

The company has formed a special committee to consider Baker’s bid with the help of outside financial and legal advisors. No decision has yet been made.

Much of Hudson’s Bay value is locked in its real estate, and it’s difficult to separate the real estate from the retail.

“On the surface, it looks like not a bad deal if you’re kind of living in the moment, because if you take this [$9.45 per share] offer, you’re going to get a 40 to 50 percent pop on your current value of the stocks,” Winder notes.

“Having said that, where the issue comes in, is most people would agree that the major value for HBC is its real estate, because their retail operations have been mostly OK to not so great,” Winder says.

He notes the company went on a spending spree over the last 10 years buying different retailers, including Galeria Kaufhof in Germany, Gilt and Lord & Taylor, among others, “for the sole purpose really of buying good real estate on the cheap.”

“No one disputes the fact that HBC has done a good job of acquiring real estate of other retailers,” Winder says. “It sounded good on paper and it looked good from a real estate standpoint, but here’s the problem: They were not very good at running the retail side of the business.”

Some people think what Baker and his team are trying to do is take the company private to “get it back on the cheap now, so they can crack open the pot of gold of real estate themselves and harvest that win instead of spreading the wealth with the current state of investors,” according to Winder.

“No one has said that, but that’s sort of the thinking on the street. “Are they really rolling the car into fix it or are they rolling it in so they can strip it down and sell off the parts?”

He says that’s why there’s some skepticism. “Land & Buildings is picking up on this, saying, ’Whoa. This is way undervalued.’”

No one questions whether Baker and his team are outstanding real estate managers and developers, Winder adds.

“The hard part for Mr. Baker is he has had a hard time finding someone who can fix the retail side. I think [Hudson’s Bay CEO] Helina Foulkes can do it… but it’s a big hill to climb.”

Pulling out of Europe

The company is selling the remaining interest in its European businesses to SIGNA Retail Holdings for $1.5 billion Canadian dollars (or US $1.13 billion). SIGNA will take over the companies’ German real estate and retail joint venture, which includes the Galeria Kaufhof department store chain. A portion of the proceeds will be used to fortify the company’s balance sheet by paying down a term loan.

Upon closing, Hudson’s Bay will completely exit its German operations.

“Financially, it provides us with the best opportunity to capitalize on our German real estate and allows us to further strengthen our balance sheet,” Foulkes said in a statement. “Strategically, we will be able to fully focus our resources on HBC’s North American operations, including our best growth opportunities—Saks Fifth Avenue and Hudson’s Bay. This transaction is another bold action that unlocks the value of our real estate and demonstrates our resolve to creating a stronger, more capable HBC.”

It’s a smart move, according to Efros.

“I think the reality is where they went wrong is they started to go outside of North America and grow internationally, “Efros says. “It’s a completely different business and much harder to manage, and that became a distraction. Today, the only asset that’s currently working for them is really the Saks banner, so they’re letting go of a lot of different banners… And obviously, they’re getting criticized by the street and by investors as well, on every move that they’re making.”