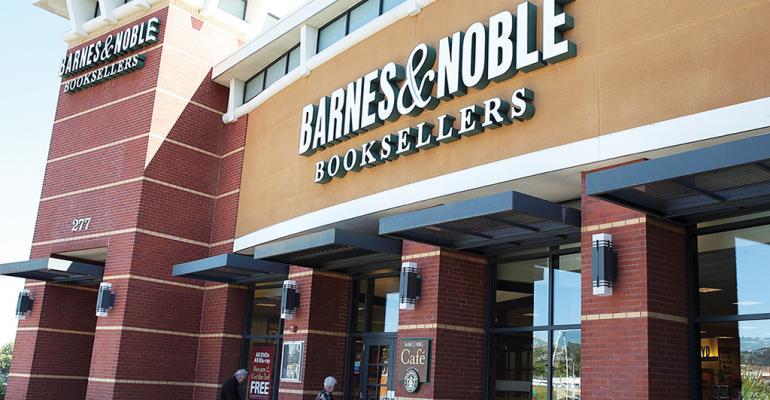 Can James Daunt Save Barnes & Noble from Oblivion?

The CEO who managed to turn around U.K. bookseller Waterstones has been put in charge of fixing the U.S. chain.

After months of uncertainty regarding what will happen to the flailing Barnes & Noble bookstore chain, a sale is imminent.

U.K.-based hedge fund Elliott Advisors announced earlier this month that it will acquire the company in an all-cash transaction valued at $683 million, including debt. That breaks down to $6.50 per share.

The once-powerhouse U.S. bookseller will now become private after being publicly-traded since 1993. Elliott also owns Waterstones, Britain’s biggest bookstore chain, which it acquired in June 2018. This new deal brings together the largest booksellers in the U.S. and the United Kingdom. Barnes & Noble operates 627 U.S. locations and Waterstones has 293 bookshops in the UK, Ireland, The Netherlands and Belgium.

In an effort to breathe new life into Barnes & Noble, Elliott is bringing in James Daunt, CEO of Waterstones, to run the company. Daunt is expected to use the same turnaround tactics for Barnes & Noble that he used for the once-struggling Waterstones, including re-investing in stores and empowering local bookselling teams, Barnes & Noble revealed.

That means stores will be more tailored to their local markets—similar to a local bookstore—vs. operating as a massive, big-box chain.

Daunt revived Waterstones from a state of near bankruptcy to profitability. In a statement, Barnes & Noble executives said Waterstones has “successfully restored itself to sales growth and sustainable profitability” under Daunt’s leadership.

Daunt will take on the Barnes & Noble CEO role following the completion of the transaction, which is expected to close in the third quarter. While Daunt will head up both Barnes & Noble and Waterstones, the bookstores will operate independently.

Neither Barnes & Noble representatives nor Daunt could be reached for comment. However, Barnes & Noble founder and CEO Leonard Riggio, said in a statement, “We are pleased to have reached this agreement with Elliott, the owner of Waterstones, a bookseller I have admired over the years. In view of the success they have had in the bookselling marketplace, I believe they are uniquely suited to improve and grow our company for many years ahead.”

Barnes & Noble has been decimated by online competition for years, with Amazon as its most fierce competitor. The chain is suffering from declining foot traffic, store closings, falling sales and changing consumer demand. Barnes & Noble has closed some 150 stores over the past 10 years. Meanwhile, Amazon is expanding into the bricks-and-mortar world and opening its own bookstores.

Barnes & Noble attempted to attract more technologically savvy shoppers and expand into the digital marketplace with its Nook e-book reader. However, it couldn’t compete with Amazon’s Kindle and other tablets.

Last October, the beleaguered company said it was looking into a possible sale. It noted that there were “multiple parties" interested in making an offer to acquire the company, including Riggio.

Being a private company could allow Barnes & Noble to make improvements and investments with more speed and efficiency, because it would no longer have to manage publicly announced quarterly results and answer to Wall Street. Such changes could include closing unprofitable stores, rightsizing its portfolio and giving stores a fresh look.

The company has a new store prototype that’s about half the size of its traditional stores, with updated cafes and improved digital elements.

Whether a turnaround is possible will be largely dependent on the financial structure and debt obligations that will be placed on the operating company, says Rachel Elias Wein, president of WeinPlus, a St. Petersburg, Fla.-based strategy and management consulting firm.

“When we look at the retailers that have suffered the most in recent years, it's been those companies that have been saddled with debt well beyond management's ability to make cuts in the operating company,” she notes, pointing to Payless Shoe Source, Gymboree, Shopko and Toys “R” Us as examples.

“Being private may be the best opportunity for them to turn around, with the ability to make long-term moves, including store closures, changes in distribution and possibly exiting underperforming markets altogether,” Elias Wein says. The public markets, she notes, can penalize long-term moves based on quarterly pressures.

“Is Amazon to blame for its demise? No. Or rather, no more than Walmart is to blame for small business closures and A&P is to blame for neighborhood grocers' closures. Retail is constantly evolving and the retailers that evolve with it will be successful. This could be an opportunity for Barnes & Noble to take a solid brand and make changes necessary to move forward.”

It has a ‘fighting chance’

A turnaround is possible; however, it will be a daunting task to overcome the age of e-readers, says Ben Terry, vice president of retail brokerage at the Coreland Cos., a real estate services company based in Tustin, Calif.

“I believe that Elliott Management has probably given Barnes & Noble a fighting chance by hiring the right gentleman for the job, James Daunt,” he says. “Daunt was successful turning around Waterstones in the U.K.”

Terry says Daunt accomplished that feat by eliminating doing business through the sales reps and creating a small team of buyers that would select books of the month.

“Furthermore, he gave the individual store managers the autonomy to tailor their stock to customers’ tastes,” Terry adds. “It worked in Europe, but the big question is: can it work here in the U.S.?”

There is still a demand and a need for a Barnes & Noble in the retail community, in Terry’s view.

“I’m just not sure if they can make the drastic changes needed to support their large footprint stores,” he notes. “If they are successful in downsizing their footprint and lowering their costs without sacrificing sales, then it might work. Only time will tell.”