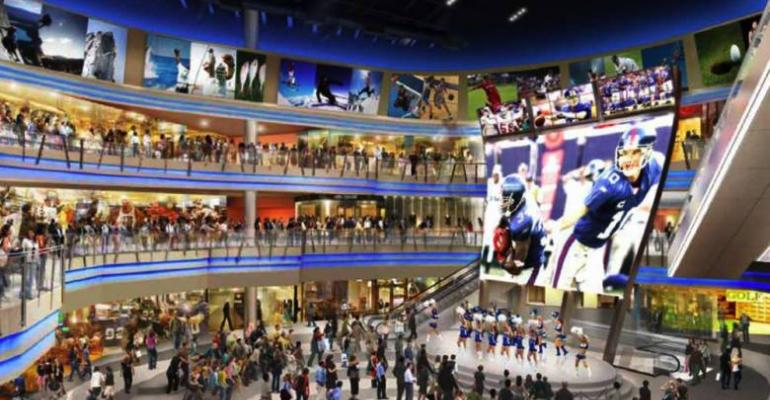 Bondholders With $1.1 Billion Riding on N.J. Mall Get a Peek

Bondholders on American Dream will visit the complex this Thursday to see what they bet on.

(Bloomberg)—Wall Street has over $1.1 billion riding on the success of New Jersey’s American Dream mega mall, the massive consumer utopia outside New York City that’s been in the works for nearly two decades.

So on Thursday, bondholders will get a sneak peek at the retail and entertainment hub to see what their investments helped create.

Bondholders have been invited to visit the complex in East Rutherford, New Jersey, ahead of its much-anticipated opening next month, according to a regulatory filing. Among the firms sending someone is Nuveen, one of the biggest holders of debt issued in 2017 to complete the American Dream.

The project was first proposed in 2003, before the explosion of Internet retailing that’s left many American shopping malls struggling, and was delayed by ownership changes and financial hard times. The developer, Triple Five Group, is wagering it can counter that trend and draw 40 million visitors a year with “fantastical” and “immersive” attractions like a roller coaster, waterslides and an indoor ski slope.

Payments from the owner back much of the project’s unrated debt that was issued through a government agency with access to the municipal-bond market.

Daniel Solender, a partner at Lord, Abbett & Co., which owns the bonds, said he was sending a research analyst to check out everything. “It’s nice to see there’s something that they’re ready to show,” Solender said.

American Dream sold $1.1 billion in unrated bonds in 2017 to help finance the completion of the project, which was once slated to open in 2013. So far, betting on the long-awaited mall has paid off. The price of debt due in 2050 has jumped to almost 120 cents on the dollar, well above its initial price of 102.8 cents on the dollar, because of a broader market rally and demand for high-yield bonds.

It’s unclear whether bondholders will get a chance to hit the slopes on what American Dream says will be the first indoor snow park in the nation, or if they’ll be able to walk across the Nickelodeon Slime Stage.

The notice filed on Monday said current and potential bondholders will receive more information after verifying they’re a qualified institutional buyer or sophisticated professional, the kind who can afford to lose money if bonds default.

McManimon, Scotland & Baumann, a law firm listed as the contact on the regulatory filing, did not respond to requests for comment. Nor did American Dream spokeswoman Debbie Patire.

--With assistance from Martin Z. Braun.

To contact the reporter on this story: Amanda Albright in New York at [email protected].