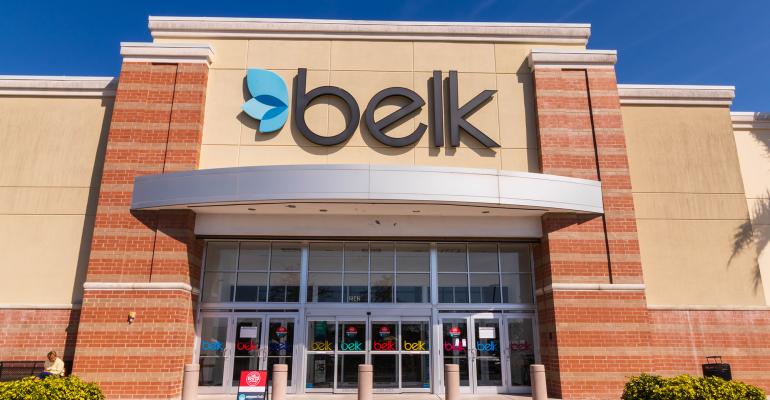 The deal would take the retailer through a prearranged restructuring of its debt.

(Bloomberg)—Sycamore’s Belk Inc. is nearing a deal to file for bankruptcy with plans to hand an ownership stake to lenders, according to people with knowledge of the matter.

The deal would take the department store chain through a pre-arranged restructuring of its debt, said the people, who asked not to be identified discussing the private talks. The terms aren’t final and could still change.

A representative for Belk and Sycamore Partners declined to comment.

The company has been working with Kirkland & Ellis and Lazard Ltd., Bloomberg earlier reported, while Willkie Farr & Gallagher and PJT Partners Inc. are advising a so-called crossholder group that includes large second-lien loan holders along with first-lien lenders and is led by Blackstone Credit.

Department stores have struggled as shoppers have defected to specialized retailers and new online competitors. Closures because of Covid-19 and customers’ reduced desire to shop amid the pandemic have only heightened the pain.

To cope with the situation, Charlotte, North Carolina-based Belk delayed and halted payments to some vendors, Bloomberg previously reported.

William Henry Belk opened his first store, called The New York Racket, in 1888. The mid-priced chain bought up other department store locations, primarily in the South, to grow to almost 300 locations in 16 states.

Belk’s first-lien debt recently traded around 39 cents on the dollar.