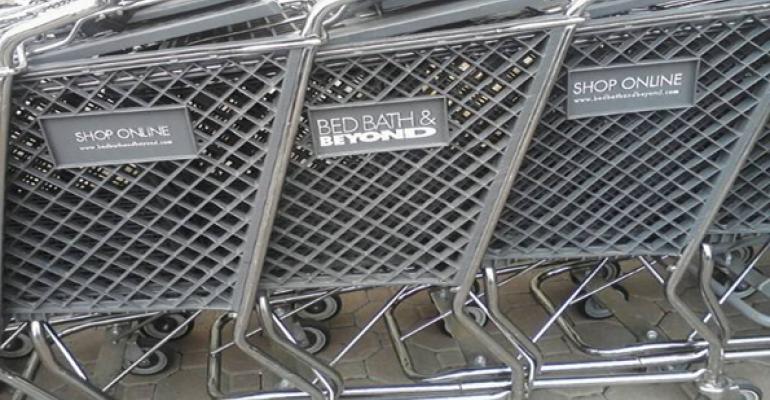 The retail chain still has sizeable market share and changes from renegotiating leases to improving its e-commerce division could help turn it around.

(Bloomberg Opinion)—Finally, Bed Bath & Beyond Inc. has acknowledged what has been obvious from the outside for a while: Its longtime CEO isn’t the right person to revive the deeply troubled home-goods chain.

The company announced Monday that Steven Temares, who had held the top job since 2003, has departed that role. Mary Winston, a new board member who previously served as CFO of Family Dollar, has been appointed interim CEO. The leadership shuffle comes after a coalition of activist investors called for sweeping changes at the big-box retailer. In addition to urging the ouster of Temares, the group that includes Legion Partners, Macellum Advisors and Ancora Advisors has put up candidates for its board and pushed for strategic shifts such as fresh merchandising strategies and selling some of its smaller brands.

Bed Bath & Beyond had already made some attempts to answer the activists’ criticism, including appointing several new board members and forming a board committee focused on transformation. Temares’s departure is long overdue, though. In fact, I had written over a year ago that the board ought to consider replacing him. By so many different measuring sticks, the company has struggled under his stewardship. Its market value has sunk, revenue has started to slip, comparable sales have weakened, and profit has been crimped.

A number of factors led to that enfeebled position, including a relentless commitment to couponing, a timid approach to store redesigns, and an inability to use acquisitions such as One Kings Lane and Decorist.com as catalysts for real change. Ultimately, Temares is responsible for that, and for leaving room for competitors such as Wayfair Inc. and TJX Cos.’ fast-growing HomeGoods chain to gain more traction.

Still, I understand why shares of Bed Bath & Beyond weren’t buoyed by the news. Trade tensions are weighing on the market overall, and according to estimates from UBS, Bed Bath & Beyond has more exposure to increased U.S. tariffs on Chinese goods than some other big names in big-box retail.

But also, getting rid of Temares is only the beginning. Now the board must succeed in recruiting a permanent CEO who has a fresh vision for this company and who will act with urgency to deliver noticeable change in its stores and website. They may be able to pull that off.

I can that imagine orchestrating a Bed Bath & Beyond turnaround might actually seem like an exhilarating challenge for a certain type of leader. After all, this is a much different situation than at Gamestop Corp., which only recently named a permanent CEO after a long stretch with an interim leader at the top, or Barnes & Noble Inc., which has been without a CEO since pushing out Demos Parneros last summer. Those companies are in structurally challenged businesses for brick-and-mortar selling. Bed Bath & Beyond isn’t, and it hasn’t hit rock bottom. It still has sizable market share with its annual revenue of $12 billion, and all sorts of changes — from renegotiating leases to improving its e-commerce operations to de-cluttering the stores — could help revitalize the company.

Plenty of questions remain about the potential for Bed Bath & Beyond to undergo the true transformation that has eluded it in recent years, including whether the departure of Temares will satisfy the activist group, or whether it will keep campaigning for change. But at least one of the biggest obstacles to progress — a CEO who let the company slide into irrelevance — has been removed.