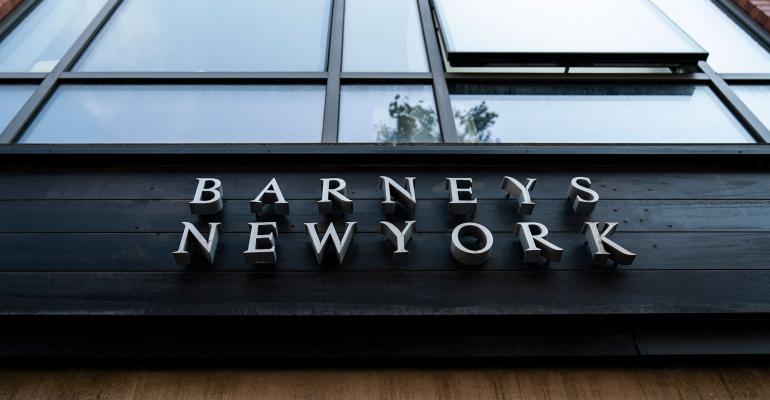 Authentic Brands Group is currently the only bidder for the department store.

Authentic Brands Group LLC, currently the only qualified bidder for Barneys, said in a statement that it expects to complete its purchase of Barneys intellectual property on Oct. 31, subject to customary closing procedures.

But Barneys plans to continue to negotiate toward rival “going concern” bids despite the auction cancellation.

“We are continuing to work towards a value-maximizing going concern transaction for the company, including in relation to a potential transaction led by Sam Ben-Avraham and his group of financial, operational, and strategic partners, up to and including the Oct. 31 sale hearing,” a Barneys representative said in an emailed statement.

Barneys had managed to delay its deadline for offers and its auction as Ben-Avraham said he planned to submit a bid, one that would “maintain the integrity of the brand and its relationship with the customers, suppliers, and workers,” he said previously.

Ben-Avraham’s group put forth a bid, but it failed to qualify in the bankruptcy case, according to people familiar with matter who weren’t authorized to speak publicly. He also led a public campaign around his bid using a #SaveBarneys slogan.

“We look forward to proceeding with our plans for Barneys as we continue the closing process,” Authentic said. “Barneys is one of the most recognizable and iconic names in luxury lifestyle. Our goal is to preserve and build upon Barneys’ legacy and evolve it for the future.”

Authentic owns and licenses fashion, celebrity and media brands including Nine West and Sports Illustrated. Barneys selected the company as its so-called stalking horse bidder, which sets a floor for further offers in a bankruptcy sale process.

Ben-Avraham didn’t immediately respond to a request for comment.

--With assistance from Katherine Doherty.