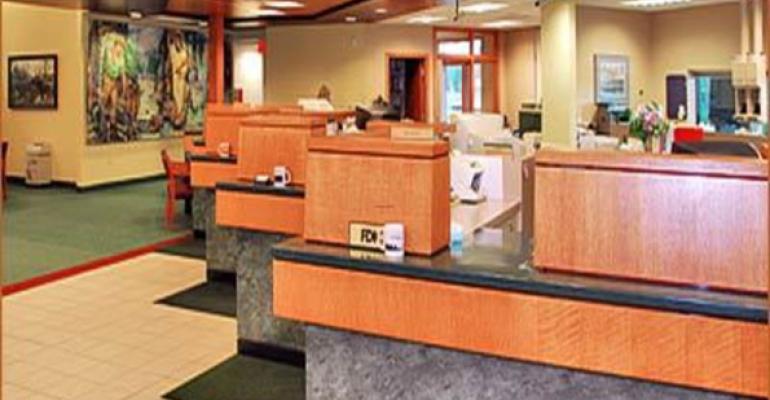 Bank Branch Closures Are Increasing, But Alternative Tenants May Take Over Vacated Spaces

Bank branch inventory in the U.S. has decreased by about two percent each year over the past two years, according to real estate services firm JLL. From 2016 to 2018, 5,700 branches closed across the country, and forecasts call for another approximately 1,700 bank branches to close this year.

Banks are shrinking their physical footprints because of their focus on omni-channel strategies to connect with customers, not because of inherent problems with their retail branches. Despite bank closures, total deposits increased by 3.8 percent last year because of, in part, the growth of mobile and online banking. For this reason, banks remain in a healthy position, according to Christian Beaudoin, research and strategy managing director at JLL, a real estate services firm.

But amid banks shrinking their physical footprints, landlords see an opportunity to reuse the space. According to Beaudoin, retail healthcare facilities and alternative users like co-working operators may be able to move into closed bank spaces.

The $3.5 trillion U.S. healthcare industry is estimated to grow by over 70 percent to around $6 trillion by 2027. Only 10 percent of U.S. shopping centers have a healthcare-related tenant, though that is expected to nearly double by 2022, according to JLL.

“Bank branches had earlier been located in areas of demographic growth and in the path of strong retail locations,” says Beaudoin. “If there are multiple banks in such a cluster, bank owners may choose to close such a branch, but that location could still be good for other uses.”

Healthcare providers can also boost foot traffic and sales growth for surrounding retail tenants, as the influx of patients and physicians raises demand for the center’s restaurants and stores, JLL researchers note.

Co-working operators tend to focus on high wage markets and cities with a large concentration of professional services firms, especially tech-heavy areas, according to real estate services firm Colliers International. Last year, the amount of co-working space in the U.S. rose by 16 percent and is forecasted to grow by another 6 percent between 2018 and 2022.

Primary markets saw a reduction in the number of their bank branches of 1.6 percent between 2017 to 2018, while secondary markets experienced a reduction of 1.9 percent.

“These closures have certainly impacted the retail commercial real estate markets, they have contributed to some of the vacancy challenges in traditional retail real estate,” says Beaudoin.  “However, they have also created opportunities for creative landlords and they have also attracted some new tenants and retail concepts to the market.”