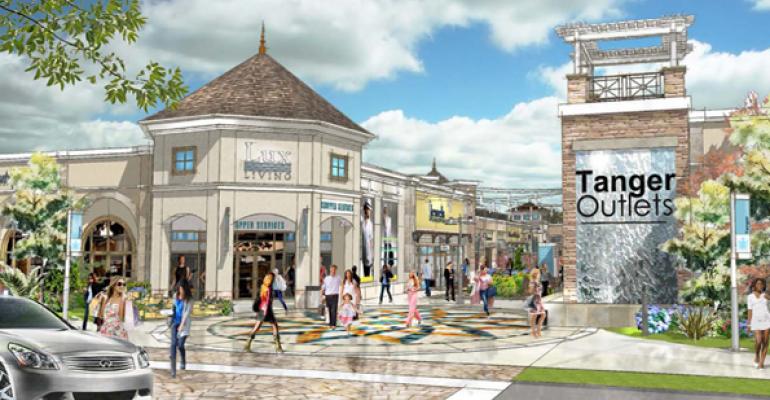 Are Outlet Centers Immune to the Retail Apocalypse or are They Next?

While property fundamentals in the sector remain solid, development has slowed significantly.

The outlet center sector has been one of the few bright spots in the retail industry, which has been in upheaval with retail bankruptcies and store closures.

Outlet centers boast brand-name retailers looking to sell overstock items and out-of-season merchandise to consumers who are looking for more bang for their dollar.

While fundamentals remain strong, the looming question is what does the future hold for the outlet center sector? Will it, too, fall prey to the retail apocalypse? Are there any cracks in the sector’s performance?

There are roughly 200 outlet centers in the U.S. representing $50 billion in market value, according to Green Street Advisors, a Newport, Calif.-based real estate research firm.

Overall occupancy for outlet centers currently averages 96.4 percent. In comparison, the nation’s approximately 1,100 enclosed malls struggle with vacancy. Reis Inc. reports that the vacancy rate for regional and superregional malls is at 9.0 percent—up from 8.3 percent at the end of 2017.

“The U.S. outlet sector is holding strong and has seen sustained growth in the past several years,” says ICSC spokesperson Stephanie Cegielski.

Outlets known for the treasure hunt

“It’s not just a routine shopping experience that’s kind of boring and humdrum. It’s seen with a little level of excitement, and there’s still kind of the thrill of the hunt,” Wagner says.

Although some would argue that more online deal-hunting is occurring. For example, off-price retailer Marshalls announced plans to open its first online store later this year. To date, off-price retailers—like outlet centers—have kept the threat of e-commerce at bay by offering in-store, treasure-hunt shopping experiences and taking a more laid-back strategy to online sales.

“There’s a lot of treasure hunting going online now,” says Jan Kniffen, a retail consultant and founder of J. Rogers Kniffen Worldwide Enterprises. “How about the Real Real? Poshmark? ThredUp? Vestiaire Collective? All of those that are resale. Tell me that’s not a treasure hunt online. That’s now a $25 billion business… and it’s growing 40 percent a year. Yes. You can take the treasure hunt online; it’s just what your definition of treasure hunt is.”

Certainly, e-commerce is a factor, but it’s not nearly the factor that people think it is, adds Wagner, pointing out that e-commerce is about 11 percent of total U.S. retail sales.

The reality is e-commerce is certainly taking some retail sales, she says. “The good news for the outlet sector is we’re increasing at almost the same pace that e-commerce is increasing—all of which is coming from traditional brick and mortar,” Wagner notes.

Kniffen points out that outlet centers are competing with the booming off-price sector as shoppers see strong value proposition at retailers like T.J. Maxx and Ross.

The primary reason that outlet centers have been outperforming regional malls during the retail sector’s struggles is they don’t have to worry about troubled department store retailers like J.C Penney, Sears and Macy’s, which are closing hundreds of locations.

“They have no failing anchors, which is good news for them,” Kniffen says.

“What investors like about this category is that it’s very risk-averse in the sense that our anchors are not 50,000-sq.-ft. Best Buys,” Wagner notes. “Our anchors might be 5,000 or 6,000 sq. ft. But the anchors are the brand, so if you lose a 6,000-sq.-ft. so-called ‘anchor,’ that’s not a big hole to fill. That’s one of the huge beauties of this industry is that our biggest units are tiny compared to other forms of retail.”

While the outlet sector is the only retail sector that’s experienced significant development in recent years, development has slowed even for the biggest operators.

Wagner doesn’t consider it a contraction in the sector, but a flattening as the market absorbs the square footage already built.

“And now you’re seeing this move to outlets in mixed-use environments, so you’ll see much less of a pure outlet center kind of development going forward,” Wagner says. “They will be more urban and mixed-use, and that’s what’s going to lead to longevity for the industry.”

Simon Property Group and Tanger Factory Outlets are the leading players in the space.

Green Street points to financing hurdles, retailer due diligence and the importance of having the commitment of several key tenants—like Polo, Calvin Klein and Nike—in addition to keeping supply in check and development reserved for established players.

The sector is becoming saturated, he notes.

“Tanger is the best in the group, and if they’re not growing and building new ones, they see something or else they would be building new ones,” Kniffen says. “Since they’ve pulled back, it became very clear to me that if the best player in the space sees the space as saturated or the investment doesn’t pay off going forward, this business is slowing down from the point of view of growth.”

The only outlet center to open in 2018 was Simon’s Denver Premium Outlets.

The only one slated to open this year is the Empire Outlets in New York City by developer BFC Partners. It’s slated to open May 15. The center has been under construction on Staten Island’s waterfront since 2015.

Neither Tanger nor Simon has plans for openings in 2019—a significant departure from their previous development activity.

However, Tanger announced future plans for a 280,000-sq.-ft. outlet center in Nashville, Tenn. Tanger executives said the company started the "early due diligence process” and “will not break ground until at least 60 percent of the project is leased.”

As the predictor for the sector, Tanger is watched closely and not immune to retail’s struggles. Its portfolio occupancy dropped from 99.0 percent in 2013 to 96.8 percent at year-end 2018. It’s projecting average occupancy could fall as low as 94.0 percent this year following more store closures. It also saw same-center NOI decrease 0.7 percent in the fourth quarter and 1.3 percent for the year, reflecting the impact of bankruptcies, lease modifications and store closures in 2017 and 2018.

Tanger is also disposing of some non-core properties. It announced in April it sold four non-core outlet centers for $130.5 million.

In other developments, Simon formed a joint venture with Macerich to build the Los Angeles Premium Outlets in Los Angeles. An opening is planned for 2021.

More outlet centers continue to be developed closer to major population centers and more are part of mixed-use projects.

“We’re transitioning from the out-of-town shopping destination to more of an in-town, mixed-use development—mixed with entertainment, dining, all these other drivers that customers now are demanding,” Wagner says.

She also says outlets are catering more to millennials.

“Our customer base is becoming much more of a millennial customer,” she says. “Those customers are less inclined to want to travel distances—and sometimes they don’t even have cars—so they want something nearby and want the combination of all the other uses.”

“My theory is that millennials grew up going to outlets, so it’s part of their shopping menu… They’re a dominant factor right now in the way that we locate centers, lease them and operate them. We have to embrace new technologies, new means of marketing to reach these consumers. And that’s all positive. Embracing change leads to longevity.”

Some markets have two or three outlet centers and can only support one. In St. Louis, Simon and Taubman Centers built centers just five miles away from each other. The Taubman center closed and the property was sold last year. Kniffen says he knows of at least four failed outlet centers in the past couple of years.

“Do I think there’s something fundamentally wrong with outlets?” he asks. “No. Because they—like the office-price guys—are younger than the other sectors. They’re young, so they were developing really quickly and being built out. They were the new, shiny object and consumers all went there just like they’ve done with the off-price places. But those are getting saturated, and the outlet malls are getting saturated.”

Kniffen also notes that retailers like Tommy Hilfiger, Coach and Michael Kors have pulled back from outlets.

“They’re trying to put less in the outlet malls, because it was damaging the brand,” he says. “They weren’t selling enough full price vs. how much they were selling off-price at outlets.”

Retailers don’t want so many outlet locations that it dampens the enthusiasm for full price merchandise, he notes.