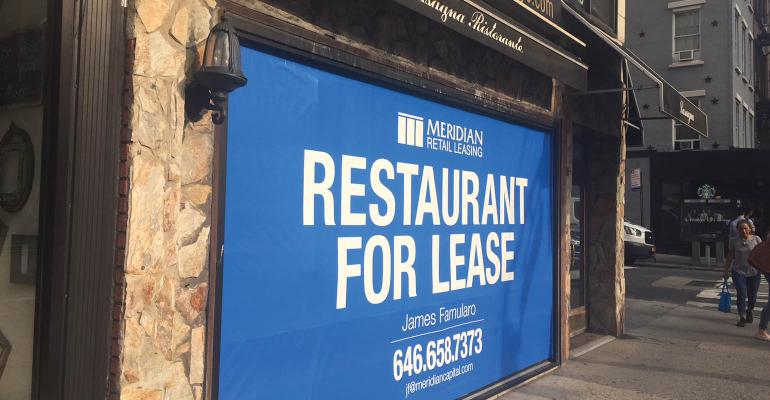 Are Landlords to Blame for New York’s Rising Retail Vacancies?

The New York City Council is debating a bill it says could help storefront vacancy by leveling the playing field for small businesses.

The storefront vacancy in Manhattan and across New York City is at unprecedented high levels. Years of increasing rents for retail space, growing competition from e-commerce players, changing consumer shopping patterns and retailers’ bankruptcies have left some of the country’s priciest retail submarkets with empty spaces.

New York City officials think they may have a way to fix that.

Last week, the New York City Council held a hearing on the Small Business Jobs Survival Act, a bill that proponents say could help stop the shuttering of small shops along the city’s streets by helping small businesses negotiate more equitable lease terms. City officials worry that small businesses are being priced out of space due to increasing rents.

It’s a decades-old bill, but this is the first time it’s been debated in some 10 years. The SBJSA would regulate rent negotiations between small businesses and landlords when leases come up for renewal. Critics of the legislation say it’s a form of commercial rent control.

The bill appears to be picking up steam, however. Not surprising, landlords and real estate groups are arguing against it. The Real Estate Board of New York (REBNY) vehemently opposes it.

“This bill will kill jobs, kill ingenuity and ensure the homogenization of retail in the city of New York,” testified John Banks, REBNY president. “It was deeply flawed 30 years ago, and it is deeply flawed today. The only survival the bill ensures is of continued vacancies.”

The fate of the legislation is being watched closely by other cities nationally as many are also experiencing an uptick in retail vacancies as brick-and-mortar retail competes in the world of e-commerce.

“We’re opposed to it for a lot of reasons,” says Steve Soutendijk, executive managing director with real estate services firm Cushman & Wakefield, who testified at the hearing. “One is that it’s so poorly worded that it offers Goldman Sachs in a million-sq.-ft. lease the same protection as a 500-sq.-ft. mom-and-pop nail salon. I don’t think that’s the intention of the bill,” but that’s how it’s currently worded.

As a broker whose livelihood is entirely commission-based and entirely dependent on landlords and tenants coming to terms on leases, vacant storefronts don’t make me any money, and they’re definitely a blight on New York. If we can eliminate them altogether, I’m totally for that.”

However, he argues that the bill won’t do that, and moreover, might have unintended consequences that could hurt businesses.

“That’s certainly the position of the brokerage world and the real estate community, and we don’t even know what this would unleash, because it’s such a blanket bill,” Soutendijk says. “And we definitely don’t think it’s going to help the real underlying problem.”

It’s understandable that supporters of the bill wonder why owners of vacant stores won’t lower the rent after a property has remained vacant for 18 months, Soutendijk notes. But, in some cases, even if the rent goes down by as much as 40 percent, “There’s some space that’s just not great. The good spaces have to rent before the bad spaces, and it’s a constant exercise in figuring out pricing.”

There’s a misconception that landlords are waiting for top rental dollars from banks and drugstores and want to kick out mom-and pop retailers, he adds. In reality, with the banks curbing their expansion and drugstores closing locations “left and right,” many institutional landlords are more than willing to take a chance on mom-and-pop retailers and start-ups.

Are some landlords holding out?

It has been suggested that some investors overpaid for high street retail assets and can’t afford to charge lower rents to meet their return goals—and are sitting on the space as a result.

“To some extent that’s true,” Soutendijk says. “Asset valuations did drive high asking rents in 2014, 2015 and some portion of 2016, but at what point can you no longer wait? At some point, you have debt service to pay. At every point you have property taxes to pay. You hear people constantly cry ‘high-rent blight.’

They’re concerned about greedy landlords, and that landlords might benefit from keeping stores vacant.”

But he says property owners don’t benefit from empty storefronts, and there are no tax benefits for keeping space empty.

“Regardless of whether you have a vacant store, you’re still required to pay property taxes, and those are really meaningful costs that normally are offset by cash flow coming from your tenants in the retail space,” Soutendijk says. “At some point, landlords are just going to have to bite the bullet.”

Some landlords may have held out for a little while to see if anybody would pay a higher rate, according to Jim Costello, senior vice president with New York City-based research firm Real Capital Analytics.

“They could carry that empty space for a bit because the rest of the building is cash flowing,” he says. “It’s a temporary situation given the fact that they can refinance the building based on the income of the rest of it and move forward. But eventually, something will have to give.”

Costello says after talking to their brokers and getting a sense of what deals were possible, many landlords are getting the rents closer to where the market is.

As availability increases, Manhattan’s retail rents continue to fall in most of the borough’s major retail neighborhoods, according to a new report from Cushman & Wakefield.

The submarkets with the highest rents—Upper Fifth Avenue, Soho, Madison Avenue and Herald Square—are experiencing the biggest declines in asking rates. Times Square and Flatiron/Union Square were the only neighborhoods where rents increased year-over-year in the third quarter of 2018.

Landlords are adjusting to a new norm as they cut prices to fill space, and they’re more willing to do short-term leases with pop-ups. Those who hold out for the “right tenant” could be left dealing with empty space for years.

“It’s no secret that the pendulum has swung the other way,” says Faith Hope Consolo, chairman of New York City-based Douglas Elliman's retail group. “Most landlords have embraced the reality of the retail climate and have been more flexible than ever vying for tenants, adjusting rents accordingly, even offering concession packages that include rent-free time. Landlords are also adapting to the changing market by pursuing tenants in sectors other than fashion to diversify.”

Entertainment, restaurants, beauty, fitness and technology concepts are performing well. “For those who are creative and adjust, it is a win-win,” Consolo says.

In most major submarkets, asking rents are down 20 to 30 percent over the last 18 months, Soutendijki says. “And that doesn’t reflect the increased concessions, which are tougher to quantify statistically. But anecdotally, they’re definitely a bigger part of deals in Manhattan.”

This shift in landlords’ expectations is leading to more velocity. For example, along Madison Avenue, where asking rates dropped 14.9 percent year-over-year to $1,226 a sq. ft, 26 new stores opened this year.

Flatiron was the strongest performer in the third quarter, with asking rents up 5.3 percent to $437 a sq. ft., and the availability rate down 180 basis points to 13.9 percent. Twenty-six new stores opened this year in that submarket. A lot of the deals getting done involve local businesses and include small coffee shops and amenity users.

“Markets like Flatiron are way tighter than others and rents have not needed to fall as fast to bring availability rates down to more of an equilibrium where landlords and tenants have equal amount of leverage,” Soutendijk says. “But we’re definitely not at that level in a lot of other submarkets, like Broadway, Soho or along Fifth Avenue.”

Soho continues to struggle. Asking rents dropped 11.7 percent year-over-year to $417 a sq. ft., while the availability rate was up 60 basis points to 23.9 percent.

Upper Fifth Avenue has also taken a hit. Asking rents on the street—which is the city’s priciest—dropped 9.2 percent to $2,668 per sq. ft. Availability jumped 10.1 percent to 24.6 percent.

Because there are not as many retail tenants out there, it takes a lot longer to backfill the substantial overhang of available space, Soutendijk says.

“Rents started coming down meaningfully about two years ago, and we’re just starting to see the fruits of that over the last six to 12 months,” Soutendijk says. “You’re starting to see velocity in a lot of these markets at those new levels.”

However, he adds that the perception for “John or Jane Doe walking around New York City is that these spaces aren’t renting fast enough.” Meanwhile, the landlord behind the scenes hasn’t only dropped asking rents 30 percent, but are offering free rent, tenant improvement allowances and build-outs, Soutendijk says.