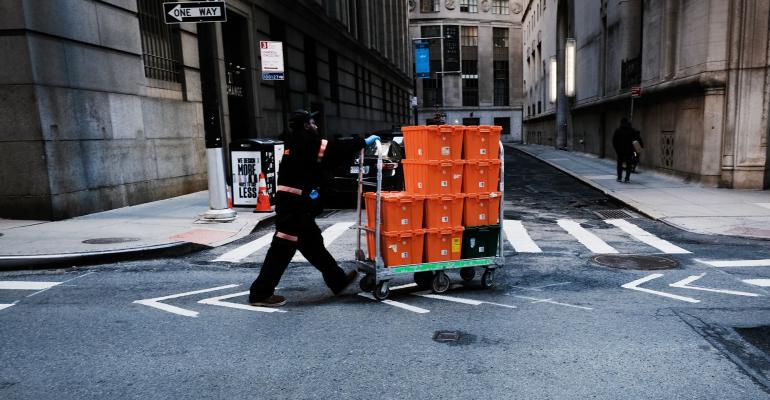 Americans Adopting E-Commerce Faster Than Ever Amid Pandemic

E-commerce sales were up 25 percent in the middle of March compared to the start of the month.

(Bloomberg)—The coronavirus pandemic is sparking enormous changes in e-commerce over a very short period of time, according to a study from Adobe Analytics.

Average daily online sales for groceries, for example, doubled by the middle of March compared with the start of the month, the study shows. Overall, e-commerce is up 25% over the same period, which compares March 13 to 15 with the first 11 days of the month. Using a longer view, grocery spending now represents 8% of overall e-commerce, up from 6% three years ago, Adobe Analytics said.

While online commerce was already making steady inroads in retail’s market share, the pandemic, which has shut down brick-and-mortar retail, has created a “forcing function” that’s pushing consumers online for all of their needs, said Vivek Pandya, lead analyst for Adobe Digital Insights.

The buy-online-pickup-in-store option, known as BOPIS, saw a 62% surge in the Feb. 24 to March 21 period compared with a year earlier, according to Adobe Analytics. Orders for computers have surged as well, with the daily average increasing 40% from March 11 to 25 compared with the preceding 10-day period.

At-home fitness gear like dumbbells, stationary bikes and treadmills saw a 55% boost in sales in the March 11 to 15 period when compared with the first 10 days of the month.

The flipside to these increases is that apparel is struggling to gain traction -- a worrying sign for retailers that have been forced to close their stores as growing numbers of nonessential businesses across the U.S. pause their operations.

An average online apparel store has seen a 13% drop in sales in the March 12 to 25 period, compared with the preceding weeks, according to Adobe Analytics.