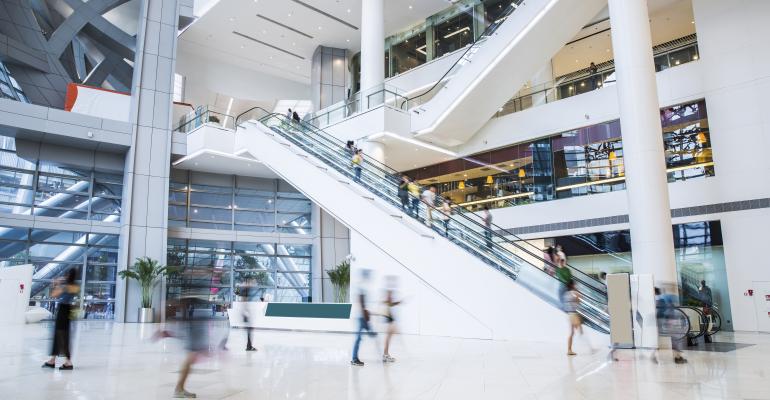 Chains such as Macy’s, Dillard’s and Belk are letting customers inside stores in parts of the country.

(Bloomberg)—As some U.S. states lift restrictions on businesses, the next several days are set to bring the biggest collective retail reopening since the coronavirus pandemic shuttered thousands of stores more than a month ago.

Chains such as Macy’s Inc., Dillard’s Inc. and Belk Inc. are letting customers inside stores in parts of the country, in hopes that shoppers are willing to venture out and brave distancing rules, cleaning disruptions and limited services.

These first days back will be closely watched as the industry plots its comeback after a crisis that cost an estimated $150 billion in lost sales last month and pushed renowned names including Neiman Marcus, J.C. Penney and J. Crew to the brink of bankruptcy. The companies that do reopen face wide-ranging challenges in adopting new safety procedures and bringing back some of the roughly 1.3 million U.S. store employees that were furloughed.

Most crucially, no one knows if shoppers will even want to come back -- much less spend money on trendy dresses, leather handbags and diamond jewelry. But with cash dwindling, many retailers have little choice but to reopen where they can.

“What’s going to happen if they stay closed?” said Gabriella Santaniello, founder of retail consulting firm A Line Partners. “They can’t stay closed until there’s a vaccine. They’ve got to get back to business or it’s going to be a heck of a lot dire than it is now.”

States including Texas, Georgia and South Carolina are allowing stores to resume business, with some limitations. Simon Property Group Inc., the largest U.S. mall landlord, is opening 49 of its locations.

Stores are rushing to adapt safety procedures to make shoppers feel comfortable. Macy’s, opening 68 stores Monday, won’t permit product testing at beauty counters and most fitting rooms will be closed. Signet Jewelers Ltd., owner of stores including Zales and Jared, will have workers donning masks and gloves as it starts opening shops this week. Some will offer only curbside pickup, like Coach, Kate Spade, Ulta, Chico’s, Bed Bath & Beyond and Kohl’s, which has offered the service since early April. Others, including Gap Inc., are staying shut.

“Customers’ willingness to go to the mall will be all over the map,” said Steve Dennis, president of SageBerry Consulting, a Dallas-based retail advisory firm. “I’ve talked to a lot of people who are in no particular hurry to go back to a remotely risky place. But I think it really varies a lot by the mall and the particular retailer.”

Right now, one of the few blueprints retailers can reference during this time is China, where the outbreak started late last year but stores have largely reopened. Tapestry Inc., the owner of Coach and Kate Spade, has had its roughly 300 boutiques in the Asian country open for weeks, providing a playbook for North America and Europe.

Coach stores in China put out hand sanitizer for staff and customers, and workers are required to wear masks and disposable gloves. They wash their hands before and after interacting with customers and must keep their distance. Associates clean fitting rooms every time they are used, as well as disinfect clothing or shoes that were tried on.

Executives have learned it takes less than 72 hours’ notice to reopen a store, said Chief Executive Officer Jide Zeitlin. But the company will take it slow, starting with 40 U.S. stores that will only do contactless pickup.

But China may also indicate a bleak outlook for America’s retailers. Malls in major Chinese cities are only attracting about 70% of their pre-virus foot traffic a month after reopening, said Sucharita Kodali, an analyst at Forrester Research. In the U.S., there’s been a slowdown in traffic at grocers during the pandemic, she said, showing that even essential goods aren’t attracting shoppers like they once did.

Only one-third of American adults surveyed April 20 said they will feel safe shopping in a mall after stores reopen, according to a study by retail predictive analytics company First Insight Inc. Respondents said they’d feel safer at other shopping destinations like grocery stores and local small businesses.

Macy’s initially expects to generate just a fifth of its normal sales volume at the stores it’s opening, CEO Jeff Gennette said in a call with investors on Thursday.

“We’re going to learn so much from the first 68 stores that will influence all the other later stages of what’s going to open,” he said.

The most crucial lesson will be what it’ll take to make customers feel stores are safe to enter again. Macy’s associates will wear company-issued cloth masks. Bra-fitting services and ear piercings have been suspended. One element that will remain: workers in the fragrance department can continue to hand out blotter cards -- from a safe distance.

The National Retail Federation and Seyfarth Shaw LLP have compiled a 10-page checklist, dubbed Operation Open Doors, for retailers to use as a guide. For example, stores should have plans for how they’ll call furloughed employees back to work, use elevator attendants to manage crowding and possibly even consider suspending returns and exchanges for the time being.

J.C. Penney has seven stores open and is offering contact-free curbside pickup at about 30 locations. Inside, there are signs reminding customers of social-distancing procedures. Shields made of plexiglass are present at registers and salon services have been postponed indefinitely.

Chico’s FAS Inc., owner of White House Black Market and Soma, created its own 30-page manual on the reopening process. Shopping will initially be limited to curbside pickup until mid-May. Even then, locations will have truncated hours, associates handing out masks and reconfigured fitting rooms. Clothes will be steamed after being tried on -- sometimes right outside of the changing area.

When a customer enters a store, a worker might ask her to shop on the right side of the shop and the next on another side, according to incoming CEO Molly Langenstein. For those who want to shop by themselves, they can book appointments outside normal business hours.

Langenstein said she’s spent a lot of time on the phone with officials to make sure the entire operation is done right.

“We learned this: It was much easier to close stores than reopen them,” she said.

To contact the reporters on this story: Kim Bhasin in New York at [email protected];