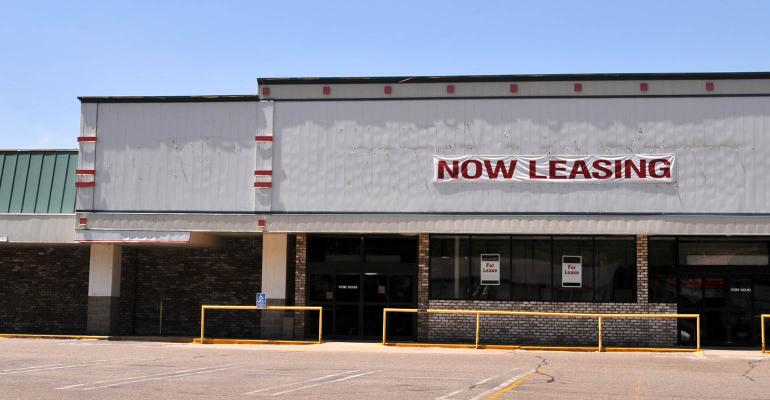 Amazon Isn’t to Blame for Retail Sector’s Troubles. The Shrinking Middle Class Is.

The cause of brick-and-mortar oversupply is more complicated—and less problematic—than you might think.

Despite an economy that has enjoyed almost uninterrupted positive growth since the deep recession of the late 2000s, those who work in and around retail will be quick to tell you that it isn’t all milk and honey for the industry. Turbulence, closures and realignment are the new norm, as the industry explores new concepts and continues to evolve rapidly in response to new challenges and changing circumstances.

There is plenty of discussion and debate about the nature of those challenges. Specifically, there’s a lot of hand-wringing about the impact of online and mobile sales, and a brick-and-mortar landscape that is currently overbuilt by about 20 percent. Conventional wisdom suggests a causal relationship between those two facts, but I think that’s a mistake.

To appreciate why this narrative is flawed, and to understand what I believe the real significant underlying challenge facing retail today is, we first have to take a closer look at how we got here.

The first important point to understand is that while there is excess retail space out there at the moment, that space isn’t evenly distributed across the industry landscape.

Most discussions about the excess square footage in the industry fail to mention that the vast majority of that space is found in struggling malls—a category that represents about 15 percent of the overall retail market. Malls have traditionally been a big part/hub of communities, so when they struggle or go vacant it’s very visible.

On the other hand, we actually need more power centers and grocery-anchored centers to provide the services and the convenient and affordable retail that a growing population demands. It’s less of an oversupply and more of a case where supply and demand are out of whack. One category has too much of a retail type we don’t need, creating an asymmetric or lopsided dynamic where the retail space we have doesn’t match the demand for retail in the marketplace.

The really interesting question is how we got to this point.

Both ends against the middle

There are a lot of very smart and experienced people who talk about “shifting consumer demands” without taking it a step further and exploring how and why those demands are shifting.

One underappreciated point is the disappearance of available discretionary income that is the direct result of a shrinking middle class. The numbers are eye-opening. Between 1945 and 1980, the bottom 90 percent of Americans (by earnings) claimed 70 percent of all declared income on their taxes. Starting in the Reagan era, however, continuing shifts in economic policy created shifts in income distribution as well. By 2015, that same 90 percent of Americans claimed approximately 50 percent of all income. That’s almost a 30 percent reduction in real terms across 90 percent of the population. This 30 percent reduction came mostly from households that would have spent most of their paychecks having a direct impact on retail expenditures. This transfer of income to the top 10 percent of households would increase their available income by over 65 percent, but with very limited positive impact on the sales of (the non-luxury) retailers.

It’s not a coincidence that we saw discount brands like Old Navy, TJ Maxx and Marshall’s arise during this same time period, along with more power centers, outlets centers and warehouse distribution systems like Costco. The problem, however, is that large-scale shifts like this take place over time and aren’t always immediately obvious. From 1980 to 1990, developers were still building, even against a backdrop of declining demand. This false momentum meant that by the time we realized what was happening, the trend was well on its way. Add the typical 10-year leases to the equation and it’s easy to see why malls became overbuilt.

This hollowing out of the middle class has been far more damaging to traditional retail than any disruption from Amazon or other online and mobile retailers. The internet isn’t “killing” traditional retail. It’s clearly had an impact, but the interplay of virtual and analog sales is complicated, and online and mobile concepts and models aren’t always (or really ever) in direct conflict with brick-and-mortar brands. In fact, many former brick-and-mortar-only brands have been helped by online platforms. Not only is a significant percentage of online sales delivered directly from brick-and-mortar locations, but the overlap and interplay across different channels means that how we categorize sales has almost become irrelevant. Brick-and-mortar is getting creative with price-matching and streamlined delivery and pick-up, and more online-only brands (notably Casper, the online mattress retailer, which recently announced that it will be opening 200 brick-and-mortar locations this year) are opening brick-and-mortar locations.

The concept of omni-channel retail has become widely accepted, and more retailers are adopting a “channel-neutral” perspective/approach. The rise of virtual platforms has been disruptive, but not damaging, and is increasingly collaborative, not competitive. Online sales by pure players account for about 4 percent of overall retail sales. The total, including the online sales of brick-and -mortar retailers and mail order sales, is about 12 percent. In the next 10 years this percentage will double and stabilize.

There’s a lot that developers and retailers can do to adapt and evolve to new social and demographic realities. New technologies offer exciting possibilities for continuing to find ways to add more of the three “Es”—ease, efficiency and experience—to brick-and-mortar retail. There’s plenty of room for channel-neutral innovation across the retail spectrum. The bottom line is this: you can’t make the changes you need to make until you understand the reasons for those changes in the first place. The internet isn’t the retail bogeyman—but a shrinking middle class just might be.

Yaromir Steiner is the founder and CEO of Columbus, Ohio-based Steiner + Associates. Over the past 20 years, the company has developed more than 7.4 million sq. ft. of mixed-use space across the country. He is a member of Urban Land Institute, International Council of Shopping Centers and Congress for New Urbanism.