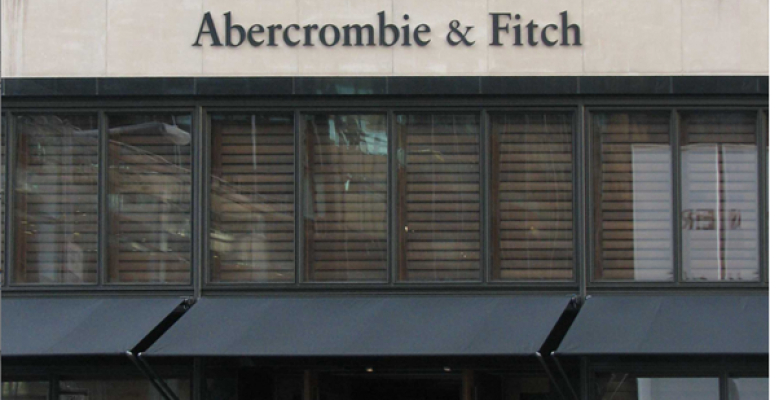 The apparel retailer’s CFO said the chain’s executives were “willing to walk away from any mall at this point.”

(Bloomberg)—Abercrombie & Fitch Co. says it isn’t afraid to leave even the best shopping centers behind as it shrinks its footprint.

“We’re willing to walk away from any mall at this point,” Abercrombie Chief Financial Officer Scott Lipesky said Monday at the ICR Conference in Orlando. “For us, it’s about getting the right store in the right location at the right size.”

The teen retailer, which owns Abercrombie and sister brand Hollister, is looking to make many of its existing shops smaller and cut square-footage as shoppers flock online. As of November, Abercrombie and Hollister had 677 stores across the U.S. Chief Executive Officer Fran Horowitz said Monday that continuing to adjust the stores’ footprint will be her top priority for the company this year.

Abercrombie shares jumped as much as 6.9% in New York Monday, the biggest intraday climb in more than four months. The stock declined 14% last year.

Across the industry, retailers are aggressively paring their store fleets, seeking both fewer and smaller ones. A total of 7,600 stores in the U.S. closed in the first nine or so months of last year, according to a report from Credit Suisse, which predicts closings may worsen in 2020. Abercrombie & Fitch has closed about 500 stores over the past decade.

Every two years, Abercrombie has about half of its leases for the U.S. come up for renewal, Lipesky said. Abercrombie is one of the few retailers willing and able to invest in its shops, as the brands conduct remodels on dozens of locations across its store network, he said. Meanwhile, e-commerce improvements have let the retailer expand online sales to about 30% of its business, making it less reliant on malls.

As it negotiates with shopping center landlords, management is also trying to get rid of the company’s flagship stores, large locations that are typically on tourist shopping streets. Last year, it closed flagships in New York, Milan and Fukuoka, Japan. The company began 2019 with 19 flagships around the world and hopes to reduce that number to just 12 by the end of this year as leases expire.

“The customer has changed so dramatically,” said Lipesky. “We don’t have a need for these large stores long-term.”

To contact the reporter on this story: Kim Bhasin in New York at [email protected].