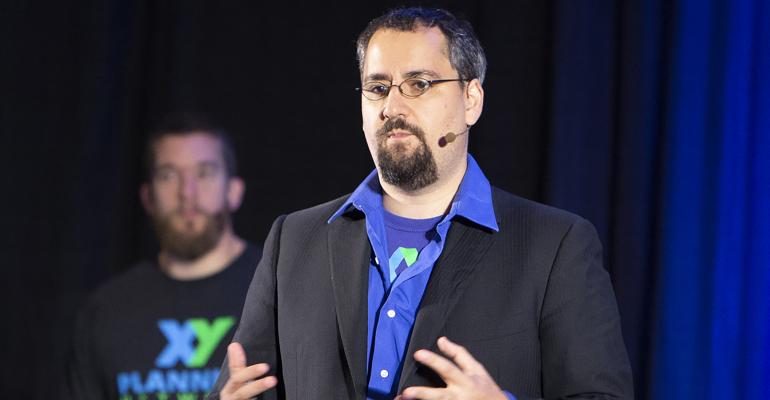 The two petitions ask the commission to revisit a 2007 proposed rule on whether investment advice can be 'solely incidental' for brokers and to consider modernizing an aspect of the Investment Advisers Act of 1940.

XY Planning Network filed a set of petitions with the Securities and Exchange Commission on Monday morning, urging the SEC to consider revising rules to draw a sharper distinction between the roles brokers and investment advisors perform and how they represent themselves to customers.

In one petition, XYPN co-founder Michael Kitces said the organization wanted the commission to revisit a rule arguing that brokers need not be subject to a fiduciary duty provided their investment advice is “solely incidental” to brokerage product sales. According to Kitces, a 2005 SEC rule asserted that financial planning was so comprehensive in its nature that it could not “merely” be incidental. However, Kitces said that the rule was vacated in 2007 with a federal court ruling that didn’t pertain to the financial advice provisions.

“In 2007, the SEC came out with a proposed rule that said, ‘here’s how things will work with the old rule, because of the courts, and regarding financial planning, we’re going to study it and come back to it,’” Kitces said. “That was 14 years ago, and they’ve never taken action on the rule since.”

In addition to revisiting the 2007 discussion, XYPN urged the commission to revisit Section 208(c) of the 1940 Advisers Act, which concerns when someone can market themselves as an "investment counsel" to clients, a term Kitces called th "'40s antecedent to investment advice and management." According to Kitces, the rule meant no one could represent themselves as an investment counselor without principally working as a registered advisor and providing those services. The term may no longer be used, but Kitces argued the business persisted.

But a discussion about whether someone is representing themselves as an “investment counsel” would reintroduce terminology into a debate already suffused with multiple definitions and phrases for what roles are performed by what individuals. To Kitces, there's a difference between regulating the “function” of what a registrant does as opposed to their “form,” or the title they use; Kitces used ERISA legislation as an example of regulating function; if someone meets the criteria, they are an ERISA fiduciary regardless of what they call themselves, Kitces said.

To XYPN, the "investment counsel" section of the Advisers Act regulated both form and function; even if the title remains dormant, the function of providing investment counsel is still subject to regulation. Kitces surmised that the SEC shied away from enforcing the provision over the decades because the title of investment counsel had all but disappeared, but he hoped the commission would offer a "functional definition" of what it means to provide those services.

“One of the reasons Congress worded it this way in the first place, and why ERISA words things the way they do, is titles and words change over time. Functions change far less,” he said. “Function is still relevant, (and) function we can regulate, even if the words have changed.”

Kitces specified that neither of the two petitions urge the commission to enact a uniform fiduciary standard in the industry, which he acknowledges had been a goal of many fiduciary advocates over the past decade. Nor does either of  XYPN’s petitions ask the SEC to consider any changes to Regulation Best Interest; while XYPN had pursued legal action against the SEC’s rule, its legal push fell short in federal appeals court.

To Kitces, the organization’s challenge against Reg BI is over, and the new petitions mark a separate advocacy push. Kitces acknowledges that the arrival of the Biden administration and the nomination of Gary Gensler as SEC chair informed XYPN's proposed revisions, arguing the new chair had a “pro-consumer” reputation. Kitces also points to Gensler’s hiring of investment protection advocate Barbara Roper as a sign the commission intends to delve deeper into the issue.

The SEC did not return a request for comment as of press time.

According to Kitces, XYPN had some informal conversations with the commission near the start of Gensler’s tenure to ascertain how much of a focus advisor regulation would be for the new chair. He said XYPN’s takeaway was that there was a focus within the commission of “making the best of what they’ve got” with Reg BI and enforcing it as reasonably and stringently as they could.

“I would characterize our approach to go a little bit further than just enforcing Regulation Best Interest,” Kitces said. “There’s nothing wrong with Reg BI as it applies to brokers, but it still does not fundamentally address the issue of when someone stops being a broker subject to Reg BI, and begins to become a registered advisor subject to a fiduciary duty."