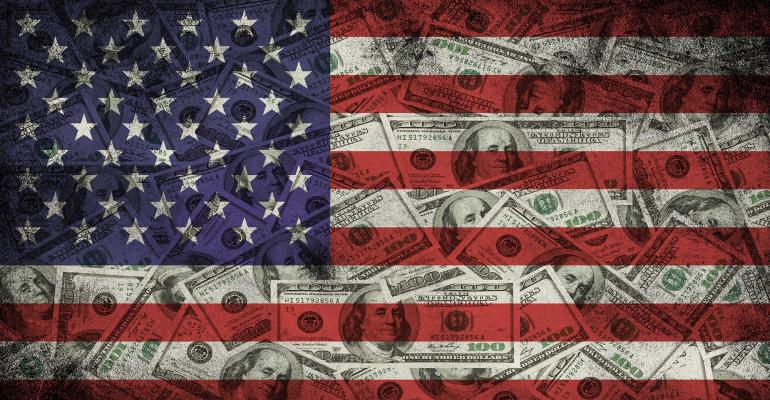 Both Crestone Asset Management and IPG Investment Advisors cited the economic impact of COVID-19's spread, and disclosed the loans in newly updated Forms ADV submitted to the SEC.

Crestone Asset Management, a Colorado-based firm with about $2.9 billion in assets under management, received a Paycheck Protection Program (PPP) loan for $1,002,567 from the U.S. Treasury’s Small Business Administration for COVID-19 relief, according to the firm’s newly updated Form ADV.

Additionally, IPG Investment Advisors, a firm with about $2 billion in AUM based out of San Diego, also applied for and received a PPP loan of $443,100, according to its own Form ADV, which was submitted to the SEC this month.

Crestone Asset Management cited “economic uncertainties” as the reasoning behind applying for the PPP loan in its Form ADV, writing that the firm used the funds to continue payroll for staff and for other “permissible payments.” In the updated Form ADV, Crestone also noted that the PPP loan is forgivable depending on the way the firm meets the terms of the program (loans can be forgivable if the firm uses 75% of the loan on payroll expenses and retains employee head count through the end of June).

IPG Investment Advisors received its own loan on April 20, 2020, according to its updated Form ADV. According to the updated document, the firm sought a PPP loan to “counter the economic impact” of the pandemic but did not believe that the firm would have difficulty in repaying the loan if it was not used in ways that were not forgivable. The firm intended to pay the salaries of firm employees “who are primarily responsible for performing advisory functions for clients,” according to the form.

The PPP was passed in late March as a part of the CARES Act to assist businesses with keeping employees on payroll as the economic impact of the COVID-19 crisis became more pronounced. RIAs have assisted clients in the application process, but some have also sought loans for their own businesses, at times encountering hardships with the application process along the way. To date, the federal government’s allocated nearly $700 billion in funding for the program.

Late last month, the SEC’s Division of Investment Management released guidance indicating that if a firm is experiencing conditions that are “reasonably likely to impair its ability to meet contractual commitments to its clients,” it might have to disclose that it received a PPP loan under Item 18 on its Form ADV.

Some, including Dan Bernstein, the chief regulatory counsel at MarketCounsel, expressed some worry that such a disclosure could be detrimental for RIAs, particularly if clients have a negative view of firms that decide to take PPP loans. Bernstein also told WealthManagement.com that SEC-regulated financial advisors may be at a further disadvantage since the commission is advising them to disclose whether they received a PPP loan, while FINRA has not asked that of the broker/dealers it regulates.

“Firms may say ‘we needed to take money from the government because of the uncertainty,’ and the client will look at a broker/dealer’s Form CRS, and it’s not going to say that,” Bernstein said. “And maybe in the back of their head, they’re going to say, ‘I’m going with the one that seems more solvent.’”