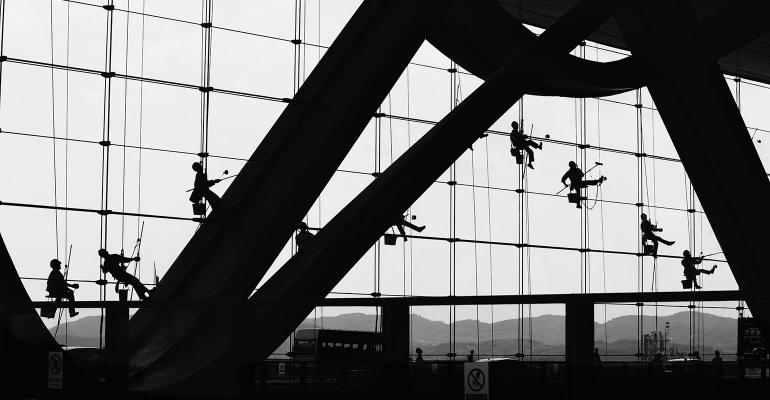 A new report by the arbitration attorneys’ group points to continued abuses of FINRA’s expungement process; the group calls for an independent investigation into the latest issues.

Some people still believe it’s far too easy for brokers to wipe their records clean, particularly where customer dispute information is concerned. The Public Investors Advocate Bar Association Foundation recently analyzed 1,078 FINRA arbitration cases from 2015 to 2018 where brokers sought to erase investor complaints and found significant abuses of the system still exist, despite previous studies and calls to change the process in the past.

“Our review shows that the expungement process is being systematically gamed, exploited and abused by brokers and their brokerage firms,” said Jason Doss, PIABA Foundation president, report co-author and an attorney in Atlanta.

FINRA has said expungement is an extraordinary remedy, only to be used by arbitrators who find a claim is factually impossible or erroneous, the broker was not involved in the alleged violation and the claim, allegation or information is false.

PIABA’s report found that over 98% of the time, the brokerage firm did not oppose the broker’s expungement request, and from 2015 to 2018, arbitrators granted these requests over 80% of the time.

The report highlights another significant issue with the system—the rise of “$1 Expungement Cases,” where brokers demand a nominal amount in damages to reduce the number of arbitrators reviewing the case from three to one. The number of cases with nominal damages requested in the broker’s claim increased from six in 2015 to 456 in 2018. Last year, 84% of all expungement-only cases included a request for nominal damages. Brokers typically withdraw these requests at the expungement hearing. 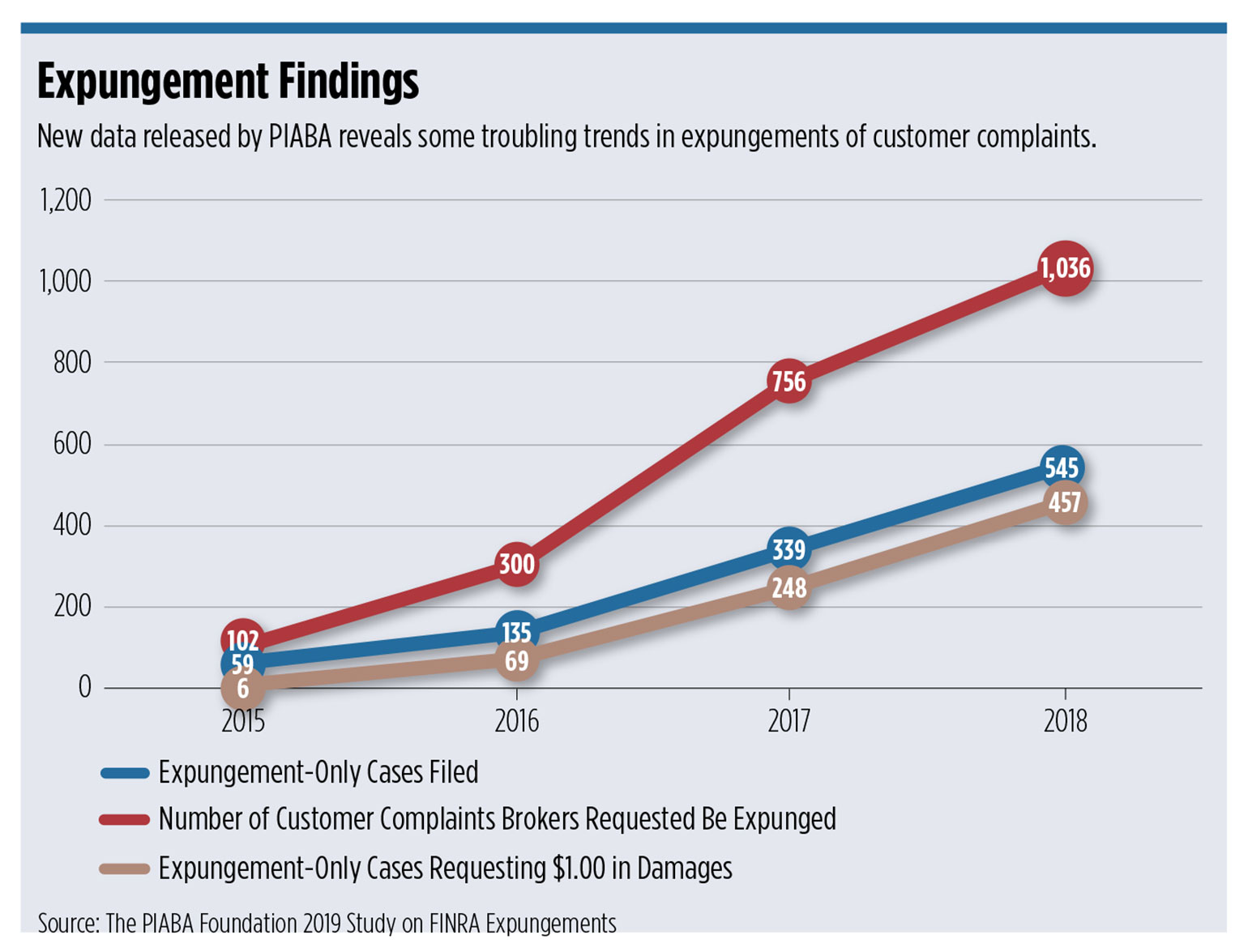 With such a small amount of damages being sought, it gets classified as a “simplified case” under FINRA rules. The forum fees that FINRA collects in these cases are greatly reduced; PIABA estimates it has lost over $6 million in revenue as a result.

The PIABA Foundation is calling on FINRA to stay all expungement-only cases, immediately ban $1 expungement cases and conduct an independent investigation into the expungement process. BrokerCheck should include a prominent warning that it does not include all customer complaint information, the report suggests. The group also recommends FINRA establish an investor protection advocate position, who would participate in all expungement proceedings and have the same rights as a party.

"We believe it is important to ensure that there is an appropriate process for investors to access information that is relevant to them about their financial advisers' prior experience, while also providing financial professionals the opportunity to address incorrect or inaccurate information," said a FINRA spokeswoman, in a statement. "In its December 2018 and September 2019 Board meetings, FINRA’s Board approved rule filings aimed at improving the expungement process including a proposal to create a special roster of arbitrators with heightened qualifications and training to hear certain expungement requests. We will next file the rule proposals with the SEC."

FINRA also set up an arbitration task force, which first convened in 2014, to independently recommend enhancements to the fairness and efficiency of the arbitration forum. The task force issued a report in 2015, with suggested changes to the arbitration process.