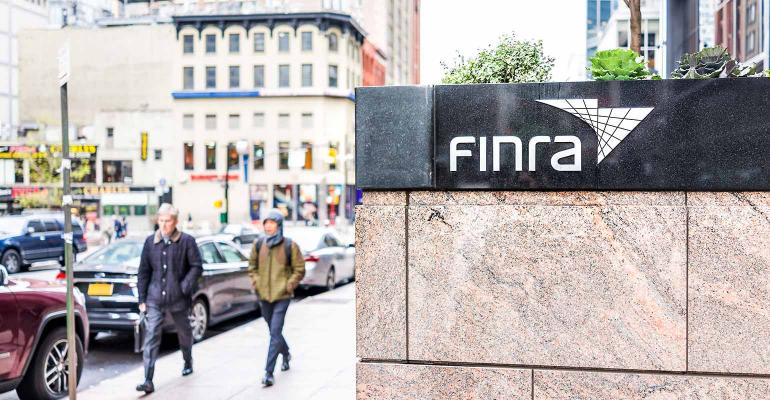 The proposed rule would make remote examinations of the residential offices a permanent part of FINRA's process, but PIABA President Hugh Berkson warns it would allow reps to skirt oversight.

The Financial Industry Regulatory Authority’s proposed changes to rules around the supervision of remote workers is “fundamentally flawed” and hurts the regulator's ability to protect investors, according to a letter from the Public Investors Advocate Bar Association.

PIABA, the trade association of attorneys representing clients in securities disputes, submitted a letter from President Hugh Berkson in response to a request for comments from the Securities and Exchange Commission, which oversees FINRA.

The proposed change would allow a home office to be considered a “residential supervisory location,” which would, in essence, make permanent the remote examinations of the offices that began during the COVID-19 pandemic.

But according to Berkson, making remote inspections a permanent part of the regulator's examination process would open the door to enforcement lapses.

“While it is understood that FINRA is attempting to change with the increased use of virtual technology, it leaves considerable opportunity for advisors working from home to skirt the rules,” Berkson wrote.

During the COVID-19 pandemic, FINRA regulators were forced to adjust to a largely remote-work environment, like many of the firms they regulate. By February 2021, many firms, including Charles Schwab, Wells Fargo and other large players in the brokerage space, were calling for FINRA to make remote inspections a permanent part of the regulator's process.

This summer, FINRA filed proposed changes to Rule 3110 with the SEC, which would align its classification of offices of supervisory jurisdiction to include private residencies as a “non-branch location,” according to an alert from the law firm Bressler, Amery & Ross, with the agency believing the “blended workforce” including time split between home and office would remain past the pandemic’s end.

In the past week, in addition to PIABA, the North American Securities Administrators Association, the Financial Services Institute and the law firm Eversheds Sutherland have weighed in on the potential change.

FINRA's proposal includes stipulations that would exclude a home from being considered a non-branch location, including requirements that only one person would conduct business there, that it would not be an office for the public nor a space for client meetings, that no client funds or securities would be handled there, and that the rep would still be assigned to a branch office with electronic communications handled through the firm’s data systems and books and records were kept as required.

According to PIABA’s letter, FINRA inspectors would likely conduct inspections of home offices once every three years, compared with annual visits for traditional branch offices. Berkson stressed that some lapses are more easily spotted through an in-person audit as opposed to virtual oversight, including seeing the rep’s home, car and other assets.

“All too often these people working out of their houses aren’t following the rules and the only way to see that is to be there in person, is to see the house, see the office, see the paperwork strewn about,” Berkson said. “Checking random emails often misses those key emails where they’re selling away, because they’re careful to not use the offices that would trigger a review, and they’re not in the office, so who knows what they’re doing?”

But the FSI, a brokerage industry trade group, said its members had already operated in a “decentralized structure” prior to the pandemic, and were well positioned to adapt to the new rule changes. In a letter to the SEC, FSI Executive Vice President and General Counsel David Bellaire said the organization agreed with FINRA that a “decentralized, flexible, hybrid work model will likely endure” past the pandemic.

“We believe the proposed rule contains meaningful guardrails on how it will be applied and is targeted to address low-risk activities by Supervisors who are using secure networks and frequently all electronic processes to complete their work while operating in what is now a commonplace hybrid environment,” he wrote.