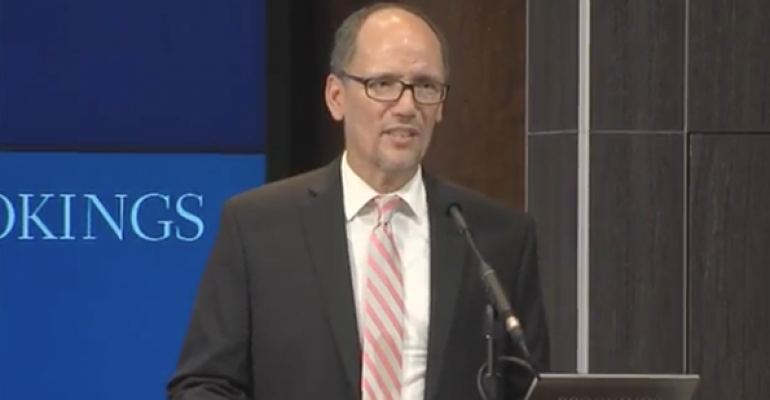 The finalized fiduciary rule will serve as a catalyst for innovation in the retirement advice industry, Labor Secretary Thomas Perez said on Friday.

“Smart leaders will and can adapt to changing market conditions,” Perez said. "The fact is a substantial segment of the market has already found a way to abide by a best interest standard."

Industry groups have long argued the proposal could limit the public’s access to quality financial advice, contending that the rule would make it too costly to serve smaller clients.

But Perez pointed to companies like Wealthfront, Personal Capital and Garrett Planning Network as examples of firms that are already acting in their clients’ best interests and still turning a profit. In fact, in discussions Perez has had with these companies, they’ve regularly said, “give small savers my number.”

He added that the protections the Labor Department's proposal affords would encourage small savers to invest.

The Labor Secretary also said he visited regulators in the United Kingdom after a ban on commissions on financial advice went into effect. Perez found more investors have entered the markets since the regulations were put into place than the number exiting, contrary to arguments cited by the financial services industry.

"Banning commissions was a bridge too far [for the U.S. market]," Perez said.