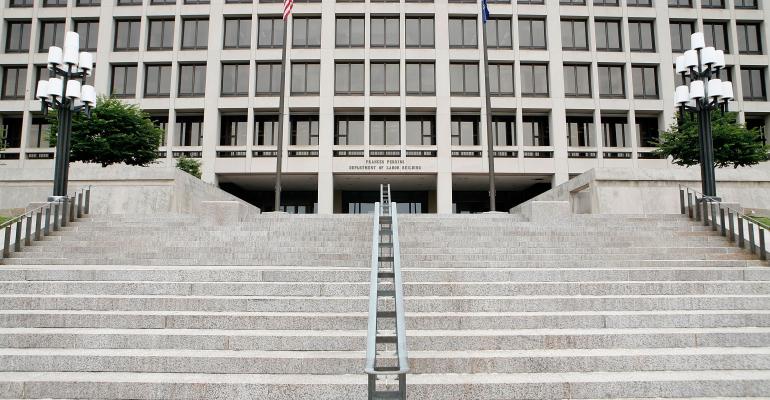 Advisors should expect the Labor Department to issue its finalized fiduciary rule in the first quarter of 2016 without too many substantial changes.

During a fi360 webinar on Thursday, CEO Blaine Aikin and senior policy analyst Duane Thompson predicted the Labor Department will likely issue a final fiduciary rule that keeps the core framework largely intact, including all exemptions.

The educational carve‐out may become slightly more flexible to ensure that firms can provide clients with information and resources without falling under a "fiduciary" role, they said.

The “Best Interest Contract Exemption,” perhaps the most controversial aspect of the proposed rule, will remain in place, Thompson said, but the Labor Department may make modifications to ensure that it’s a more practical solution. The graphic below shows which investment options are permitted in IRAs under the current proposal. 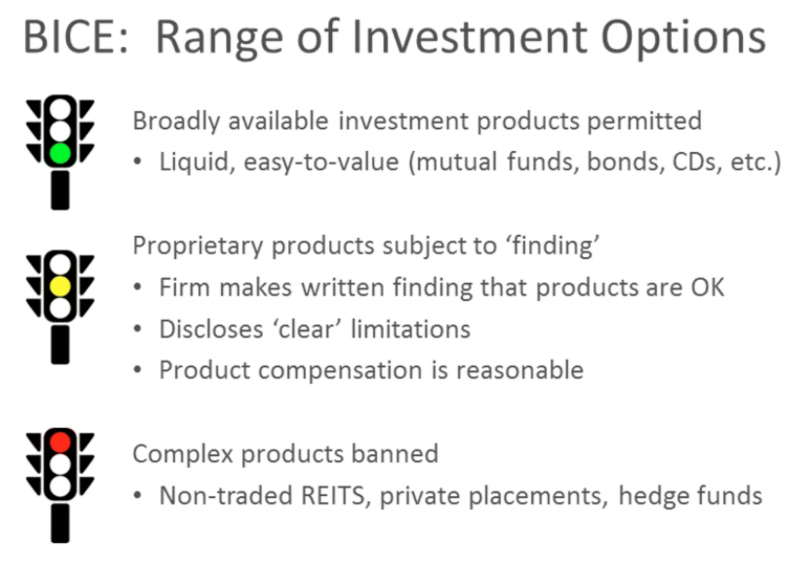 Aikin and Thompson also mapped out a timeline of the Labor Department’s next steps, predicting the agency will adopt a finalized rule during the first three months of 2016. If that occurs, the rule could be implemented by the end of that year.

But Thompson expects the industry to challenge the rule, with at least one lawsuit likely to be filed in the D.C. Court of Appeals. At least one insurance company has retained the counsel of Gibson, Dunn & Crutcher Partner Eugene Scalia (the son of current Supreme Court justice Antonin Scalia), a signal they're prepping for a legal fight. 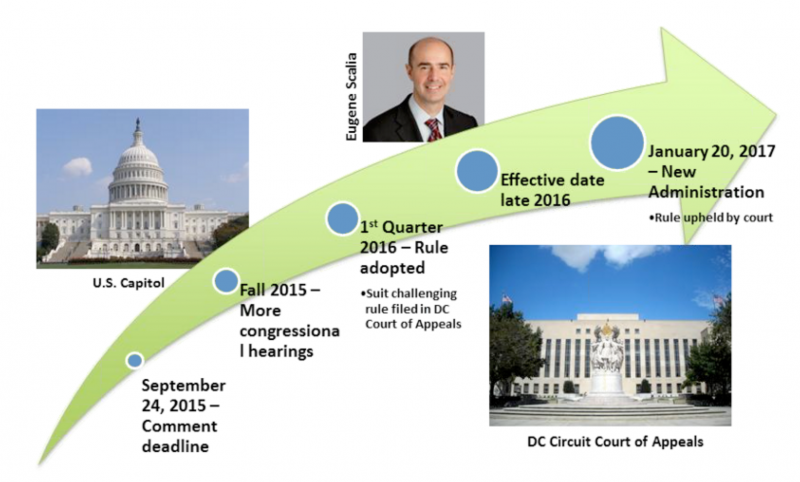 Thompson and Aikin also addressed ongoing speculation that the Labor Department’s rule could affect registered investment advisors’ ability to handle rollovers. Drinker Biddle & Reath Partner and ERISA expert Fred Reish recently said rollovers could be considered a "prohibited transaction" if an RIA collects higher fees on money in an IRA than in a 401(k).

Thompson said that will likely change in the finalized rule, but investment advisors should be aware it is a possibility.