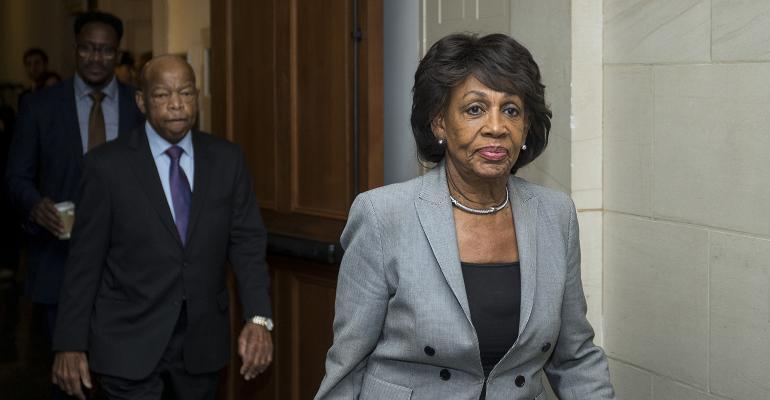 Maxine Waters to Wells Fargo: Get Rid of Tim Sloan

The Wells Fargo CEO shouldn't be getting a bonus; he should be removed from his post, said Congresswoman Maxine Waters, chairwoman of the House Committee on Financial Services.

“Given Wells Fargo’s continuing failures, it is outrageous and wholly inappropriate that the bank has rewarded Mr. Sloan with a $2 million bonus for 2018, a year in which federal regulators and authorities capped the bank’s growth and fined the bank more than $3 billion for offenses such as improperly charging customers auto insurance and mortgage fees,” Waters said.

Just this week, the committee grilled Sloan over the bank’s scandals, with Waters calling it a “recidivist financial institution that creates widespread harm with a broad range of offenses.”

Sloan was asked few direct questions about the wealth management business of the bank. Lawmakers instead focused on the consumer scandals of the past few years. He was, however, questioned by two separate committee members on whether he considers himself a fiduciary to the bank's clients.

In her statement released Thursday, Waters called for Sloan to be removed from his position as chief executive.

“Earlier this week, news reports indicated that the Office of the Comptroller of the Currency (OCC) was considering removing executives and directors at Wells Fargo,” she said. “At the conclusion of Mr. Sloan’s disappointing testimony before the Financial Services Committee, I said that the OCC should consider removing him as president and CEO. It was very clear from Mr. Sloan’s testimony that Wells Fargo has failed to clean up its act. Remarkably, following his testimony, the OCC publicly rebuked Wells Fargo, citing the bank’s ‘inability to execute effective corporate governance.’”