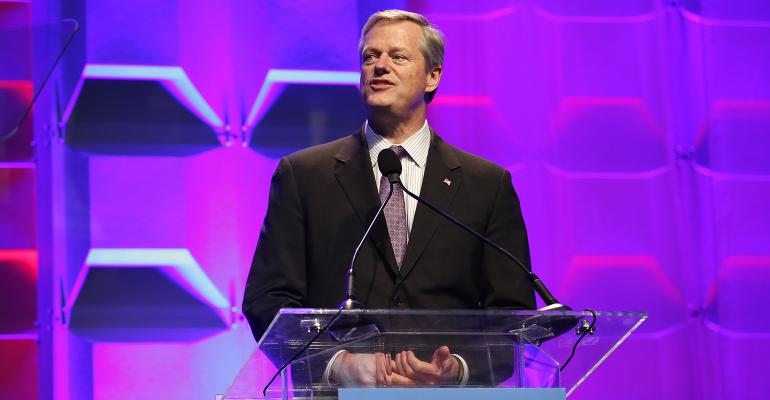 Massachusetts Gov. Charlie Baker said he was “concerned” Secretary of the Commonwealth William Galvin’s proposed fiduciary rule could create confusion for investors and advisors in the Bay State, according to a comment letter sent to the secretary.

Galvin held a public comment hearing for testimony on Tuesday about the merits of the proposed standard, which would mandate a fiduciary duty for all broker/dealers and advisors in the state. Galvin, a Democrat who has held the role of commonwealth secretary since 1995, originally proposed the rule last June, weeks after the Securities and Exchange Commission passed its Regulation Best Interest rule. Galvin signed off on the draft rule last month.

“We are proposing this standard, because the SEC has failed to provide investors with the protections they need against conflicts of interest in the financial industry, with its recent ‘Regulation Best Interest’ rule,” Galvin said in June of last year. “My office has seen firsthand the serious financial harm that investors and savers have suffered as a result of conflicted financial advice.”

Baker’s letter was one of many submitted before the end of the public comment period. In the letter, the Republican governor echoed concerns of many industry opponents of the rule that the regulation as drafted could reduce the kinds of investment products available for clients and disrupt the broker/dealer business model, raising costs and reducing options for Massachusetts investors.

While he wrote that his administration supported “sound regulation,” he asked that the secretary defer on moving forward until the National Association of Insurance Commissioners completes amending its model regulation for states to adhere to the SEC’s Best Interest standard (a committee within the NAIC passed a draft amendment last week, and it could be voted on by the NAIC as soon as next month).

“We recognize the challenge in this area of balancing consistent oversight for investors while also allowing for choice,” Baker wrote. “In short, we fear the draft regulation may create more confusion rather than more clarity in the industry and for investors.”

A spokesperson with Secretary Galvin’s office said that they would not be commenting on any specific comment letter, but that all letters received are being read and would be taken into consideration.