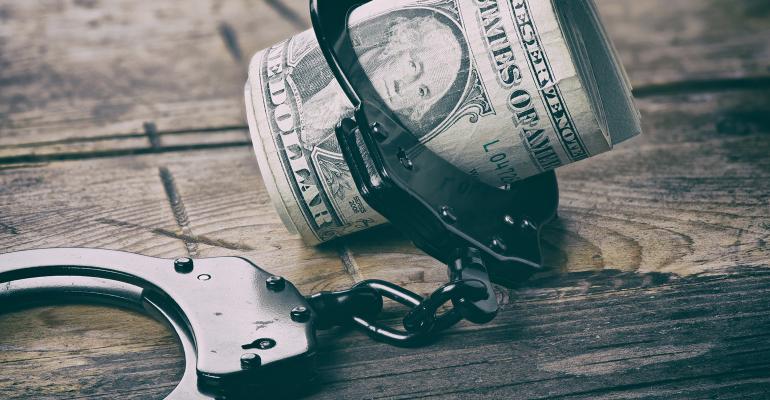 Frederick M. Stow pleaded guilty last year for stealing more than $930,000 in funds from two unnamed elderly investors, according to the Department of Justice.

A former broker for Raymond James will serve five years in prison for stealing more than $930,000 from a pair of elderly investors, the Department of Justice announced Friday.

Frederick M. Stow is a Tennessee-based broker with decades of experience in the industry, including multiyear stints at Suntrust Investment Services and Wells Fargo Advisors. He joined Raymond James in 2013, according to his BrokerCheck profile. One of the unnamed victims in Stow’s scheme was a retired airline pilot and World War II veteran, and Stow first began working with him in 1982, according to an SEC complaint filed last year.

Stow worked as this client’s registered representative on three brokerage accounts, including an IRA, a family trust account and a living trust account. Though Stow changed firms numerous times, the elderly client, who is referred to in the SEC complaint as “Customer A,” opted to keep his business with the broker.

“Over time, Stow inserted himself into the personal and financial affairs of Customer A,” the complaint read. “In the later years of Customer A’s life, he frequently visited Customer A at his home, where he lived alone but received full-time nursing care.”

But in October 2015, Stow began taking funds from the client’s IRA account by forging wire transfer letters of authorization enabling him to make transfers from the IRA into a bank account Stow co-owned with his wife, totaling 74 separate transfers. The letters falsely said the receiving account was the client’s, though the account number matched Stow’s account. Stow also began selling securities in the investor’s IRA account and keeping the money made.

After the client died on March 28, 2018, his estate’s executor told Raymond James and asked for account information; the firm froze the client’s account. In total, Stow had taken about $911,500 from the elderly veteran. According to the DOJ, witnesses testified that the investor believed his poor investment performance was only because of the stock market.

The veteran was not Stow’s only victim; a little over a year after that client passed away, Stow stole $32,000 from a separate, unnamed elderly client, transferring funds from her brokerage account into one of his accounts.