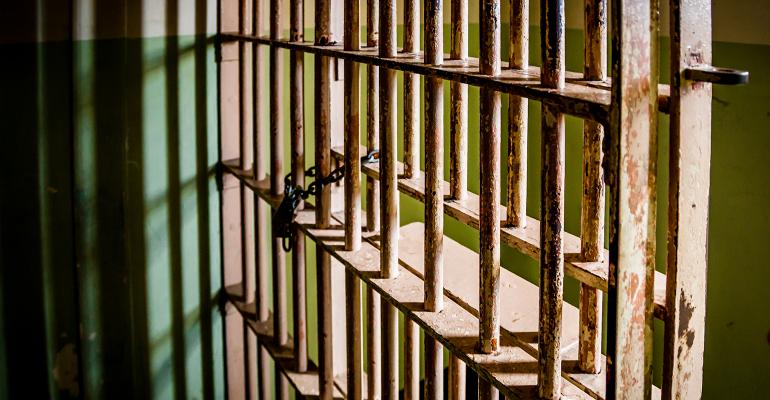 Isaiah Goodman pleaded guilty to mail fraud in federal court, with the Department of Justice arguing he defrauded at least 23 clients out of millions.

A former Minnesota financial advisor was sentenced to seven years in prison after pleading guilty in federal court to defrauding at least 23 clients out of more than $2.3 million, according to the Department of Justice.

Isaiah Leslie Goodman of Maple Grove, Minn., was charged with mail fraud in February, with the Securities and Exchange Commission filing charges simultaneously. Goodman was an RIA and broker who owned and operated the firms Becoming Financial Group and Becoming Financial Services, as well as MoneyVerbs, which was pitched to customers as offering financial assistance through an internet-based app.

Goodman assured potential and existing clients he’d offer financial planning and investment advice, and would place investors’ funds into individual retirement accounts and 401(k) retirement savings plans, according to the original DOJ indictment. Clients thought their funds would be placed in accounts that were “safe, secure and profitable.” But starting in 2017 through November of last year, he began defrauding clients, according to the indictment against him.

“In fraudulently receiving these funds, Goodman lied to prospective and existing clients about his use of their money, the security and profitability of the financial accounts he claimed to administer on his clients’ behalf, the status of the funds they provided to Goodman, and the historical investment and trading performance of his clients’ funds,” the indictment read.

To keep the scheme going, Goodman would offer clients false information at in-person pitches or in emails or phone calls, including phony investment proposals and account information that Goodman concocted. He also told clients that their funds could be returned when they wanted. But Goodman often would keep all the money clients gave him, would return clients’ funds late or incompletely, or would even pay them using money from other investors.

According to the indictment, Goodman spent clients’ money on two purchases of property in Minnesota (along with remodeling expenses), a 2019 Ford Expedition and 2020 Ford Explorer. He also put $700,000 of the funds into MoneyVerbs and used additional money for a hot tub, cruise, fitness club memberships, jewelry and credit card payments.

Goodman's attorney, Joseph Dixon, did not return a request for comment, but said in February that his client had reported himself to the DOJ and takes “full responsibility” for his actions.

According to the SEC action against him, some clients became suspicious of Goodman and wanted a return on their investments, with one client wanting to be transferred to another advisor in September 2020. Goodman allegedly delayed that transfer by saying there’d been exposure of COVID-19 at his office. But eventually the client threatened to report the advisor to the Minnesota attorney general, and he returned about $16,000 to the unnamed client. But by November, Goodman agreed to the Minnesota Department of Commerce suspending his firm’s registration.

In addition to the prison sentence, Goodman faces three years of supervised release afterward, and will forfeit his equity in real estate, as well as a vehicle and assorted other personal property, according to the DOJ. Goodman was also barred from the industry by the SEC in March, according to his BrokerCheck profile.