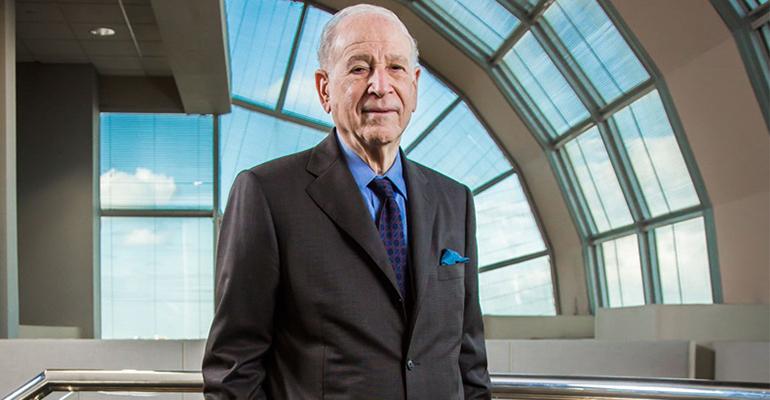 Biotech billionaire Dr. Phillip Frost claims the merger disregards obligations owed to him as a shareholder of certain notes.

A Securities and Exchange Commission filing reported Frost, through a trust company he controls, filed the complaint on Dec. 20, claiming that the merger agreement "disregards obligations owed to them as holders of certain notes issued by the company."

Frost and his trust sold the majority of his stake in Ladenburg Thalmann a year ago for some $130 million, including $51 million in cash and $76 million in notes issued to Frost and the trusts paying 7.25% annual interest and due in 2028. As part of that transaction, Frost relinquished his stock options in the company. It's not clear from the filing how the proposed merger changes the financial arrangement with Frost.

Frost seeks monetary damages, to revoke the transaction with the company and an injunction against the merger.

“We believe that Dr. Frost’s claims are without merit and we intend to defend them vigorously. Because this is an ongoing legal matter, we will not be commenting further at this time," said a spokesman for Ladenburg.

Frost stepped down from position as chairman of Ladenburg, one of the largest independent broker/dealer networks, in September 2018, after he was charged by the SEC in two of three pump-and-dump schemes that fleeced investors out of over $27 million, allegations said. He settled those charges without admitting or denying the allegations, paying $5.5 million in penalties.

Ladenburg President and CEO Richard Lampen replaced him as chairman, while Chief Operating Officer Adam Malamed joined the board at the time. Frost owned a reported 35% of the company when he stepped down.

In November of last year, Advisor Group penned the deal to acquire Ladenburg Thalmann and its five broker/dealers through a cash merger, creating a b/d network with 11,500 advisors and over $450 billion in assets.

In mid-December some shareholders of Ladenburg filed two individual lawsuits and one class action suit to block the acquisition, or force the firm to disclose certain financial projections left out of the proxy statement filed on Dec. 6, claiming the acquisition price undervalues Ladenburg Thalmann. Since then, there have been other suits filed. Shareholder Richard Liebman filed another individual complaint against the firm, and shareholder Morris Akerman filed a second proposed class action.

Frost became non-executive chairman of the board at Ladenburg Thalmann in 2006, and with his financial backing helped the firm acquire five broker/dealers: Securities America, Triad Advisors, Investacorp, Securities Service Network and KMS Financial Services. Under his board leadership, the firm became one of the most aggressive acquirers in the independent space.