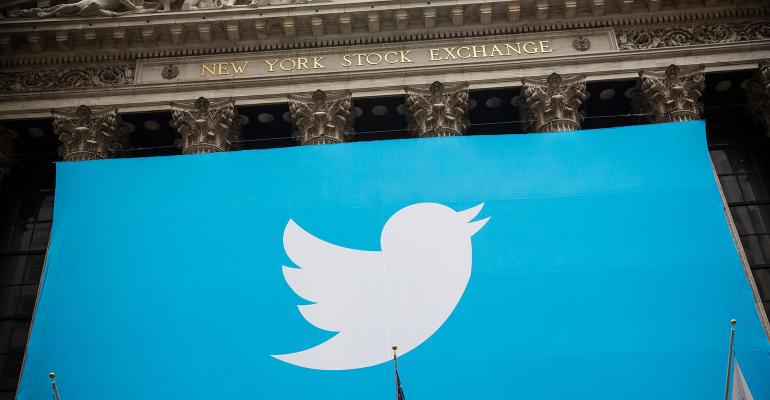 The Justice Department said Steven Gallagher made over $1 million by bringing 'old-school boiler room tactics to the Twitter age.'

An Ohio-based trader perpetrated a pump-and-dump scheme by encouraging followers of his popular Twitter handle to purchase stocks he was selling, according to the Department of Justice.

Both the DOJ and the Securities and Exchange Commission filed charges in Manhattan’s federal court this week alleging that Steven Gallagher acquired a number of holdings in penny stocks over a number of years and boosted the value by promoting them to Twitter followers of his alias “Alex DeLarge” account, while selling them for a profit.

Gallagher was arrested in Ohio on Tuesday, according to the Justice Department, and is facing charges of securities fraud, wire fraud and market manipulation; each count carries a potential maximum sentence of 20 years or more in prison. In its own emergency action, the SEC obtained an asset freeze and injunction.

“As alleged, Steven Gallagher brought old-school boiler room tactics to the Twitter age, and operated a social media pump-and-dump scam that defrauded ordinary investors, all so that he could make over $1 million in profits,” U.S. Attorney Damian Williams said about the DOJ charges.

According to the Justice Department, DeLarge’s Twitter account had more than 70,000 followers as of last week (the account has since been deleted). The DOJ said Gallagher was a day trader for over-the-counter (OTC) securities, which are often penny stocks and tend not to trade on centralized exchanges. He created the Twitter account in September 2019, taking the name of a character from A Clockwork Orange.

At numerous points since 2020, Gallagher pushed retail investors via Twitter to purchase numerous securities after secretly acquiring a large volume of shares in the securities he intended to recommend (often totaling in the millions, according to the SEC). The SEC detailed one such instance in which Gallagher allegedly decided to pump and dump shares in “All For One Media” (AFOC) Corporation.

“Gallagher bought 20 million shares of AFOM on November 30 (2020) and tweeted a flashing red Alert when the market opened on the morning of December 1, 2020,” the complaint read. The alert had a flashing red graphic ‘ALERT!!!! ALEXANDER DELARGE’ and stated: ‘challenge alert!! $afom this runs like no other!! Load and hold this is a swing multiple lennies fast!! Buy $afom 500% runner today.’”

According to the SEC, the same morning he posted the alert, Gallagher sold 13 million AFOM shares with a profit of $42,000.

The DOJ argued that Gallagher artificially pumped other securities, and would mislead investors by claiming he was buying shares of a certain stock when in reality he’d already acquired a substantial amount of the stock and was looking to offload it. Once Gallagher’s Twitter followers began buying the stock, the price rose in response, enabling Gallagher to sell the shares he already held for a profit.

The SEC sought emergency relief by claiming Gallagher’s fraud scheme was “ongoing,” even after he’d been cautioned by his unnamed brokerage firm that he appeared to be violating securities law. According to the commission, the brokerage firm told Gallagher in September that it would close his trading account on Oct. 9 and stop him from making new purchases or opening new accounts. When that broker shut down his account, Gallagher responded by opening a new account at a separate broker on the same day, according to the SEC.

The commission obtained a freeze on his assets, totaling as much as $6.9 million, and the DOJ and SEC both encouraged potential victims of the scheme to reach out via email at [email protected] and [email protected], respectively.

Stock trader arrested and charged with securities fraud for using his twitter account to operate a pump-and-dump scheme https://t.co/AIxWzMjheH
If you believe you are a victim, or if you have information relevant to this investigation, please email [email protected]