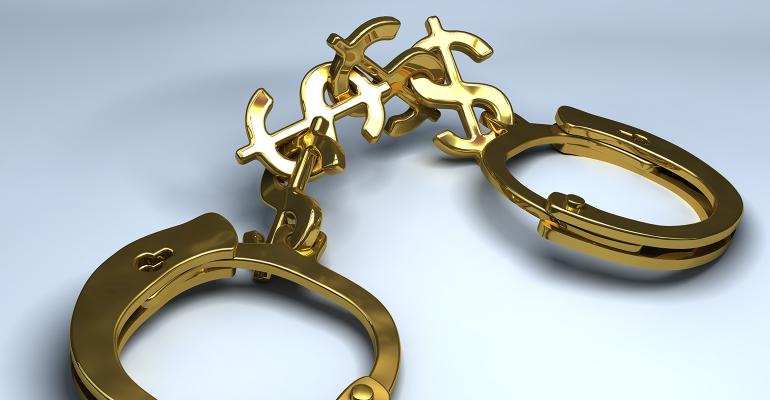 According to charges filed by the Justice Department and the SEC, New Jersey–based b/d and investment advisor Kenneth Welsh used clients’ funds to buy gold coins and precious metals.

A New Jersey–based broker and investment advisor, formerly with Wells Fargo, stole nearly $3 million from five clients, according to new charges filed this week by the Department of Justice.

The Securities and Exchange Commission also charged Kenneth Welsh of Fairfield, N.J., with fraud. Welsh was arrested at his home on Thursday and was charged by the DOJ with four counts of wire fraud and one count of investment advisor fraud.

According to the SEC’s complaint, Walsh misappropriated about $2.86 million from clients (including several senior citizens) to buy gold coins, other precious metals and fund additional expenses. Though the financial institution Welsh worked for isn’t named in the complaints, Welsh first joined Wells Fargo in 2012 after an eight-year stint with Morgan Stanley but was fired in June of this year because of the allegations he misappropriated funds, according to the Financial Industry Regulatory Authority’s BrokerCheck database.

“At Wells Fargo we hold our employees to the highest ethical standards,” a Wells Fargo spokesperson said about the charges against Welsh. “We notified regulators of this matter, the financial advisor was terminated, and we are working directly with clients to reimburse them.”

According to the SEC, starting in at least January 2016, Welsh would use fraudulent Automated Clearing House transactions to transfer funds from clients’ accounts into credit card accounts held in the name of Welsh’s wife and parents. None of the clients in question authorized any of these transactions, the SEC stated. For example, in June 2018, Welsh transferred about $45,202 from an advisory account held by an 88-year-old investor into a credit card account held in the name of Welsh’s mother.

In total, Welsh made at least 123 of these kinds of fraudulent transactions between 2016 and January of this year. In some cases, Welsh used checks drawn on client accounts to pay for gold coins. In at least seven instances, Welsh paid these checks toward an unnamed coin and stamp dealer based in New Jersey to buy gold coins and other precious metals, according to the SEC. According to the DOJ, Welsh also used some of the clients’ funds for gambling and other luxury items.

Throughout the fraud, Welsh violated Wells Fargo policies mandating that clients authorize a check drawn from their accounts in writing. In some cases, Welsh had his clients sign blank check authorization forms he’d fill in later, or would give them a completed form while misleading them about how he’d use the check. In some cases, Welsh altered the payee name on an authorization form and filled in the name of the unnamed coin dealer, according to the commission.