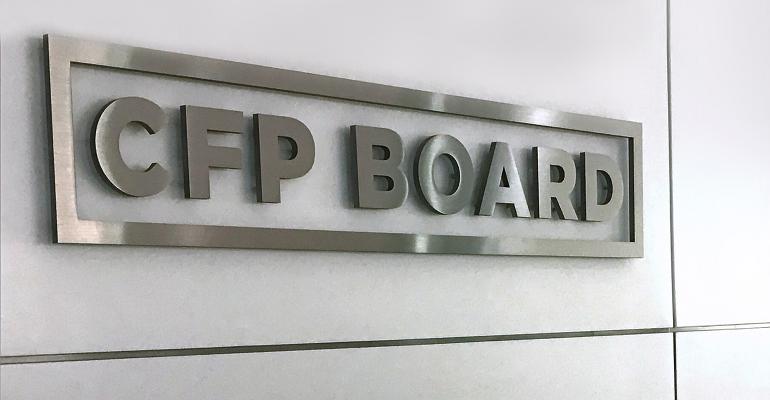 The CFP Board Center for Financial Planning will concentrate on pro bono and research work, while the CFP Board of Standards will focus on certifying advisors.

The CFP Board is splitting into two organizations, with executives saying the move gives the board a freer hand in touting the industry’s benefits to new and aspirant financial planners.

While the CFP Board was founded as a 501(c)(3) nonprofit organization according to IRS rules, the new structure will bifurcate the Board’s current duties. The organization will keep its 501(c)(3) status while also creating a separate 501(c)(6), another designation with different tax implications.

According to CEO Kevin Keller and new Board Chair Daniel Moisand, the 501(c)(3), which will be named the CFP Board Center for Financial Planning, will continue its focus on research, boosting industry diversity and the board’s scholarship and pro bono work, while the new 501(c)(6), named the CFP Board of Standards, will credential advisors with the CFP certification.

To Moisand, the 501(c)(3) status limited the CFP Board’s ability to focus on some positive points of a financial planning career, particularly in marketing materials. While the Board could previously speak about the profession’s benefits for the public, it couldn’t make its case based on benefits for advisors, including work/life balance, flexibility and salary in some cases.

“We couldn't even run an ad saying ‘you can better your career,’” Moisand said.

Moisand said splitting the organization created “additional opportunities for lobbying." As an example, he pointed to Colorado, where the state’s Securities Division recently released a planning guide that may add additional regulatory burdens on subscription fee-based planners.

In this situation, the CFP Board could only advocate from the perspective of benefits to the public, but according to Keller, under the new arrangement, the Board would be able to lobby directly for advisors.

Keller also suggested that the CFP Board could join the Financial Services Institute in discussions about the Department of Labor’s independent contractor rule.

“It’s the kind of issue we wouldn’t even think about in the past,” Keller said.

Board executives first began mulling the change in December 2021, before filing paperwork to establish the new organization this week. Changes for potential and current designees will be minimal, with standards and fees for certification staying the same.

Keller said there’ll be some internal reshuffling within the organization, but both entities will share the same board.

The change will also help the Board better make its case to colleges and universities to add educational options that would prepare students to sit for the CFP exam. Under the 501(c)(3) rules, the organization couldn’t tout the six-figure salaries an alumnus could be making several years after graduation.

“Money influences those organizations a bit,” Moisand said. “And one of the aspects of that is getting your students good jobs.”

The Board is sending notice to all CFP advisors Wednesday morning with details on the change, and will hold a webinar for them on Feb. 7. Keller said the move would help the Board reach his goal of 150,000 certified advisors by 2030 (there are currently about 95,000), as well as boost the workforce in the industry as a whole.