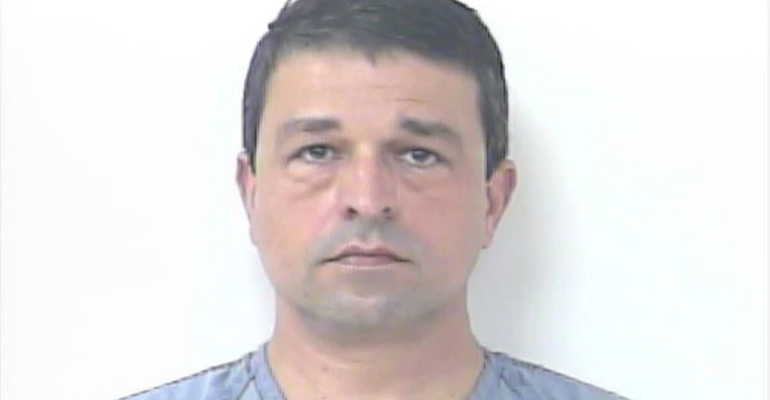 Daryl Bank was convicted for his role in a scheme that defrauded more than $25 million from over 300 victims, many of whom were elderly, according to the DOJ.

A former investment advisor was sentenced to 35 years in prison for his role in a scheme that defrauded more than $25 million from more than 300 primarily elderly victims, according to the Department of Justice.

Daryl Bank was convicted earlier this year on 27 separate counts and was sentenced for conspiracy, mail and wire fraud, selling unregistered securities and money laundering, according to the DOJ. Bank’s sentencing comes a week after his attorney, Billy Seabolt, was sentenced to 10 years in prison for his own role in the scheme. Raj Parekh, the acting U.S. Attorney for Virginia’s Eastern District, said the significant sentences would “send a strong message” to perpetrators of similar crimes.

“Driven by their voracious greed, the defendants preyed on the elderly and exploited the trust of vulnerable victims by robbing them of their hard-earned retirement funds and lifelong savings meant for their families,” Parekh said. “The financial harm that they caused to each victim is heartbreaking, and the emotional harm they inflicted is incalculable.”

Bank lived in Port St. Lucie, Fla., and was a registered securities broker with stints at UBS Financial Services, BI Investments and Capitol Securities Management, according to his BrokerCheck profile (Bank also wrote a book called Successonomics and was the host of “Getting Your Financial House in Order,” a nationally syndicated radio show, according to reporting from The Virginian-Pilot). The Financial Industry Regulation Agency barred Bank from the industry in 2010 for allegedly misappropriating about $161,000 in commissions and other payments from his member firm and for, allegedly, providing false testimony to FINRA.

Despite being barred, Bank created an investment company based in Virginia Beach, Va. called Dominion Private Client Group, and continued to solicit investors by recommending unregistered securities, both on his own and in partnerships with sales agents across the country. Seabolt’s practice was primarily elder and trust law, and he served as the firm’s legal counsel, according to the DOJ. The Justice Department cited corporate executive Raeann Gibson and salesman Roger Hudspeth as co-conspirators in the scheme, along with Bank and Seabolt.

Through Dominion, Bank and his co-conspirators preyed on hundreds of investors, with the Justice Department framing the investment opportunities as “illiquid, highly speculative investment vehicles.” Numerous victims, including many who were at or near retirement age, cashed out their 401(k) or other retirements to fund their investments in Bank’s recommendations. According to the DOJ, Bank would “immediately” transfer as much as 70% of clients' funds into companies he controlled after receiving the investments, and he would use the funds on personal expenses, including paying for luxury and designer goods.