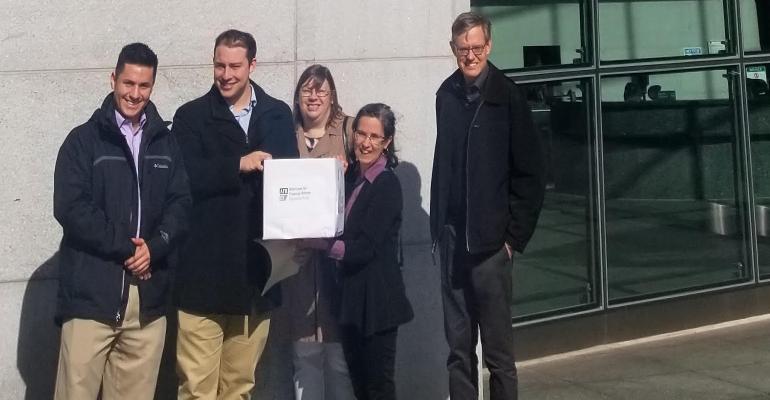 Advocates like As You Sow, Green America and Americans for Financial Reform gathered more than 18,000 signatures in opposition to an SEC proposal that would make it harder for owners to put petitions on corporate proxies.

A proposed SEC rule would limit the influence shareholders have on the corporations they own, according to advocates who delivered more than 18,000 signatures opposing the change to the commission's headquarters in Washington, D.C., today.

According to Andrew Behar, CEO at As You Sow, a nonprofit advocacy group representing shareholders, the SEC has “inverted its mandate” to protect equity owners in favor of shielding corporate boards and managing executives from addressing owners' concerns around issues like climate change and corporate governance.

“This proposal flies in the face of the SEC’s mandate of ensuring transparency, open discussion, and company responsiveness to shareholder concerns; it has the potential to increase shareholder and company risk, particularly regarding growing climate concerns,” he said. “We don’t believe that it will withstand public or legal scrutiny.”

The petition was delivered by representatives for As You Sow, Green America and Americans for Financial Reform and criticized SEC commissioners for a November 3-2 vote in favor of amending Rule 14a-8, which enabled investors, including small investors, to introduce proposals that could be included on a company’s proxy document, needed to garner shareholder support. These critics argue that such shareholder proposals are ways equity owners can hold boards accountable around the owners' concerns, including encouraging companies to respond to climate and human rights issues, as well as addressing good governance.

Advocates for corporate boards say the proposals, usually from smaller shareholders, are nuisances that take time and resources, and do not reflect the sentiment of larger groups of owners.

Advocates for the current rule dispute that. “While some companies claim that the current shareholder resolution process is onerous to them, the average company in the Russell 3000 receives only one shareholder proposal every seven years,” he said. “The benefits of hearing from investors on key issues should be a priority of corporate management.”

The petition detailed several changes that could inhibit shareholder power, including changing the current requirement that shareholders must have held at least $2,000 worth of a company’s securities for one year in order to submit a proposal.

If the proposed rule goes into effect, shareholders would have to hold at least $2,000 worth of equity in the company for three years, or $25,000 for one year, to submit proposals. The proposed changes also demand that shareholders who have submitted proposals be available to speak with management, even if they’ve hired a "proxy advisor"—several groups that coordinate efforts by shareholders to advocate for specific issues—to speak on their behalf.

The SEC is proposing to raise these barriers to 5%, 10% and 25%, respectively. Critics argue that means shareholder proposals would be outlawed if they don't immediately grab widespread endorsement, as few proposals do.

“The current levels of support are working well, and allow new, cutting-edge issues to garner support over time,” the petition read. The new thresholds "will prevent important resolutions from being re-filed and will not help companies improve.”