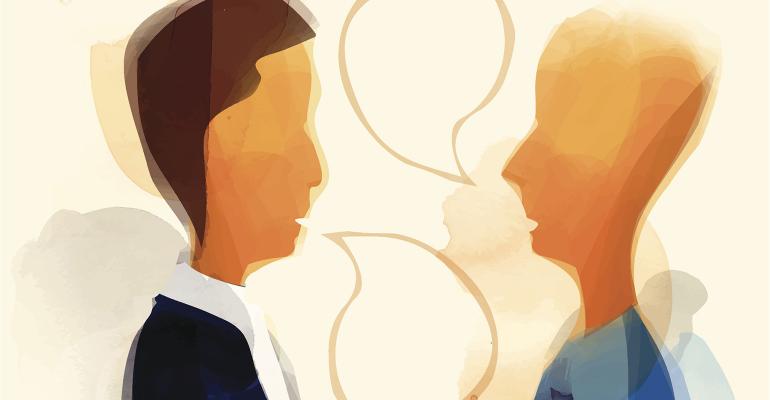 Some advisors report that few clients have asked any questions resulting from the new disclosure document, leading them to wonder if they are reading it at all. 'I think people might just be a little bit numb to the amount of disclosures.'

By now, several weeks past the end of July, every client of a registered firm has received the new Form CRS, mandated as part of the Regulation Best Interest rule by the Securities and Exchange Commission.

The form ostensibly offers clients a short, accessible summary of an advisor’s services, conflicts and other relevant information, along with a series of question prompts designed to help clients clarify the fees and services they received from their advisor.

But so far, the conversations those forms were meant to promote seem to be virtually nonexistent, according to numerous advisors.

Irvine’s firm sent out about 274 distinctive mailings of the Form CRS to clients in early June. While the SEC required that firms submit the form to them by June 30 (the same day Regulation Best Interest began implementation), firms had an additional month to deliver it to all existing clients.

New clients must also receive the form at the outset of an advisory relationship, and firms have to update their summary within 30 days of any information in it becoming “materially inaccurate.” They have a further 30 days after that to communicate those changes to clients, including through an updated CRS.

In the months before the Reg BI/Form CRS deadline, firms struggled with the brevity of the form mandated by the SEC, as well as the requirement to relay complex information in "plain English" for the layman investor.

But now firms are not witnessing much response to the new disclosure document altogether.

Jennifer Szaro, the chief compliance officer at XML Financial Group, said that her firm had sent its Form CRS to about 3,000 retail clients. Out of the 3,000, she said advisors fielded only two questions about fees, and five or six more about what the form was, but not about the content.

Szaro also said she’d conducted an informal poll of a handful of other RIAs and broker/dealers, with an estimated 21,100 forms sent, both by mail and electronically. According to Szaro, those firms in total had heard only 66 questions related to substantive issues in the form, like fees or monitoring of business conflicts, about a .3% rate.

The SEC’s Form CRS instructions asked firms to include a number of “conversation starter” questions for retail investors, including: “How will you choose investments to recommend to me” and “Given my financial situation, should I choose an investment advisory service? Why or why not?”

According to Szaro, none of the firms she informally polled had received a single query based off of these prompts.

Wendy Lanton, the chief compliance officer with Lantern Investments in Melville, N.Y., also hadn’t heard of any clients using the conversation starters to ask questions of advisors (in addition to the Form CRSs sent through their custodian, Lantern herself mailed hundreds of forms to clients).

“Customers get stuff in the mail all the time, they open it up and throw it in the garbage,” she said. “I think that might change as new accounts open and people question new relationships, but I think with the timing with the pandemic, it’s been unusual.”

In addition to the pandemic, there may be a variety of reasons clients, both new and existing, have not followed the mandated prompts embedded in the form. Szaro’s firm sent its form with an accompanying cover letter describing its purpose, leaving her to wonder if that made it clear enough to clients that following up wasn’t necessary. Irvine questioned whether most of the concerns the Form CRS raised were already answered during the firm’s standard advisor/client communications.

“I think with the conversation starter questions being asked, I’d like to believe we do a good enough job addressing that stuff already,” she said. “To explain our normal onboarding process, we’ll actually have the client come in, we list out what the services are, what they’re going to be charged (and give) a summary of the conversation.”

Clients’ awareness of regulatory changes can sometimes lag for years, according to Sarah Hamilton, a partner and wealth advisor with Hamilton Walker Advisors in San Francisco.

She pointed to the concept of an advisor’s fiduciary responsibility, and how it had taken 10 to 15 years to be really understood by clients. Hamilton said it may take time for Form CRS to become vital for clients.

“It’s hard for a lot of advisors to prioritize, and that may contribute to the lag,” she said.

Clients receive multiple forms from multiple sources, and that contributes to the ease with which they are disregarded, according to Nadine Marine Burns, the president and CEO of the Ann Arbor, Mich.-based firm A New Path Financial.

Szaro said she understood the intention behind the form but questioned what it’s ultimate value would be if clients were not reading it and using it to generate questions with advisors.

“Every investment advisor and broker/dealer has had to expend a lot of resources that’s not providing value to the client,” she said. “I think people might just be a little bit numb to the amount of disclosures.”