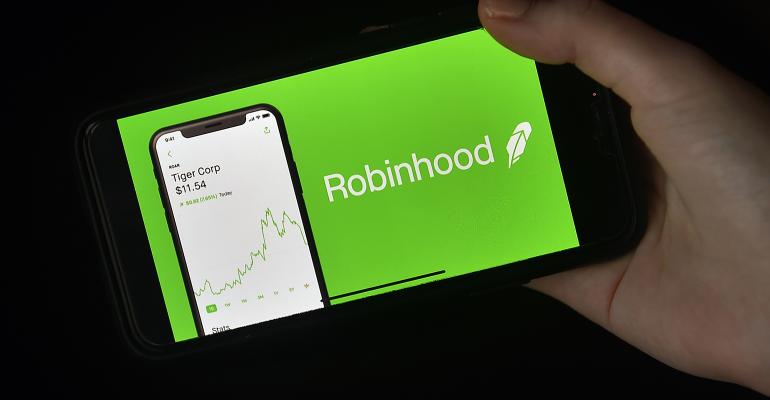 In light of the Financial Industry Regulatory Agency levying the highest penalty in its history against Robinhood Financial, some advisors worry the slap will do little to curb the firm’s alleged misdeeds, while others stress there are takeaways from the settlement for advisors when considering what they should (and shouldn’t) do in their own practices.

On Wednesday, a day before Robinhood filed its S-1 registration statement ahead of its IPO, FINRA announced the settlement and ordered Robinhood to pay $70 million for “systemic supervisory failures and significant harm” to millions of its customers. The settlement action alleged numerous deficiencies, including that Robinhood communicated false or misleading information about clients’ accounts and the risk of loss they faced in certain options transactions, failed to supervise the technology it used to provide “core broker/dealer services” and lacked an appropriate business continuity plan to weather the app’s outages in early March 2020.

The agency also argued the firm did not perform due diligence when it relied on algorithms to approve customers for specific options trading with limited human oversight. These “bots” often used “inconsistent or illogical information” when approving trades, meaning customers were approved for trades who should not have been eligible, according to the agency.

To Brian Hamburger, the president of MarketCounsel, this alleged violation was a reminder that automation in the space can be viewed with excitement but should be tempered with caution.

“There’s no problem in using automation, but you can’t rely on automation in and of itself,” he said. “You have to test the automation and really have a handle on the logic of that automation before just letting it run. And when it does run, you need periodic testing to make sure it’s accurate.”

While there’s been debate on the benefits of Robinhood’s retail trading versus the assistance of financial advisors, Hamburger believed that automation still has a place in investment advice, analysis and firm operations. Advisors should not shun automation altogether, but he worried that letting technology replace the functions of human interaction enters “dangerous territory.”

“You have to make sure the logic that the bot is using is the same logic a trained human will apply if they had the opportunity. We’re not there yet,” he said. “We will be there at some point in our lifetime, but we’re not there yet. Until then, the automation has to be looked at as a tool to enhance, not a replacement.”

Though many expected some semblance of regulatory action against Robinhood, Max Schatzow, an attorney with Stark & Stark’s Investment Management and Securities Group, said some aspects of the settlement were surprising. He pointed out that FINRA’s letter suggested Robinhood lacked any process to receive and report customer complaints, as is required by the agency, which meant approximately 10,000 complaints allegedly went unreported.

“I think everyone was expecting a fine of some sort,” he said. “This is obviously the largest one to date by FINRA and usually bigger matters like this are addressed by the SEC.”

Schatzow doubted FINRA’s fine would be the last regulatory action the retail trading firm faced, noting its Financial and Operational Combined Uniform Single (FOCUS) Report filed with the commission suggested there are other ongoing investigations, including by the SEC, the Justice Department and Congress.

The fine (and the potential for more regulatory developments) comes in the midst of a tumultuous period for Robinhood; this week, the firm disclosed it had settled a wrongful death lawsuit filed by the family of a 20-year-old day trader who committed suicide after he mistakenly thought he had a negative account owing more than $700,000. The firm also filed an S-1 with the SEC earlier this week ahead of an initial public offering (IPO).

Despite the fact that it was the largest fine in FINRA’s history, Jeff Levine, the chief planning officer at Buckingham Strategic Wealth, questioned whether it would prevent future lapses.

“I don’t necessarily know that this is stopping another firm in the exact same position from doing exactly what they did, because they have grown dramatically. They’re still going to be widely popular,” he said. “This is ultimately the cost of doing business; if you don’t make that cost of doing business high enough, people will just continue to do it.”

Levine also stressed that smaller advisory firms would not be in the same position if they faced regulatory actions for similar conduct, as they don’t have the benefit of millions of dollars for marketing. He drew a comparison to Wells Fargo, which concocted an extensive ad campaign to burnish its image after a run of scandals.

“They spent a lot of money trying to revamp their image; most smaller advisory firms don’t have those resources. They get bad press, and they get brought through the mud, that could be it,” he said. “That could be devastating, and that could be a career-ending situation in some instances if it’s that significant.”

To Hamburger, another takeaway for advisors was to consider the “breakneck” growth at Robinhood in light of their own, often fast-growing, businesses to make sure their supervisory and compliance programs are solid.

“I think there’s a lot of advisors out there who are encountering unprecedented growth,” he said. “For them to be able to maintain control during that growth is absolutely critical."