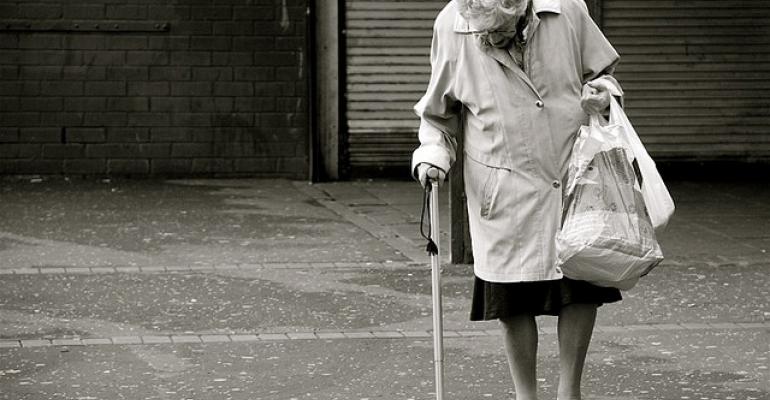 For some advisors, being on the right side of the law only goes so far. In recent arbitration cases between Raymond James advisors and elderly clients, the investors' sympathetic situation won out against unpredictable arbitration panels.

Sometimes an advisor can do everything right and still leave themselves open to liability. “Even though you’re right, do the right things, these cases are out there,” said Henry Stiles, associate corporate counsel for Raymond James, during the firm's national conference in Washington, D.C. “This is an example of worst cast scenario."

But before advisors worry too much, Stiles noted that the industry wins arbitrations about 60 percent of the time.

For one advisor, the trouble started in 2012, when a 62-year-old widow moved her assets over to a Raymond James advisor (names and details have been withheld to protect anonymity). A medium income/medium growth client, the widow had a 10-year deferred annuity that started paying out in 10 years.

A year and a half after the switch, the widow started to experience major health issues and needed cash to pay off medical bills. Her advisor recommended converting the deferred annuity into a single premium immediate annuity, fully explaining that while the monthly payouts would be less than if she had waited, the switch would provide immediate relief. And it does; the widow is able to pay her bills.

But six months later, she contacted her advisor saying she wanted the original payout. She contended she was confused and didn’t understand the consequences of the conversion, eventually filing a complaint seeking $50,000.

This should’ve been an open-and-shut case, Stiles said, especially since the advisor had emails and other documentation regarding all of the conversations around the annuity conversion and what that involved.

The advisor adamantly wanted to fight the suit, but as the arbitration hearing approached, the widow and her attorney threatened to add more claims and up the damages requested. And sometimes being a sympathetic little old woman is more convincing than the facts to an arbitration panel. “This was the most sympathetic claimant; it tugs at your heart strings. It’s hard going in front of arbitration panel and they have to look at her and say you’re not getting anything,” Stiles said.

So in the end, the advisor didn’t chance it. He settled with his former client for $25,000, which was covered by errors and omissions (E&O) insurance (which carried a $5,000 deductible).

But his outcome was better than another Raymond James advisor who did go to arbitration with his former 78-year-old client. The arbitration panel in that case awarded $20,000 to the elderly widow who filed what Stiles called a frivolous lawsuit claiming her advisor recommended unsuitable investments.

Stiles says the advisor, who started in 2010, had been working with the widow (and her husband before he passed away) for 20 years. Throughout the relationship, the advisor kept the same strategy in place, a high concentration of individual stocks, which he fully documented and explained to the widow, Stiles said. But when her son experienced some financial difficulty, she made withdrawals to support him. To compensate, the advisor suggested she was going to have to be aggressive. In the end, Stiles says the withdrawals caused her to lose most of her retirement account.

“The branch did everything right,” Stiles said. “The branch had lots of account documentation, but it was more about the sympathetic client in the room.” He said advisors need to keep that in mind when they have an elderly client, FINRA has said advisors can’t allow clients to commit financial suicide. But at the same time, advisors can’t refuse client instructions.

“Document why it’s not right for them,” Stiles said. And then that’s the time to move those cases along so they’re no longer your client.