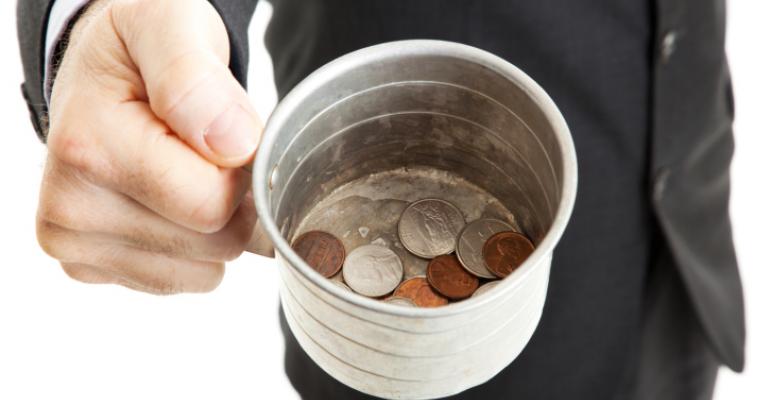 What Branch Managers Want Most for the Holidays

An informal survey of branch office managers across advisory channels finds one consistency in their wishes for a new year—Fair compensation.

Any forward-looking year-end wish list is usually a diverse lot of aspirations and hopes. But an informal survey of several branch office managers this year turned up just one: “I think no matter whom you ask, every manager’s main wish would be for more equitable compensation,” said a BOM for an east coast office of 30 advisors.

“Firms are continuing to chip away at our compensation and they’re hiding behind Dodd-Frank to do it,” the office manager, who asked to remain anonymous, explained. “We’re getting 10% to 20% pay cuts. They’re vesting us down and deferring our pay, knowing that we’ll never get it.  And they’ve essentially negated our long-term stock options.  The performance metrics are too high and bountiful to meet.  And even if, God forbid, you do, you’re not going to wind up with all that much money.”

“The firms will tell you managerial compensation remains virtually unchanged,” added a Merrill Lynch BOM in Florida. “But it’s all semantics.  What’s actually happening is that one or two managers may get a slight increase in compensation, while and the rest of us see ours getting slashed.”

Rick Peterson, head of recruiting firm Rick Peterson and Associates, said the responses were pretty accurate reflections on the job of wirehouse BOMs today. “The goals firms set for their managers to attain in order to get bonuses were always very high,” he says.  “But, they were attainable.  I don’t necessarily think that’s the case anymore.   If a manger actually hits the goals his firm has structured for him today, it’s probably just a function of sheer luck.  And this is having a terrible effect on branch managers’ morale.”

Fifteen years ago branch managers at any of the wirehouses could count on some 4% of their branch’s gross revenue as their income—including bonuses and salary, said a legacy wirehouse manager in the Southwest.  “About eight years ago, it dropped to between 2% and 3%. Today, it’s often less than 1%.”

“The firms are tossing us by the wayside,” he continued. “Yet, with the huge retention deals they’ve been doling out to brokers, they still come out smelling like a rose.  They believe we’ll probably stay put, because there’s nowhere else for us to go.  And unfortunately, for the most part, that’s true.”

Petersen agrees the job is getting tougher, but suggests the industry is seeing compensation levels returning to normal. “I believe branch office manager is one of the most difficult jobs out there today in any industry,” he says. “Nevertheless, before the economic collapse of 2008, these folks were generally overpaid—though they themselves probably didn’t see it that way.”

“Some branch managers are now underpaid for sure,” he continues.  “But, I think more are paid at least adequately. As firms cut their excesses of the past, people who were once overpaid are likely to now feel underpaid by comparison.”

Of course, some managers disagree. “I love it when James Gorman says compensation in this industry is still way out of line (on the high end) with the rest of the world,” quips a legacy MSSB BoM in the south. “But, I don’t think he feels it applies to him.  And, as managers, we’re constantly being berated about keeping expenses and risks under control.  Then, we’ll turn around and see that this firm or that is being fined hundreds of millions of dollars.  It makes absolutely no sense.”

“There’s some ironic truth in that,” says Barbara Herman, senior vice president of Chester, NJ-based Diamond Consultants, of the manager’s statement. Nevertheless, she say, it’s not likely to change any time soon. “We’re simply facing a whole new economic reality. Jobs and pay in the financial services industry have been cut dramatically across the board,” she says.

SOME RAYS OF HOPE

Peterson feels that asking non-producing managers to build a book again in this economy makes very little sense.  “They have all the stress and responsibility of managing a branch, like recruiting and retaining reps, and on top of that they’re supposed to find new clients?  It probably makes more sense to go back into production full time,” he says.

However, managers who have maintained their books all along are at a definite advantage, says Herman. "There’s always a place for producing branch managers, because they pay for themselves.  If a producing manager ever thinks about giving up his/her book, I’d say, ‘Please call me so I can talk you out of it!’”

“I think the desire among advisors for good, solid, on-site supervision may be underestimated by the industry at large,” Herman says. “The advisors I speak to all seem to want direct access to a manager—especially when they need advice or help in getting something done.  Many of them love to bring their managers along when they meet with certain clients or prospects.  It can help solidify the relationship tremendously.  It’s important to note that traditional branch office managers have not outlived their usefulness.”

“The big firms seem to think that their centralized supervisory systems— managed by people who are paid $30,000 a year—can do as good a job at managing as we can,” adds another BOM who asked to remain anonymous. “Well, you can’t imagine the egregious errors and misjudgments we see these folks making on a daily basis.  Most of them don’t know what they’re doing, and that’s frightening.”

“An advisor I spoke with recently said his branch had become part of a complex, and he really hates it,” Herman says. “He says it makes him and his colleagues feel like they are less valued by their firm because now, they only have remote access to so many things.  Even as we see more reps moving toward the independent space, they, too, seem to want situations where there is on-site supervision.

“Today’s reality is that firms are constantly merging, and the industry is getting smaller,” she continues. “As the industry tries to determine what the next generation of advisors should be, it should be doing the same for branch office mangers. This deserves just as much time and attention, because it’s enormously important.”

”2013 will probably be a big year for brokers to move, because retention deals are either expiring or being significantly reduced,” adds Peterson.  The biggest challenge for BOM's next year, he said, will be to successfully recruit new reps, while keeping their existing people aboard and happy. “This is going to be a huge challenge—and I think their compensation and job security will be very much influenced by their success or failure at it."