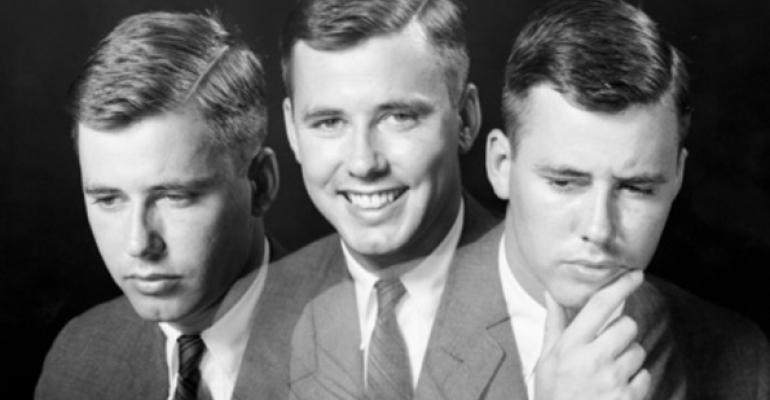 When it comes to successfully dealing with clients—or anyone, really—you need to know the type of person they are. Just ask Judith McGee.

Back in 2002, McGee, an advisor in Portland, Ore, was working with a retiree who had been a client for a decade. He was an analytical person prone to delve into details and numbers, and he came to meetings with research and investment ideas that sometimes deviated from the usual plan. In normal times that was fine—McGee would hear him out. But in the middle of a market meltdown she was stressed out and focused more on risk management and capital preservation than indulging the client’s latest investment thesis. So in that meeting, instead of taking the time to listen to the client’s ideas, she plowed ahead with what she deemed the best course of action.

That client eventually left McGee and pointed to that meeting as one of the reasons. “This is a very analytical person who had been doing a lot of research and wanted his work to be heard,” says McGee, whose practice has  $404 million in assets. “I didn’t give it the importance I should have.”

Prospects, clients, employees, even you—everyone has his or her own particular personality style. That style can dictate how people communicate, make decisions or process information. Understand what makes them tick and you can build strong relationships quickly. Take your eye off the ball, and you risk losing the client.

The secret is learning how to discern prospects’ and clients’ “tells”, according to Ben Sorensen, vice president of coaching firm Optimum Associates, and the co-author of Customer Tells: Delivering World-Class Customer Service by Reading Your Customer's Signs and Signals (Kaplan Publishing). Take a tip from poker players who pick up signs and signals from their opponents—how long they look at a new hand (a longer glance means they’ve been dealt a bad set of cards)—to figure out a person’s needs.  Then you can adapt your style to accommodate.  “It’s a way to minimize the opportunity for failure and maximize the opportunity for success,” says Sorensen.  “You can make people feel comfortable with you and build trust quickly.”

Doing so effectively requires some work however. You need to learn how to recognize someone else’s style and pinpoint your own, until those steps seem like second nature. “You have to make it a part of how you do business,” says Eileen Carpenter, a performance consultant with Raymond James Financial. “Unless you’re always at it you forget.”

In Sorensen’s approach, there are four personality styles—analysts, directors, friends, and extrovert. Each has its own tell-tale signs, along with a preferred mode of communication (See sidebar).

People with certain styles have a particularly difficult time relating to their arch-opposites. For example, analysts are logical, deliberative, and detail-oriented. As a result, they don’t react well to people who may seem too emotional or sloppy.

That’s why it’s important to figure out what category you fall into, so you understand how radically you’ll have to adapt your style. You can do that by taking an in-depth assessment. Or you can try evaluating a few particularly important attributes, for example, how quickly you tend to make decisions and the amount of information you need before considering different options. Sorensen points to an advisor who was disappointed when a new physician in town bought the practice of a long-time client, only to find he wouldn’t return phone calls after their first meeting. Turned out, the advisor, an extrovert, had taken the wrong tack by trying to schmooze the doctor, an analyst, instead of speaking logically and carefully.

Eventually, the advisor was able to meet with the physician again. This time, he made sure to come armed with market research about physicians’ practices in the area and other facts and figures.  It took a couple of months but he eventually landed him as a client, says Sorensen.

Sorensen’s approach isn’t the only way to figure out what makes your clients and prospects tick.  For example, the Kolbe assessment looks at individuals  according to four instinctive traits used for problem-solving and taking action. Fact Finder, for example, measures how people gather and share information, while Quick Start looks at the way individuals deal with risk and uncertainty.

Jessica Maldonado, an advisor with Searcy Financial Services in Overland Park, Ks, started using an assessment called the Culture Index as part of her hiring process. She realized she could ask new clients to take it; the assessment rates people on how strongly they exhibit traits like extroversion or risk avoidance.  Now she matches clients up with advisors based on the results. If there’s no available match, she’ll brief the advisors on the individual’s profile and the steps they’ll need to take. “You have to meet the clients where they’re at,” she says.  “If you don’t, that’s the last conversation with them you’re going to have.”