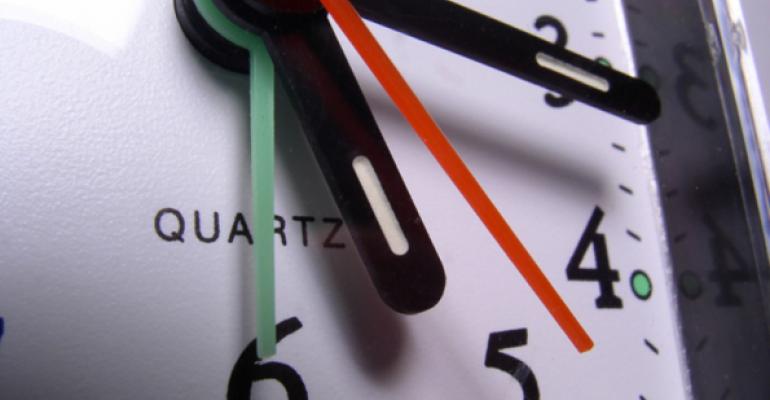 How to Gain More Time

Milwaukee—“I know time blocking is something I should be doing, but there’s so much to do and only so many hours in a day,” John moaned. “How can I gain more time in my day?”

Obviously John can’t change the 24-hour clock; however, there are a number of ways in which he can get more time in each working day.  Effective time management is essentially a proactive form of personal management. Instead of listing a series of action steps for John, I decided to share with him the story of Ivy Lee and Charles M. Schwab.

First off, this Charles M. Schwab was Andrew Carnegie’s right-hand man and president of U.S. Steel, not the founder of the Charles Schwab financial services business.  As the story goes, the steel business was booming, and Schwab was burning the candle at both ends.  Aware of challenges, fellow industrialist John D. Rockefeller Sr. suggested that he meet with his personal consultant, Ivy Lee.  Schwab had little use for consultants, but out of respect for Rockefeller he scheduled Lee for a 20-minute appointment.

Seated behind his large desk, Schwab didn’t bother to rise and greet Ivy Lee; rather, he brusquely informed him of his disdain for consultants and reminded him that he was scheduled for only 20 minutes.  Lee began by asking Schwab to outline his vision for his steel company.  Schwab responded immediately, and clearly articulated his thoughtful vision.  Lee then asked him to write down the most important task he had to complete the following day directly linked to achieving his vision.  Schwab thought for a few moments and jotted something down.  Lee then asked him to list the second most important thing he needed to complete, continuing this drill until Schwab had create a six-item “to-do” list.

Schwab was then instructed to take his “to-do” list home, review before retiring to bed, and work through the list the following day.  Upon completing task number one, he was to cross it off, complete the second task, and so on throughout the day.  At the conclusion of the day, he was to create another six-item “to-do” list and follow the same process.  If one task required more time than expected and other items weren’t completed, they would move to the top of the next day’s list.

In less than 15 minutes, Ivy Lee was finished.  Upon leaving, his final instructions were for Schwab to work this six-item “to-do” list process every working day for a month and then send him a check for what he thought this advice was worth.

Five weeks later Ivy Lee received a personal note from Charles Schwab thanking him for his advice, expressing the value he’d already received from following his advice, with  a check for $25,000.  All for helping a business tycoon create a prioritized “to-do” list!

John’s reaction to this historical excerpt was similar to that of most advisors when I share the story; calculating the present value of $25,000.  It’s after doing this present value conversion that eyes are wide open to the value real achievers place on their time. John was no different.  In time-management circles, the daily “to-do” list is often  referred to as the Ivy Lee Formula.

I explained to John that his first step in applying the Ivy Lee Formula is clearly defining his vision for his financial practice.  This goes beyond annual production goals.  Certainly as president of U.S. Steel, Charles Schwab was dealing with numerous annual objectives.  Yet, it was his long-range vision that allowed him to see the forest through the trees and create a prioritized “to-do” list that was linked to his vision.

4.     Write the upcoming day’s date and list the top six tasks that YOU must complete.

5.     Review your priority “to-do” list prior to going to sleep at night.

7.     Create a new, revised daily priority “to-do” list before leaving the office at the end of each day.

Execute the above for a month as Charles Schwab was instructed, and you’re likely to have a similar epiphany.  Five weeks later, John didn’t send me a check for $25,000 as instructed (tongue firmly implanted in cheek) but he did call to give me a report.  In his words, “I gained at least three hours a day and never would have thought it possible.”

Now all John’s calls are screened, he answers e-mails for 15 minutes at two set times a day, all administrative tasks are delegated, service models that have been in place and loosely followed are now being executed with precision, and he holds a weekly team meeting every Monday morning.

I’m sure John’s still refining his time management as there is always room for improvement.  Now it’s your turn to accept the Ivy Lee Formula challenge for a month. Then e-mail me at [email protected] (or try my Twitter handle, @mattoechsli) and let me know what it was worth to you.