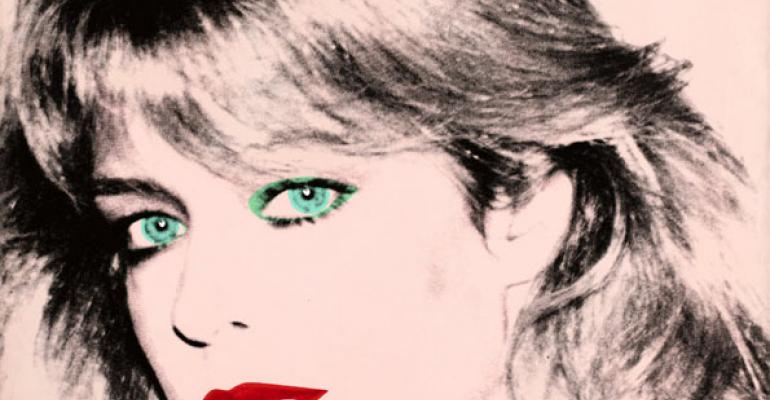 The University of Texas isn’t backing down from its fight to obtain an Andy Warhol print of the late Farrah Fawcett valued at up to $30 million, as a trial over the painting kicks off Wednesday in Los Angeles.

In a case that began in July 2011, the University of Texas at Austin claimed that Fawcett’s longtime ex-boyfriend, actor Ryan O’Neal, stole one of two paintings Warhol completed of Fawcett in the 80s.  O’Neal allegedly took the silkscreen painting from Fawcett’s house after the Charlie’s Angels star passed away from cancer in June 2009 at 62.  But Fawcett set up a trust leaving her entire art collection to the university, which it claims included both Warhol paintings.

While there’s no question O’Neal took the painting after Fawcett’s death, the actor claims he rightfully owned the second copy of Warhol’s painting.  According to O’Neal, Fawcett merely stored the lithograph her house because it made his then-girlfriend uncomfortable.  During a deposition, O’Neal told attorneys, “I took it to Farrah and said, ‘Keep this for me.  I’ll be back.’”

Complicating the issue is the murky quality of the relationship between Fawcett and O’Neal.  They were together for 18 years and share a son, Redmond O’Neal, as well as co-owned several properties.

But the university maintains Fawcett owned the painting from at least 1998—a year after the couple split up—until her death.  Backing up its case is the fact that Fawcett insured both paintings and later signed documents loaning both to the Warhol Museum for an exhibit.

University trustees say they received a tip about the second Warhol from Fawcett’s college boyfriend, Greg Lott, who revived his romance with the actress in the last decade of her life.  When the university eventually traced the painting to O’Neal, it filed a civil suit in California federal court in July 2011.  That case was dismissed and later refilled in Los Angeles Superior Court in August 2011.  The current case is a civil case, rather than a probate case, which is why there’s a jury trial, according to California estate attorney Ken Ostrove.

Ostrove, who isn’t involved in the case, says that it’s not uncommon for celebrity estates to end up tied up in litigation, pointing to Michael Jackson’s estate case.  “Seems like with every other one, there’s some controversy,” he added.

Another potential witness for the university is Craig Nevius— a friend and producer of Fawcett’s reality show Chasing Farrah—who publically weighed into the dispute, calling O’Neal a thief.  Nevius’ claims led O’Neal to file a $1 million defamation suit, which is still pending.

O’Neal is represented by high-profile celebrity attorney Martin Singer of California-based Lavely & Singer. Singer, who has been called “guard dog to the stars,” didn’t respond to requests for comment on Wednesday.  Edith Matthai of Robie & Matthai is representing the University of Texas.